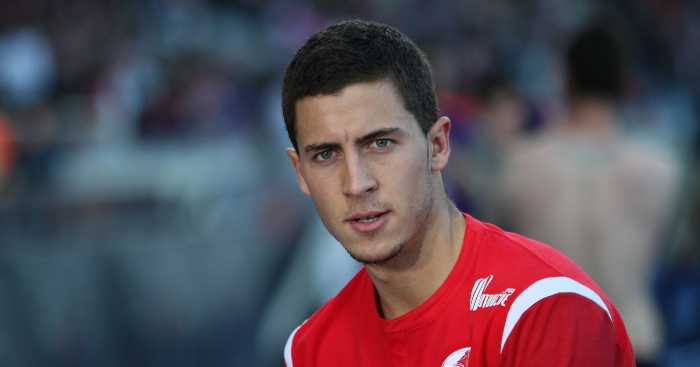 Apart from looking into a crystal ball, playing Football Manager is often the best way to find the next big thing in world football.

While the game has correctly predicted the future success of several superstars over the years, not every player lives up to their potential.

After a Reddit user picked out 33 of the most eye-catching wonderkids from Football Manager 2011, we’ve decided to look at how these players have fared since.

Areola had to wait until 2013 before making his senior debut but has since made over 100 appearances in all competitions for PSG.

Having moved to Manchester United as a successor to Edwin van der Sar in 2011, De Gea is now in his 10th season at Old Trafford. He was really good, and then, erm, less so, but he seems to be getting good again, maybe…

“The way he is looking, he could be our best ever player. He may be one of the best players we have ever had, no matter where we play him,” Ferguson said in 2013.

It’s fair to say he’s not quite lived up to the billing so far.

Coates joined Liverpool in 2011 but made just 12 Premier League appearances for the club before being sold to Sunderland in 2015.

The centre-back is currently playing for Sporting Lisbon and remains as error-prone as ever, conceding three penalties in one game in September 2019 before being sent off in the same match.

After making 249 appearances during an eight-year spell the Yellow Submarine, Musacchio joined AC Milan on a permanent deal in 2017.

Sakho joined Liverpool in 2013 and became an instant fan favourite at Anfield before numerous disciplinary issues led to him being sold to Crystal Palace.

No, we’ve never heard of him either. He’s still playing for Shakhtar in case you were wondering.

The defender became one of Roy Hodgson’s doomed signings at Liverpool shortly before this game was released but failed to make the grade at Anfield.

After making just nine appearances for the Reds, he returned to Scotland in 2013 and is now playing for Colorado Rapids in the MLS.

Since joining Chelsea in 2012, Azpilicueta has been a model of consistency for the Blues and was appointed club captain in 2019.

Once tipped as the “heir to Maldini” by Marcello Lippi, Santon failed to live up to such potential across two spells with Inter, which were punctuated by four years at Newcastle.

The full-back is now plying his trade for fellow Serie A side Roma.

When Ramsey joined Nottingham Forest on loan in November 2010, we doubt anyone would have predicted that he’d be playing for Juventus in 2020.

Signed by Liverpool for just £8.5million in 2013, Coutinho was sold to Barcelona for a staggering £142million five years later. Sure, the move hasn’t gone to plan so far, but there’s no doubting his ability.

The all-action midfielder joined Newcastle in 2013, where his impressive performances over the next three years led to a £30million move to Tottenham.

As any Football Manager player worth their salt knows, Ajax are renowned for developing some of the very best talents in European football, and Eriksen has been one of their biggest success stories in recent years.

One of the few successes from Spurs’ post-Gareth Bale splurge, the Denmark international spent a productive seven years in north London before moving to Inter Milan in 2020.

Pjanic moved to Roma in 2011, where he emerged as one of world football’s best free-kick takers. A trophy-laden spell at Juventus followed, before a summer transfer to Barcelona in 2020.

Safe to say, Football Manager got this one right.

Despite being regarded as the next big thing, Canales failed to make much of an impression at the Bernabeu and left Real Madrid after one season.

The attacking midfielder has remained in Spain, enjoying spells at Valencia and Real Sociedad before joining Real Betis in 2018.

Plucked from the Shaktar battery farm on Copacabana beach, Costa scored 29 goals in 141 games for the Ukrainian outfit and earned himself a move to Bayern Munich in 2015.

He has since been passed between the German giants and Juventus in the manner of an unwanted Christmas present despite serving both clubs well.

On the face of it, a career trajectory that reads Porto-Monaco-Real Madrid-Bayern Munich-Everton seems very Football Manager.

Alongside an impressive club career, Rodriguez will also be forever associated with the 2014 World Cup.

His performance against the great Barcelona team in 2011 prompted many to declare Wilshere as England’s ‘next big hope’.

Unfortunately, this proved the kiss of death as injuries have curtailed the midfielder’s career. To demonstrate this sad decline, he recently suffered the indignity of being released by West Ham.

Still, we’ll always have that goal against Norwich.

Having moved to England following the Blues’ Champions League win in 2012, Hazard was a talisman at Stamford Bridge and won a clean sweep of domestic honours alongside two Europa League titles.

We may be accused of ridiculously high standards, but we can’t help but feel that Jovetic didn’t fulfil his huge potential.

After impressing for Fiorentina, Jovetic was bought by Manchester City in 2013. He never settled in England and moved to Inter Milan three years later before spells at Sevilla and Monaco, where he remains to this day. 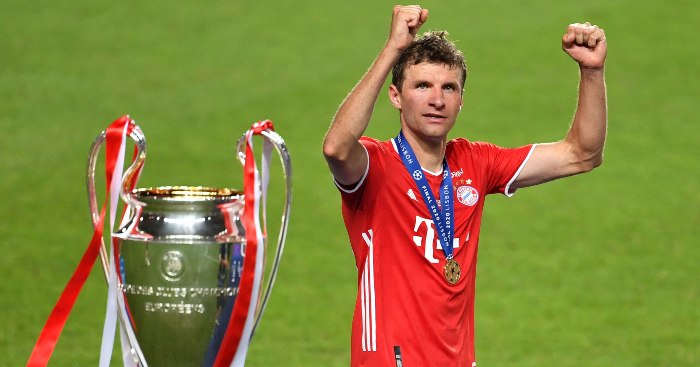 READ: Can you name every player who’s won the Champions League & World Cup?

Possibly the most famous Austrian since Arnold Schwarzenegger, Alaba has been an integral part of Bayern’s team for the last decade.

The full-back has made just under 400 appearances for the club, winning nine Bundesliga titles, six DFB-Pokal’s and two Champions Leagues.

The midfielder has gone from strength to strength over the past decade, building on his time with PSV and Newcastle to become part of Liverpool’s current all-conquering line-up.

The two goals Wijnaldum scored in their remarkable 4-0 victory over Barcelona in May 2019 will live long in the memory.

The fact that he’s now the most expensive player of all time probably speaks for itself.

READ: Football Manager sims how PSG would fare with a team full of Neymars

Despite only being 17 when Football Manager 2011 was released, Lukaku had already scored over 20 goals for Anderlecht’s first team.

The striker maintained his impressive goal-scoring record during an eight-year spell in the Premier League before joining Inter Milan in 2019.

Pato had the world at his feet after bursting onto the scene at AC Milan but injuries began to take their toll and eventually derailed his promising career.

The Brazil international faded into obscurity before making a brief return to Europe with Chelsea and Villarreal.

He agreed to terminate his contract with Sao Paulo in 2020 and has linked with a move to Championship side Birmingham City.

Best known for that disastrous spell at Arsenal, Sanogo was released by Toulouse in 2020 after scoring 16 goals in 72 appearances for the Ligue 1 side.

Having won the Golden Boot in the 2010 World Cup, Muller was already a household name when Football Manager 2011 when released.

The 31-year-old hasn’t looked back since, winning countless honours for Bayern Munich and lifting the World Cup with Germany in 2014.

While Schurrle struggled for consistency at club level, he still scored Germany’s final two goals in the 7-1 win over Brazil and then provided the assist for Mario Gotze’s winning goal against Argentina in the 2014 World Cup final.

He terminated his contract with Borussia Dortmund at the end of the 2019-20 season and decided to hang up his boots at the age of 29.

“The decision has matured in me for a long time,” Schurrle told German newspaper Der Spiegel. “I no longer need the applause. The depths became deeper and the highlights less and less.”

Never one to shy away from the limelight, Balotelli’s three years at the Etihad included two trophies, plenty of off-field antics and one ‘Why Always Me?’ undershirt.

The Italy international was shipped off to AC Milan in 2013 before returning to England and enduring a disastrous spell with Liverpool.

After being released by Brescia in 2020, he has been training with Franciacorta, a fourth division semi-professional team in Italy.

Son starred for Hamburg and Bayer Leverkusen in the Bundesliga before completing a £22million move to Tottenham in 2015.

The South Korea international had a difficult first season at the club but has since become one of the best players in the Premier League, developing a brilliant partnership with Harry Kane.