Where are they now? A ‘new Ronaldo’ for every year since 2008 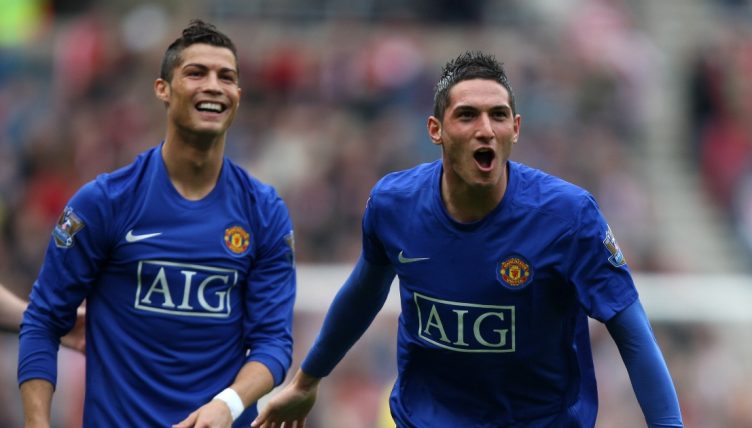 Cristiano Ronaldo is one of the most singular footballing talents of all time. But that hasn’t stopped pundits from predicting the ‘next CR7’ whenever they can.

Over the last 15 years, a raft of promising youngsters — some better than others — have been compared to the legendary Portuguese forward. A few have shown glimpses of genius; others have done a Fabio Paim.

Could any of this lot reach the heights of the real Cristiano Ronaldo?

In the summer of 2008, Cristiano Ronaldo had just won the Champions League with Manchester United, scoring a towering header in the final against Chelsea.

According to the Daily Mail, fans of Portuguese club Rio Ave claimed Alipio “was the most promising player to emerge in Portuguese football since Manchester United star Ronaldo came through the ranks at Sporting Lisbon”.

Madrid defender Pepe added that Alipio had “a spectacular talent”.

But the midfielder failed to make a first-team appearance at the Bernabeu and ended up playing for clubs in the UAE, Cyprus and Greece before moving to Brazilian second-tier side Fortaleza.

Now 29, he has scored 14 career league goals and is currently unattached.

Ronaldo left Manchester United in 2009. His No.7 was taken by Michael Owen, but those at United hoped various promising youngsters might fill the giant void in attack.

“He was the real jewel of Lazio’s youth team,” Patarca explained. “He is tall and languid, speedy too, and that is a rarity — Federico definitely resembles Ronaldo.”

There were other potential successors within the side too, and few more promising than a tricky 21-year-old Frenchman named Gabriel Obertan.

“I am not Ronaldo’s successor,” Obertan teased. “For now there is no comparison; I am just trying to be Gabriel Obertan.”

After several years in the English second tier, 30-year-old Macheda now plays for Panathinaikos in Greece.

Thirty-three-year-old Obertan, who helped Erzurumspor win promotion to Turkey’s top flight in 2019-20, should have tried harder to be like Ronaldo. The Frenchman is currently without a club.

Very early in his career, Sporting Lisbon youngster Bruma was labelled the “next Cristiano Ronaldo” by Portuguese publication A Bola.

He almost came to England too: a 2010 Daily Mail article linked the young Portuguese with Tottenham in a move that would have seen Roman Pavlyuchenko move the other way.

In the end, however, the youngster stayed at Sporting for three more years.

“I really like Cristiano Ronaldo,” Bruma said in 2013. “I think he’s got a lot as a player and I don’t mind saying that I try to copy what he does. Who knows? I might be able to achieve what he’s done one day.”

Cristiano Ronaldo scored 53 goals in 54 appearances over the 2010-11 season, a preposterous tally that most players wouldn’t dream of hitting.

But that didn’t stop 17-year-old Argentine winger Lucas Ocampos from comparing himself to the Portugal forward.

“Everybody wants to be like Messi, but Ronaldo is the one I like,” said Ocampos, then a River Plate player, in 2011. “I try to imitate him.”

In 2018, he helped Marseille reach the Europa League final but left France a year later to join Sevilla. The Argentinian is one of the La Liga side’s standout players.

Portugal defender Jose Fonte has made some bad calls over his career. His 2017 transfer to West Ham, for example, turned out very badly.

And the centre-back has made some not-so-great player judgments too.

In December 2012, Fonte likened Southampton newbie Gaston Ramirez to CR7, who had somehow just enjoyed an even better season than the last, scoring 60 times in 55 games.

Fonte did, however, warn Ramirez that he would have to train incredibly hard to reach Ronaldo’s level.

“Ability-wise [Ramirez] is up there with the best,” Fonte mused. “His technique, creativity and vision of the game…are better than everyone else in the team at the moment.”

Gravely, however, he added: “If you don’t work, sooner or later you’re going to start going down in your career.”

Ramirez, not heeding the warnings, started going down in his career: spells at Hull and Middlesbrough were followed by a move to Sampdoria, and the midfielder missed out on Uruguay’s 2018 World Cup squad. Nowadays he’s at Silvio Berlusconi’s Monza in Serie B.

Rewind nine years and the tabloids were full of stories about Alvaro Vadillo, an exciting Spanish winger on the books at Real Betis.

There was some justification behind the hype. When Vadillo made his debut in 2011 at 16 years of age, he became the youngest player to start a match in La Liga.

Rumours of a move to Real Madrid followed, and Vadillo was frequently compared to Ronaldo.

Though the midfielder is still only 27, his career to date has underwhelmed. Zero league goals at Betis preempted a move to second-tier Huesca in 2016. He is currently on loan at Malaga from Espanyol.

And Solskjaer has won it! Not the Champions League, of course, but the prize for silliest comparison of 2014.

In February of that year, the Norwegian cult hero argued that Wilfried Zaha — then frozen out of the first team at David Moyes’ Manchester United — could become the next Cristiano Ronaldo.

“He is one of the best I have seen with the ball,” Solskjaer said. “He can grow up to become a proper player like Ronaldo if he wants.”

In truth, the Norwegian did stress that he didn’t “really want to compare Wilfried with Cristiano”, but then he went and compared them all the same.

Zaha made a permanent return to Crystal Palace in 2015 and has since become one of the Premier League’s most exciting attackers. Aged 29, he has 26 caps and five goals for the Ivory Coast.

He currently boasts his best-ever Premier League return of 13 goals. If that big move doesn’t happen this summer, it probably never will. 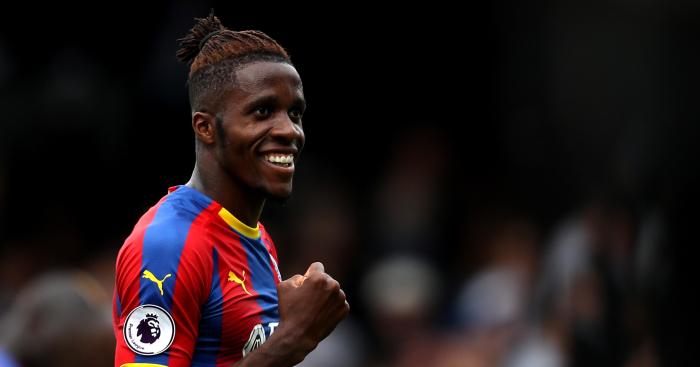 As a teenager, Goncalo Guedes was frequently compared to Cristiano Ronaldo after impressing in Benfica’s B side.

But 2015 was a bad time to be compared to Ronaldo, who had just reached his highest ever goal tally: 61 goals in 54 appearances.

Guedes had scored no goals in nine appearances that season, but strong showings over the next two years earned him a move to PSG in 2017, where he made eight appearances before joining Valencia, first on loan and then permanently.

The 25-year-old made over 50 Portugal appearances at youth level, which sounds impressive until you remember that Fabio Paim made 42.

“I hope Martial can emulate what Ronaldo did at United,” he told the International Business Times in 2016. “Martial has got the ability, strength; he is skilful and he is hungry to learn.”

Saha did, however, emphasise Ronaldo’s absurd and unmatchable commitment to the profession.

“The difference when you compare any player to Ronaldo is that he was obsessed about his game,” he said. “You know he doesn’t sleep without thinking about football and that quality is really hard to see in other players right now.”

Martial scored 17 goals in his debut United season — Ronaldo scored just six in his — but has struggled to replicate that form on a consistent basis ever since. He’s currently struggling on loan at Sevilla and looks set to return to Old Trafford with his tail between his legs in the summer.

“He could be the successor to CR7,” Boavista manager Jorge Simao said of Jota in 2018. “I’m not afraid to say it as I think it could happen. He has the potential for it.”

Eyebrows may have been raised when Liverpool paid Wolves an initial £41million to sign Jota in 2020, but he looks worth every penny – 34 goals in 80 appearances is not bad going. Even the most ardent of Reds would find it difficult to describe the 25-year-old as the next Ronaldo, however.

In June of 2018, The Sun linked Manchester City with teenage Sporting forward Rafael Leao, another “new Cristiano Ronaldo”, who had made just three senior appearances for his club at the time.

But he was at Sporting during a time of political turmoil and joined Lille in August 2018.

A promising debut campaign in France brought a move to AC Milan, where he has scored 26 goals in 113 appearances to date.

Leao’s shining at the San Siro and could soon be a Scudetto winner. The comparisons to Ronaldo aren’t stopping in 2022 – although this time they’re with the Brazilian ‘Il Fenomeno’ Ronaldo Nazario.

“Leao has Ronaldo’s flair, he has the talent to solve games on his own,” former Sporting coach Tiago Fernandes told TuttoMercatoWeb.

“He reminds me of the ‘Fenomeno’ for his speed, technique and explosiveness in the decisive part of the action, qualities that in this season have emerged every Sunday, dragging Milan towards great results.”

Moving for €126million as a teenager is always likely to generate a certain amount of hype, so it should come as no surprise that Felix was compared to his fellow countryman after Atletico Madrid smashed their transfer record to sign one of the most sought-after prospects in Europe from Benfica.

But Benfica youth coach Bruno Lage tried to play down such comparisons, telling CNN: “It’s unfair the comparisons that are made between Joao, who is starting his career with one of the best players of all time like Cristiano Ronaldo.

“I’d like to see Joao be true to himself and keep the attributes which distinguish him from the others. He doesn’t have to compare himself to Ronaldo.”

Felix has had his ups and downs at the Wanda Metropolitano, alternating between flashes of brilliance and periods of anonymity, but he helped Atleti win La Liga in 2020-21 and dump Ronaldo’s United out of the Champions League earlier this season. Fair play.

Born in Guinea-Bissau, Joelson Fernandes moved to Portugal in 2014 and has inevitably been given the Ronaldo tag after coming up through Sporting Lisbon’s academy.

The 19-year-old was linked with Arsenal, Borussia Dortmund and RB Leipzig but stayed put at Sporting and made four senior appearances for them in the Portuguese top flight. He’s currently on a two-year at Swiss side FC Basel.

Perhaps things are changing in football media, because 2021 went by without any major media outlet or overzealous coach proclaiming some obscure wonderkid capable of matching one of the most prolific goalscorers in history. Boring.

However, we did get a rare self-appointed one… kind of.

“But it won’t be that fast, everything is new and I really didn’t play my best football at the beginning. I felt a completely different pressure than before in Leverkusen.”

We’re not actually sure if anyone expects Havertz to be the new Ronaldo, but the 22-year-old has already scored the match-winning goal in a Champions League final, so he can’t be doing too badly for himself. And the Chelsea forward evidently admires Ronaldo.

“I think many players can look up to the quality, attitude and career of Ronaldo,” the German recently told reporters. “That is the target to which we work. It’s also for them to adapt, there is still a time of adaptation to the rhythm and schedule.”

Disappointingly, we’re yet to hear about another “new Cristiano” so far this year, but keep an eye out.

Transfer silly season is nearly upon us and we’re sure there’ll be some kid about to have a ridiculous amount of pressure heaped on them.