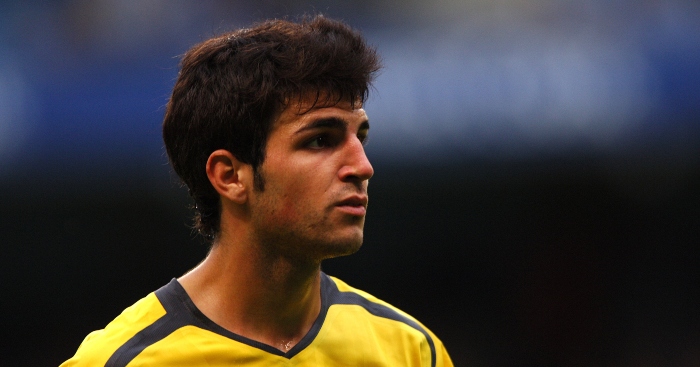 Arsenal have always given youngsters a chance in the first team and a few of them made an immediate impact in the Premier League.

From Cesc Fabregas to Gabriel Martinelli, the Gunners have had some talented young players over the years but not all of them made it at the club.

We’ve listed the club’s youngest ever goalscorers in the Premier League to see what they’re up to now.

Having already scored in the League Cup, Fabregas got his first Premier League goal against Blackburn Rovers in August 2004.

The midfielder went from strength to strength after that and became a key player for the Gunners before joining Barcelona in a £28million deal in 2011.

He returned to the Premier League with Chelsea three years later and the Spaniard is now playing for Monaco in Ligue 1.

Gnabry scored his first league goal in his third appearance in the competition, netting the opener in a 2-1 win against Swansea City in September 2013.

The winger failed to add to that first Premier League goal, but he is now scoring on a regular basis for Bayern Munich.

Oxlade-Chamberlain arrived at Arsenal from Southampton in 2011 and scored twice as Arsenal beat Blackburn 7-1 in February 2012.

The midfielder scored another 18 goals for the Gunners in all competitions before leaving for Premier League rivals Liverpool in 2017.

He has bounced back from some serious injury problems and helped Jurgen Klopp’s side win the Premier League title in 2019-20.

Martinelli joined Arsenal in July 2019 and marked his first Premier League start with a well-taken goal against West Ham later that year.

The striker has now scored 10 goals for the club in all completions in 2019-20 and has been hailed as the next big thing at the Emirates.

“He’s an 18-year-old kid with all the enthusiasm but as well, he’s so brave to make decisions, to threaten the opponent every time,” Mikel Arteta said in January 2020.

“He’s all the time in the middle of the goal, waiting for an opportunity to come.”

⚽️ Gabriel Martinelli put Arsenal level – and less than 10 minutes later, they had a two-goal lead

Ramsey left boyhood club Cardiff City for Arsenal in 2008 and opened his goal scoring account in the Premier League with a strike against Portsmouth in August 2009.

He then developed into one of the best midfielders in the league and scored FA Cup-winning goals for the Gunners in 2014 and 2017.

The Welshman left Arsenal for Juventus in 2019, having scored 64 goals in 369 appearances during his 11 years at the club.

Signed as a 17-year-old from PSG, Anelka scored his first Premier League in Arsenal’s crucial 3-2 win over Manchester United in November 1997.

The striker went on to win the Premier League and FA Cup before departing for Real Madrid in 1999 with an overall record of 28 goals in 90 appearances.

Anelka decided to hang up his boots in 2015 and recently completed his coaching badges ahead of a possible career in management.

Having already scored in the Europa League and FA Cup, Saka bagged his first in the Premier League against Wolves in July 2020.

Wilshere made his league debut in September 2008 and scored his first Premier League goal for Arsenal in November 2010, a header against Aston Villa.

Big things were expected from the talented midfielder but his last few years at the Emirates were plagued by fitness issues.

His terrible luck with injuries has continued since joining West Ham in 2018, where he has been restricted to just 15 Premier League appearances.

“It hasn’t gone the way I wanted it to. I’ve missed too much football, I haven’t played enough games,” Wilshere told Stadium Astro in April 2020.

“I want to get my career back on track, get playing games week in, week out and start to feel like a footballer again.”

Walcott joined Arsenal from Southampton in 2006 and scored his first two Premier League goals in quick succession against Birmingham in 2008.

The winger failed to live up to his early promise but still managed to score 108 goals and provide 78 assists for the Gunners, which is not to be sniffed at.

He moved to Everton in January 2018 and has continued to struggle with inconsistency at Goodison Park.

Aliadiere came through the Arsenal academy and scored his first Premier League in a 5-2 win over West Brom in 2002.

However, that proved to be his only league goal for the club, and he decided to leave in search of regular first-team football in 2007.

“If I’d stayed an extra year, maybe I could have taken his spot.”

The forward then had spells at Middlesbrough, Umm Salal and Lorient before announcing his retirement in 2017.

Parlour had already scored in the First Division and then got his first Premier League goal against Sheffield Wednesday in August 1992.

The midfielder went on to win three league titles and four FA Cups during his 12 years at the club before leaving for Middlesbrough in 2001.

After retiring in 2007, he now works as a football pundit on both television and radio with talkSPORT, BBC Radio 5 Live and Sky Sports.