Where are they now? Arsenal’s nine youngest Premier League debutants 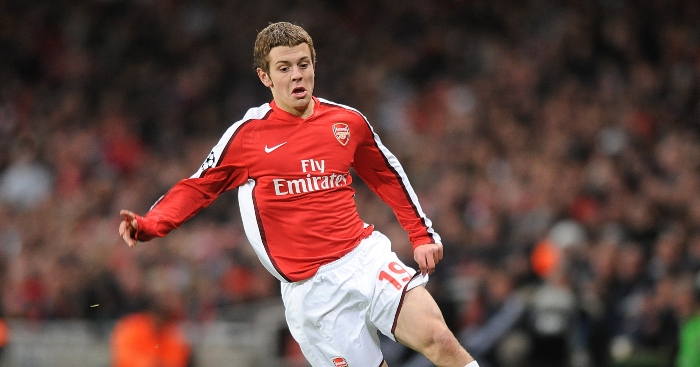 Arsenal have developed quite the reputation for blooding youngsters in the Premier League, and plenty of them have gone on to do great things.

Gabriel Martnelli’s cameo on the opening day of the season ensured the Brazilian was the second player born this century to make his top-flight bow for the Gunners, but he doesn’t even crack the top 10 of youngest debutants in the Premier League era.

Indeed, there are nine players who represented Arsenal in the Premier League before even turning 18, and here’s what they’re up to now. You’ll find one or two very familiar faces on the list.

Wilshere was just 16 years and 256 days old when he replaced Robin van Persie against Blackburn in September 2008, and he remains the only 16-year-old to turn out for the Gunners in the Premier League.

An Arsenal player from the age of nine, his eventual tally of 197 games for the club is comfortably more than most will manage yet feels low for him specifically.

Wilshere finally left Arsenal on a permanent basis in the summer of 2018, joining West Ham United on a free transfer, and scored his first goal for the Hammers this season after more bad luck with injuries.

Gnabry’s league debut came in 2012, while his first start for the club came the same season in that ridiculous 7-5 League Cup win at Reading.

The German looked destined for a long Arsenal career when he scored his first goal for the club early in the following campaign, but a disastrous loan spell at West Brom stopped him in his tracks and he moved to the Bundesliga permanently in 2016.

It turns out that’s all he needed for a second wind, breaking into the German national side and scoring a memorable four goals for Bayern Munich at Tottenham in the 2019-20 Champions League.

Gnabry broke Fàbregas’ record by five days, ensuring the Spain international has to make do with a mere bronze medal position, but Fàbregas did a great deal more in an Arsenal shirt.

After making his cup debut in 2003 at the age of 16, he was thrust into the starting line-up the following year as the Invincibles began their title defence with a 4-1 win at Everton.

That was the first of 212 league games for the midfielder, who eventually returned to boyhood club Barcelona in 2011. He’s now playing in France with AS Monaco, having stopped off to win a couple of league titles with Chelsea in the interim.

Watching Maitland-Niles in 2019, it’s weird to think nearly five years have passed since he first pulled on a red and white shirt and stepped onto a Premier League pitch.

The versatile Londoner’s debut came as a replacement for another double-barrelled player, Alex Oxlade-Chamberlain, late in a 4-1 win over Newcastle United in December 2014 – just days after Maitland-Niles got his first Champions League minutes in a win at Galatasaray.

He played against the Magpies again this season, setting up Pierre-Emerick Aubameyang’s winner on the opening Premier League weekend, and has two milestones – 50 league games for Arsenal and 100 in all competitions – in his sights.

The first 90s debutant on this list is also the first you’re unlikely to know that much about unless you’re an Arsenal (or Luton Town) fan.

McGowan played twice as a 17-year-old in the inaugural Premier League season, starting in a defeat at Sheffield Wednesday and playing 45 minutes of a North London Derby reverse on the final day – the prospect of Arsenal taking on Spurs on the final day of the season these days feels appetising and terrifying in equal measure.

Sadly for the Londoner, he didn’t kick on, playing just seven times in the Premier League before joining Luton – first on loan and then permanently. He retired in 2006 after some time in non-league, and began a new life as a PE teacher in Croydon.

Arsenal’s most recent Premier League debutant under the age of 18, Saka picked up his first minutes against Qarabag in last season’s Europa League before replacing Alex Iwobi in a win over Fulham on New Year’s Day.

Still just 18, the academy product has started four times in the league this season, including an 80-minute run-out at Old Trafford.

Had Walcott made his debut in the month he signed, he’d be second to Wilshere on this list. However, Arsène Wenger decided to ease him in – not that Sven-Göran Eriksson had any plans to do the same at international level.

Walcott had to wait until August 2006 for his first Gunners appearance, replacing Freddie Ljungberg seven months after arriving in North London, but he ended up with just under 400 games for the club in all competitions.

He moved to Everton in January 2018, where he is now battling with fellow ex-Gunner Alex Iwobi for one of the starting spots behind Richarlison or Dominic Calvert-Lewin.

One of the members of the ‘British core’ who was brought in rather than being developed from a young age in N7, Ramsey made his professional debut for Cardiff at 16 and played his first Arsenal minutes about 18 months later.

After making his debut in a Champions League play-off against FC Twente, a first league appearance followed against Blackburn and a first league start arrived at Portsmouth at the end of the 2008-09 season.

The Welshman played more than 350 games in his 11 years at Arsenal, overcoming a serious injury early in his Gunners career, and has already scored his first Juventus goal following a summer move to Serie A.

Akpom was meant to be the next striker to successfully graduate from Arsenal’s academy, after replacing Olivier Giroud for a Premier League debut a month before his 18th birthday.

Born in East London, the frontman was on the Gunners’ books from the age of six and progressed through the ranks to play 12 times for the club, but after a number of loan spells away from the Emirates Stadium he eventually realised his time was up.

Akpom joined Greek side PAOK in 2018 and his eight goals helped them secure their first league title in more than 30 years last season. He opened his Champions League account against Ajax in this season’s play-off round, but it wasn’t enough to prevent a narrow aggregate defeat.