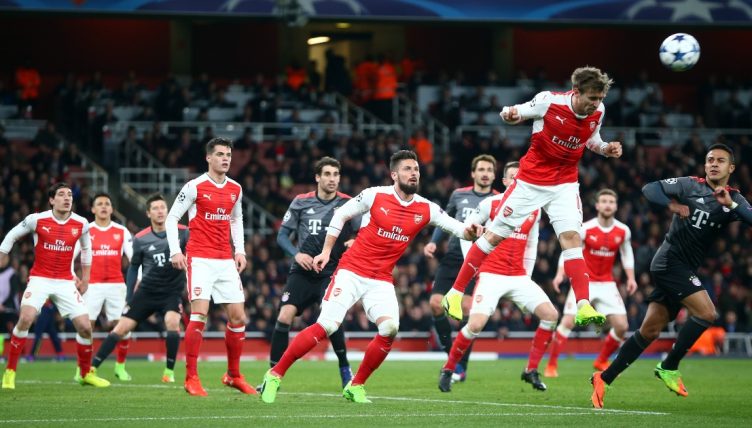 The 2021-22 season is Arsenal‘s first without European football since 1996, which makes a stark contrast to the 19 successive seasons under Arsene Wenger where they competed in the Champions League.

That run came to an end in 2017, when Wenger’s Gunners finished a point outside the top four. They might have guessed that their days in Europe’s top competition were numbered when they suffered a humiliating 10-2 aggregate defeat to Bayern Munich in the spring.

It was the seventh consecutive year that Arsenal exited the Champions League at the round-of-16 stage, but this was the worst of the lot: the perennial Bundesliga champions thrashed Wenger’s men 5-1 in Bavaria before coming from behind to register the same scoreline at the Emirates.

But what became of Arsenal’s last Champions League side? Plenty’s changed since then, and not just in the dugout. Here’s what the rest of that side are doing today.

Having caught the eye with a series of impressive performances between the sticks during Colombia’s run to the World Cup quarter-finals, Ospina joined Arsenal in a £3million deal from Nice.

He spent five years on the club’s books, but struggled to stake a first-team place behind Petr Cech, although he was Wenger’s preferred option in Europe during the 2016-17 campaign.

After the arrival of Bernd Leno in the summer of 2018, the goalkeeper joined Napoli on loan and signed a permanent deal a year later. He remains a squad option at the Stadio San Paolo, having been in and out of their first team under Carlo Ancelotti, Gennaro Gattuso and Luciano Spalletti.

A fashion icon, a vegan and an aggravator of dads everywhere, Bellerin has had his ups and downs – in part due to injuries – since he started to break through at Arsenal back in 2014.

The full-back has since fallen down the pecking order under Arteta and has gone out on loan to Real Betis in a bid to revive his career and make his father happy.

“My dad actually supported Real Betis,” Bellerin told Mundial. “He grew up in Seville, and I grew up as a Betis fan. All my first kits were Real Betis.”

Betis take the lead just before the break! 🟢⚪

There was a time in which Germany international and World Cup winner Mustafi enjoyed a reputation as a pretty solid operator at the back.

That greatly diminished over the course of his five years at Arsenal, while five-goal shellackings liked this – and the sight of the bearded centre-back’s pained expression – became ever more familiar.

After spending a miserable half-season on loan at relegation-bound Schalke, the 29-year-old joined Levante in the summer. At the time of writing, they sit 17th in La Liga and no side in the division has shipped more goals. Sounds about right.

Koscielny had his erratic spells and moments to forget – the 2011 League Cup final, anyone? – but he was a loyal club servant and could be solid as a rock on his day. The partnership he struck up with Per Mertesacker remains the best the club has had since the glory days of Sol Campbell and Kolo Toure.

But in 2019, after nine years of service and over 350 appearances for the club, he left under something of a cloud by refusing to go on a pre-season tour of the United States in order to force a move back to France. He got his wish, joining Bordeaux – where he remains today.

The Spaniard made 251 appearances for the Gunners between 2013 and 2020, and remains a popular figure thanks to his dedicated playing style. Unlike Koscielny, he received a warm send-off when he left for Real Sociedad.

Having been reduced to a peripheral role during his final months at Arsenal, he became much more of a first-team regular in San Sebastian. Back in April, he won the Copa del Rey with La Real, adding to the trio of FA Cups he lifted with Arsenal.

Monreal’s still going strong at the age of 35, and signed a one-year contract extension to keep him at Anoeta until 2022.

For six-and-a-half years of service, for 250 appearances, for 10 goals, for 20 assists, for three FA Cups, for those equalisers at Old Trafford and Wembley, for your unwavering consistency, and for being our very own #LaCabra, we just want to say…

Xhaka is the great survivor – the only player that remains at the club. The Switzerland international was reportedly close to joining Jose Mourinho’s Roma after impressing at Euro 2020 – with many fans’ blessing, if you go by social media – before doing a U-turn, signing a new contract that runs to 2024.

When Oxlade-Chamberlain joined Arsenal as a highly-rated teenager in 2011, their fans would no doubt be delighted to be told he’d one day lift the Premier League and Champions League trophies.

Unfortunately for the Gunners, he’s done so in the red of Liverpool, having jumped ship to the side that pipped them to a top-four finish in 2017. Injuries have stopped the England international from being a regular in Jurgen Klopp’s first XI, however. 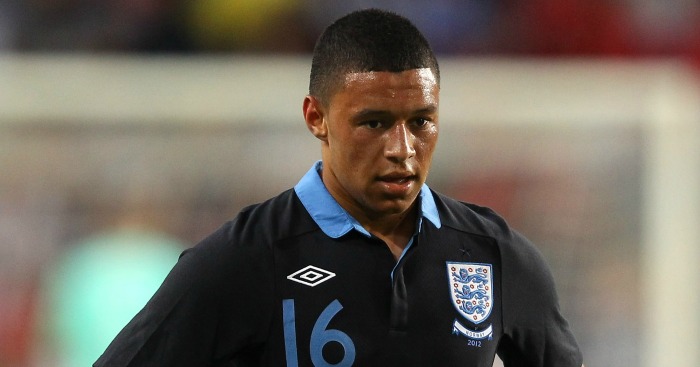 In 2019, when his contract at Arsenal expired, Ramsey did what so many great players do and joined Juventus for a free transfer – having left some wonderful memories from his 11 years at the Emirates.

Inevitably, the Wales international won the Serie A title with the Old Lady during his debut, but he’s fallen out of favour during their subsequent struggles. Reports in Italy suggest Ramsey may even be offloaded as soon as January.

Coquelin left Arsenal for Valencia in 2018 and is now playing under Unai Emery at Villarreal.

Walcott is back at his boyhood club Southampton, and in spite of making nearly 400 appearances for the Gunners across 12 years, he still celebrated when he scored on his return to the Emirates in December 2020.

And you know what? Fair play to him. More players daring to celebrate against their old teams, please.

Having left Arsenal for London rivals Chelsea in January 2018, Giroud scored 39 goals in 119 appearances for the Blues but mostly just a fringe player. Still, whilst there he won the FA Cup, Europa League (at Arsenal’s expense) and the Champions League before signing for AC Milan in 2021.

Ozil long and sad goodbye was complete in January 2021, when he joined Super Lig giants Fenerbahce, after one final half-season at the Emirates ousted from Arteta’s first-team squad.

Arsenal might have seen little from replacement Henrikh Mkhitaryan, but they rest easy knowing they got the best years of Alexis Sanchez’s career after the Chilean went on to flop at Old Trafford – their only regret ought to be not cashing in a few months earlier.

The Chilean then went on to join Inter Milan on a season-long loan before sealing a permanent move the following summer – at Manchester United’s great expense – and winning the Scudetto under Antonio Conte.

Lucas Perez scored seven goals in 21 appearances for the Gunners, spending just one season with the club before rejoining Deportivo La Coruna on loan in 2017. Stints at West Ham and Alaves followed before the striker joined Elche in 2021.