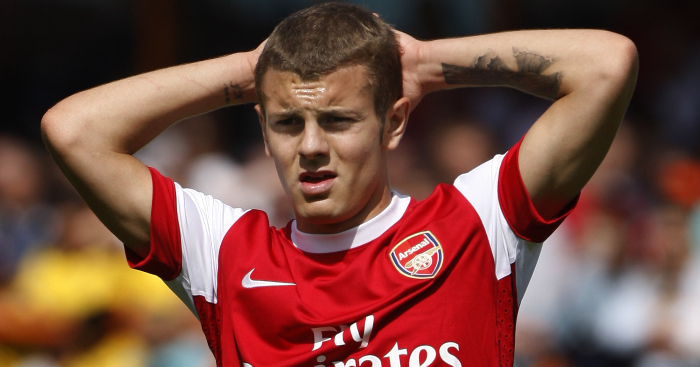 When Football Manager 2011 was released back in November 2010, it was a challenge turning Arsenal into a title-winning side, but there was certainly plenty to work with.

In the real world, there was increasing tension. The ‘Invincibles’ became a distant memory as one by one each of those players moved on. Arsenal Fan TV, meanwhile, was just a couple of years away from launching.

Yet there was some optimism with a decent crop of young players, with FMScout.com earmarking six wonderkids from that year’s edition. Here’s how things turned out for them, 10 years on.

Poland’s No.1 quickly established himself as first-choice at Arsenal, but those early years saw some erratic performances and question marks over his conduct, infamously smoking in the dressing rooms after a particularly error-strewn display at Southampton in 2015.

The Gunners brought in Petr Cech to add some title-winning pedigree and experience, paving the way for Szczesny to join Roma on loan.

It was in Serie A that the goalkeeper started fulfilling his potential on a more consistent basis, earning a transfer to Juventus in 2017. A three-time Scudetto winner, Szczesny has the honour of being Gianluigi Buffon’s successor in Turin.

In spite of a horror leg-break early on his Arsenal career, Ramsey went on to scale the heights expected of him, playing a starring role in the last three FA Cups won under Wenger.

One of the standout players of the Emirates era, the Wales international eventually went on to fulfil his ambitions elsewhere, signing for Juventus on a free transfer in 2019.

Ramsey was on the periphery as Juve won the Serie A under Maurizio Sarri in his debut campaign in Italy but has been more of a regular under Andrea Pirlo this season.

Brazilian left-back Botelho was snapped up by Arsenal before his 18th birthday, signing from Brazilian side Figueirense in the summer of 2007. This didn’t prove as wise an investment as success stories like Cesc Fabregas or Hector Bellerin.

Evidently still thought of as having promise back in 2010, Botelho was midway through his five-year stint on Arsenal’s books, never making a first-team appearance and spending his entire time at the Emirates out on loan to clubs in Spain.

He returned to Brazil in 2012, signing for Atletico Paranaense, and has been something of a journeyman back in his home country ever since. He’s currently with regional minnows Rio Branco, the eighth club he’s been at since leaving Arsenal.

Part of the quintet that signed new Gunners deals together in 2012, alongside Ramsey, Carl Jenkinson, Alex Oxlade-Chamberlain and Jack Wilshere, Gibbs was once thought of as the club’s future.

That was certainly the case for a while, with the left-back making over 200 appearances across a 10-year period, eventually departing for West Brom in the summer of 2017.

The Boing Boing Baggies have lived up to their nickname during his time at the Hawthorns. Gibbs suffered relegation during his first year with the club before coming back up two years later. Anything but another relegation in 2020-21 looks a tall order.

Sports Interactive obviously knew what they were talking about, given the defining performance of Wilshere’s career came about three months after the original release of FM2011, at home to Pep Guardiola’s all-conquering Barcelona in February 2011.

Still 19 then, Wilshere ran the show in midfield, an individual display that’s gone down in Arsenal folklore a decade on. When asked if he learned more from Xavi, Andres Iniesta or Sergio Busquets that night, the man himself recently joked on Twitter: “Couldn’t learn much, they all spent the night in my pocket.”

Unfortunately, a mix of injuries and misfortune stopped him replicating performances like that too often, and he was eventually released when Wenger departed in 2018.

After two years with West Ham, he saw out his contract and was unattached to any club for the first half of the 2020-21 season before rejoining Bournemouth, where he spent the 2016-17 season on loan, in January.

He marked his second full debut for the Cherries in some style.

Like his compatriot Botelho, Wellington Silva never made a first-team appearance for Arsenal, ensuring he’s he’ll be remembered as little more than a curio in recent club history.

And just like Botelho, his time on Arsenal’s books was spent in Spain, with loans at Levante, Alcoyano, Ponferradina, Murcia and Almeria before suffering relegation from the Championship with Neil Lennon’s Bolton in 2015-16.

He since signed back for his boyhood club Fluminense, but the latest media reports from Brazil suggest he’s about to sign for Japanese outfit Gamba Osaka.