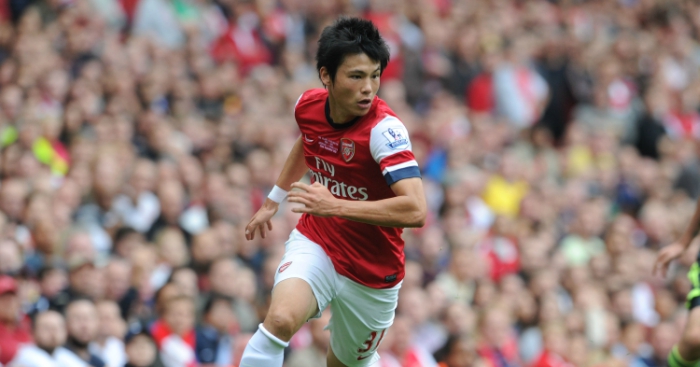 Arsenal are hardly known as big spenders, but they have made some of their biggest and most interesting signings in January over the years.

Arsene Wenger was known as a thrifty operator in the transfer market, but even the Frenchman decided to loosen the purse strings at times.

We’ve looked back at every January signing made by the club over the last 15 years to see how they fared.

The forward was Arsenal’s club record signing when he joined from Sevilla, but his impact at Highbury was perhaps less than hoped.

After being relegated to China’s third tier in 2018, Reyes recently signed for Spanish second division side Extremadura.

Often a figure of fun and hilarity, Eboue has endured a period of personal turmoil in recent years, struggling with depression after being banned from football for a year for failing to pay a former agent.

A return to football with Turkish Cypriot team Türk Ocağı Limasol was scuppered by abnormal blood test results and he later found himself homeless following a divorce.

In July 2018 the former Ivory Coast international was arrested in London on suspicion of arson and ‘malicious communications’. No further action was taken over the claims of arson, but he faces an investigation over the latter.

A career which promised so much was ruined by injury. Diaby left Marseille in 2017 but told Canal Football Club in September of that year: “Retiring? I’ve thought about it, but my conclusion is that I want to work, to rehabilitate myself and to play football again.”

Now 32, he remains without a club.

Joined Arsenal, left Arsenal, pissed off Arsenal. The striker, now with İstanbul Başakşehir, has since admitted he feels an element of “hate” towards the Gunners.

Only Patrick Vieira and Dennis Bergkamp have made more Premier League appearances for Arsenal under Arsene Wenger, but the 29-year-old – he’s still only 29, bloody hell – joined Everton in January 2018, where he has continued to be extremely Theo Walcott.

Poom was signed permanently in January 2006 after spending the first half of the season on loan as Arsenal’s third-choice keeper.

He is, of course, currently Estonia’s goalkeeping coach. Fun fact: Estonia have recently had a second-choice goalkeeper called Mait Toom.

Even Vladimir Putin was involved in the negotiations for Arsenal to land Arshavin, who went on to produce two of their more memorable moments over the past decade with a four-goal haul at Anfield and a famous winner against Barcelona.

The attacking midfielder retired in December 2018 after a spell with FC Kairat in Kazakhstan.

Galindo’s three most recent permanent clubs have been the brilliantly-named Sports Boys Warns, The Strongest and Club Always Ready.

Campbell re-signed for Arsenal following a bizarre spell at Notts County, playing regularly due to injuries in central defence.

The former England international was recently appointed Macclesfield manager but is perhaps best known for being what Neville Southall would describe as “a skeleton”.

Football Manager fans will remember Miyaichi as one of the greatest wingers of all time.

In reality, he only ever made seven appearances for the north Londoners, and his current spell with St Pauli has been blighted by injury.

Back in Brazil, on loan at Internacional from Fluminense, after failing to make an appearance for Arsenal, who loaned out the attacker on six separate occasions.

The beautiful return of the King. Arsenal’s record goalscorer is now doing a very bad job as Monaco manager.

Arsenal had high hopes for Eisfeld after signing the midfielder from Borussia Dortmund, but he has spent the last four years at Bochum following an underwhelming spell at Fulham.

Few fans would have suspected Monreal would go on to become an Arsenal stalwart when the relatively unknown left-back arrived in 2013.

Not being Andre Santos was an initial positive, however.

A god to all Football Manager addicts. Arsenal discovered Kallstrom was carrying a back injury during his medical but decided to still sign the midfielder on loan in 2014.

He only made four appearances but scored a penalty in the shoot-out victory over Wigan in the semi-finals of the FA Cup. The midfielder retired from football in December 2017. 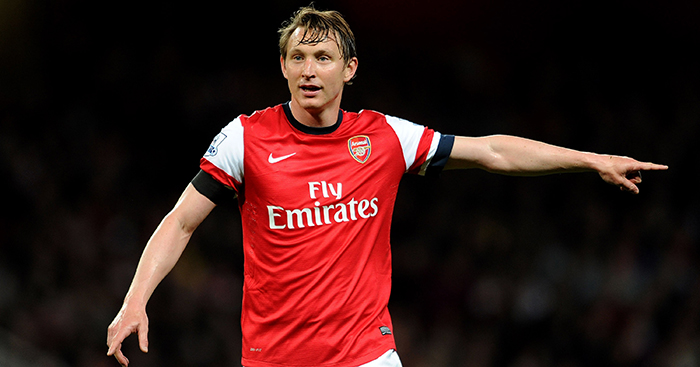 The 20-year-old has played twice for Arsenal in the League Cup but was most recently spotted getting kicked in the bollocks by his own fan on loan at Charlton.

Most recently entered our consciousness after being called “a sh*tty coward” by Luis Suarez in 2018.

We like Elneny. He’s a trier. He’s also nowhere near Arsenal’s starting XI.

Made the leap from non-league to Premier League in 2017 and remains at Arsenal but the left-back has only a miserable season on loan at Birmingham City to show for it.

Arrived as an unknown quantity from Greek outfit PAS Giannina for around £1.8million.

The 21-year-old centre-back was expected to be sent out on loan but was thrust into the first team due to injuries, making three Premier League appearances, catching the eye in a loss to Manchester United but receiving a red card after just 15 minutes in a defeat at Leicester City.

A groin injury has kept Mavropanos sidelined for the past four months, but he recently made his comeback for the club’s Under-23s.

Sven Mislintat played a big role in convincing Mkhitaryan to join Arsenal from Manchester United as part of the swap deal which saw Alexis Sanchez move in the opposite direction.

Injuries have slightly stunted his impact at Arsenal, with the attacking midfielder scoring seven goals and providing nine assists in 37 appearances in a position the Gunners are well stocked.

A club record £56million signing, Aubameyang has taken no time to adjust to life in England, scoring 26 goals in 41 games for the Gunners.