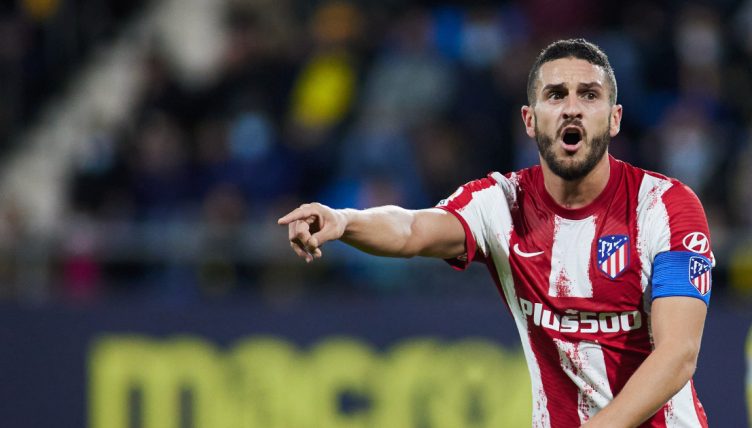 Atletico Madrid are one of the biggest clubs in Spain, with a knack of bringing through some excellent young players.

Football Manager 12 is now 10 years old and in a few weeks, so too will be Diego Simeone’s reign at the helm of the Spanish capital club.

That period has been the club’s most successful in its modern history. So what exciting young talents did the club produce who went on to play a role under Simeone? We’ve taken a look at the three that FM scout labelled as wonderkids.

A true Atletico Madrid legend, Koke is still at the club where he came through as a youth player.

Now 29, the Spaniard made his debut in 2009 and became a first-team regular from 2011 onwards. Under Simeone he has been a mainstay, becoming only the second player in the club’s history to make 500 appearances in May of this year as the side won the La Liga title last season.

It is an impressive one-club career in an era where that is a rarity, and it does not look like ending anytime soon.

From one player who has always stayed at home, to another who has struggled to find one, striker Borja Baston came through hometown club Atletico Madrid’s youth academy just like Koke.

After a successful breakthrough in the B team, Borja played in the final game of the 2009-10 season for Atletico in La Liga but was stretchered off with a serious ACL injury.

He never recovered enough to be in serious contention for the senior team, having five loan deals before eventually moving to Swansea in 2016 where again he struggled to nail down a place, returning to Spain on loan with Malaga and then Alaves.

After half a season with Aston Villa in the second part of the 2019-20 season, he returned to Spain and is now playing for Oviedo in the second division.

Central defender Jorge Polido never quite made it at Atletico, but at Huesca who he joined in 2017 and who he captained to the Segunda Division title in 2019, he has found a long-term home.

He made a few starts for Atletico but a lack of opportunities saw him loaned to Rayo Vallecano where he became a regular in La Liga.

After returning and again having limited opportunities he had a brief stint with Real Madrid in their Castilla side but was released when they were relegated and joined another second division team until moving to Belgium for a season with Sint-Truiden after experiencing another relegation.

He has now made over a hundred appearances for Huesca, however, since joining in 2017 and played a vital part in both of their promotions to the top flight, the first being their first time ever in La Liga.

A consolation strike for Huesca brings their match against Sevilla to a close. Jorge Pulido with a tidy finish. 👏#LaLiga