Where are they now? Barcelona’s 15 wonderkids from FM 2012 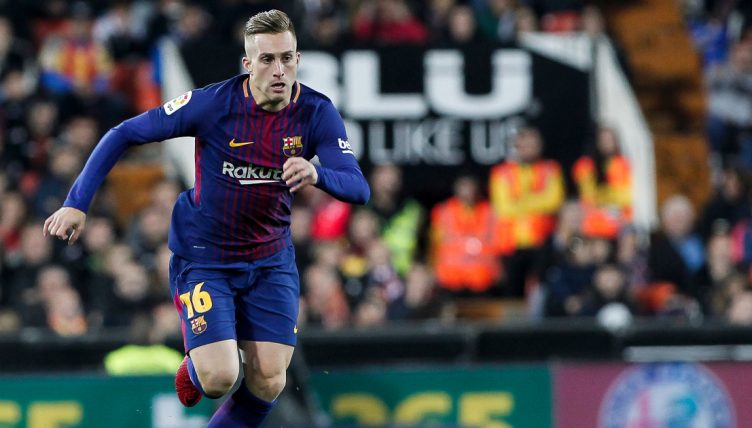 Barcelona arguably have the best academy in the world, with a whole host of world-class players coming through the ranks at La Masia over the years. But how did their 15 wonderkids from Football Manager 2012 get on in real life?

Current manager Xavi, and legends such as Carlos Puyol, Andres Iniesta, Sergio Busquets and of course Lionel Messi all graduated from the academy, and even now the likes of Gavi and Ansu Fati all look set to follow in these footsteps.

When FM 2012 was released, Barcelona’s success at bringing through youth meant that their squad was full of ‘wonderkids’, with FM Scout picking out the best 15. We had a look at who made the grade and who faded into obscurity.

Once mooted as a promising young goalkeeper who could be the next Victor Valdes, Pol Balleste is one of those who never lived up to hype, failing to make a single appearance for Barcelona, before touring around the lower divisions in Spain.

Now 26, Balleste finds himself in the fourth division, playing for UD Melilla.

Bartra actually found his way into the Barcelona first team following the departure of Carlos Puyol, and started with real promise, but his career has had its peaks and troughs.

Bartra moved onto Borussia Dortmund, where he was particularly affected when the team bus fell victim to a terrorist attack shortly before a Champions League knockout game. Now 31, Bartra plays for Real Betis, where he’s been a solid performer under Manuel Pellegrini

Gareth Bale can take the credit for effectively ending Bartra’s Barcelona career, after utterly destroying him in the 2014 Copa Del Rey final.

Eight years on he’s lifted the King’s Cup with Betis. Good for him.

Another centre-back, Sergi Gomez was a highly regarded 18-year old in FM 2012, but failed to play in a single league game for the club.

Nevertheless, he has forged a decent career for himself, picking up a Europa League winners medal at Sevilla in 2020, before completing a move to Barcelona’s other club Espanyol last summer.

The left-sided centre back is one of the more unlucky players on the list. As one of the most highly rated defenders in the academy, Muniesa was on the verge of breaking into the first team when he suffered a serious knee injury which kept him out for most of the season.

In 2013, Muniesa completed a shock move to Stoke City to link up with ex-Barca striker Mark Hughes, before eventually returning to Catalunya with Girona. The Spaniard now plays in Qatar for Al-Arabi.

Going from the sunny Barcelona beach to a wet and windy Stoke, one can only speculate about whether he regrets his career choices.

Martin Montoya came through as a backup for Dani Alves at right-back, and did well for a while, before leaving on loan to Inter Milan and Real Betis.

After spells at Valencia and Brighton, Montoya has found himself a place back at Real Betis, competing with fellow La Masia product Hector Bellerin for a starting spot.

The central midfielder was touted as the next Sergio Busquets, with his excellent passing and vision drawing many admirers whilst in the B team.

However, he failed to break into the team, and after a few loan spells, terminated his contract to move to Japan where, now aged 27, he plays with Andres Iniesta at Vissel Kobe.

Espinosa failed to break into the Barcelona midfield, and moved to Villarreal on a free transfer in 2014. However, the Spaniard continued to struggle, and was eventually loaned out and released. After a few more loans, Espinosa now plays in Cyprus for AEK Larnaca.

The only player on this list still playing for Barcelona, Sergi Roberto, like his age-mates, initially found it tough to break into arguably the best midfield of all time. However, Roberto’s versatility came in handy, as he found a path into the team as a utility right-back.

Roberto became a regular first-teamer, with over 200 appearances for the club in both midfield and full-back, and will forever be remembered in Barcelona folklore for *that* goal against Paris Saint-Germain in the famous remontada.

But there are question marks over Roberto’s future, with his current contract set to expire in the summer. The latest reports suggest he’ll sign a new deal with a 50% pay cut imminently.

With no senior appearances, the midfielder left Barcelona B to sign for Real Madrid B. He later became a starter at Alaves, before earning a move to Watford in the Premier League, where he remains a regular player.

The control from Tom Cleverley and Kiko Femenia is unreal… 🔥🔥@WatfordFC pic.twitter.com/7tPXgpP4Te

The biggest success story from this group, Thiago was highly rated at Barcelona, but with Xavi, Iniesta and Cesc Fabregas ahead of him, a starting spot was hard to come by.

Moving to Bayern Munich in 2013 was a masterstroke, as he became a crucial player for seven seasons, winning every trophy on offer, before joining Liverpool as a bona fide superstar last year.

Barcelona really regret this one… La Masia’s most technically gifted midfielder since Xavi?

One of the highest-rated wingers in the academy at the time, Deulofeu has had a relatively strange career path.

After a fairly successful period at Watford, Deulofeu, now 28, finds himself at the Pozzo’s sister club Udinese in Serie A.

Despite scoring some incredible goals along the way, relegation battles are not what seemed destined for Deulofeu, who would have imagined spending his prime as an integral member of the Barcelona squad back in 2012.

This goal will never get old 😱

Another La Masia product turned journeyman, Cuenca would go on to play for seven different clubs after leaving Barcelona. He is currently injured, after spending last season in Japan’s top flight with Vegalta Sendai.

The brother of Thiago Alcantara, Rafinha opted to play for Brazil instead of Spain, and has had a relatively good career despite regular injury problems.

Currently on loan at Real Sociedad after warming the bench at PSG, he had two successful spells at Celta Vigo, as well as spending time at Inter Milan on loan. A talented playmaker, he will, unfortunately, have to live in the shadow of his older brother.

One of the best young talents in the world when breaking through, Bojan was widely considered to be the next Lionel Messi.

As a small, technical forward, the comparisons seemed obvious, and the Spaniard looked to be destined for greatness. However, he fell victim to injury, and after failing to rediscover his form, spent time out on loan across Europe.

He ended up at Stoke, where he was impressive despite being the antithesis of what Stoke are all about, but regardless possesses a Champions League medal.

Bojan famously thought he had scored a late winner in the Champions League semi final to send Barcelona through, but the goal was inexplicably disallowed. His career could have panned out so differently if it stood…

Like a few of his old classmates, Bojan now plays in the Japanese top flight with Vissel Kobe.

With one Copa Del Rey goal in Barcelona colours to his name, Jean Marie Dongou was yet another wonderkid who ended up in the wilderness.

Despite turning into a world beater on FM 2012, the Cameroonian currently plays for Spanis lower-league outfit Zamora CF, having spent a spell in the Finnish Veikkausliiga. Not quite Samuel Eto’o.