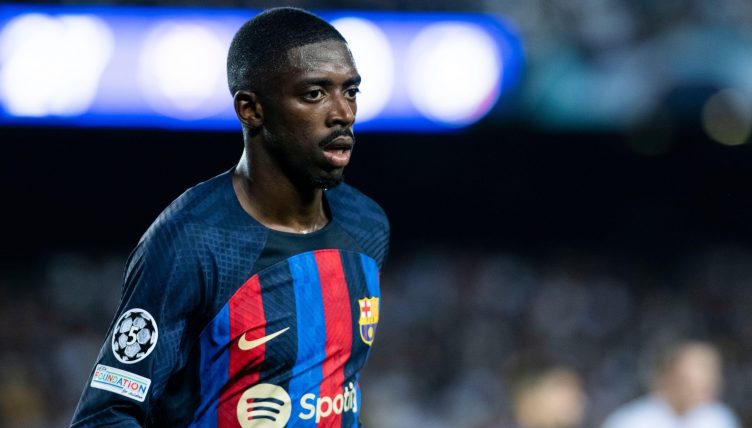 Neymar spent four years at Barcelona following his move from Santos in 2013 and became one of the best players in the world, so replacing him was always going to be a difficult task.

The Brazil international joined PSG in a world-record deal in 2017 and Barcelona reinvested that money in five new signings that summer.

We’ve taken a look at how those five players have fared over the last four years.

Dembele was signed as a like-for-like replacement for Neymar and was the most expensive of the five arrivals that summer, costing an initial £96.8million from Borussia Dortmund.

The France international was regarded as one of Europe’s brightest young talents injury problems have plagued his time at the Camp Nou and the 25-year-old was often criticised throughout his first four and a half years at the club for tardiness and a perceived lack of commitment.

He started to rediscover his best form during 2020-21, however, and was rewarded with a new contract in the summer.

He’s started the 2022-23 season well too, and it seems Xavi is the manager to finally get the best out of the French winger.

The fact that Paulinho is probably the biggest success story on this list is a damning indictment of Barcelona’s 2017 summer transfer window.

Eyebrows were raised when Barcelona signed the former Tottenham flop from Chinese side Guangzhou Evergrande for £36million.

Despite struggling with keepie-uppies at his unveiling, the midfielder silenced his doubters and scored nine goals in 49 appearances as Barcelona completed a league and cup double in 2017-18.

He rejoined Guangzhou Evergrande after that solitary season in Spain and picked up his third Chinese Super League title in 2019.

The 33-year-old was released from his contract by mutual consent in 2021 and joined Saudi Arabian side Al-Ahli on a free transfer. He terminated his contract there after only a few months and is now back in Brazil with Corinthians.

Having impressed at Benfica, Semedo joined Barcelona in a €30million deal and was initially billed as Dani Alves’ long-term successor.

The right-back made 124 appearances in all competitions during his time at the club, winning two La Liga titles and a Copa del Rey.

But he was heavily criticised for his performances in 2019-20 and had his pants pulled down by Alphonso Davies in that 8-2 defeat to Bayern Munich.

Barcelona were surprisingly still able to recoup their money, selling him to Wolves for an initial £27.6million that could rise to £36.6million.

Semedo endured a difficult debut season as Wolves finished 13th in the Premier League but started to kick on under his Portuguese compatriot Bruno Lage.

He had hamstring surgery in summer 2022, but is starting to get back into the Wolves team now and could be imporant for them this season.

We still can’t really work Deulofeu out. The La Masia academy graduate had loan spells at Everton and Sevilla before joining the former on a permanent deal in 2015.

Barcelona decided to trigger the option to re-sign him in 2017, only to hand the winger just 10 La Liga appearances during his second spell at Camp Nou.

After Philippe Coutinho joined the club in January 2018, he was deemed surplus to requirements and returned to the Premier League with Watford.

The Spain international went on to become a fan-favourite at Vicarage Road but joined Serie A side Udinese following Watford’s relegation to the Championship in 2020.

This goal will never get old 😱

Marlon initially joined Barcelona on a one-year loan from Fluminense in 2016, making three senior appearances but mainly featuring for their B team.

The centre-back impressed enough to earn a permanent switch worth €5million, only to then be sent to Nice for the 2017-18 campaign.

He was sold to Sassuolo for €6million in 2018 and made 66 appearances for the Serie A side before joining Shakhtar Donetsk three years later. In 2022, he moved back to Italy with Monza owing to Russia’s invasion of Ukraine.

“My stage in Barcelona was wonderful,” Marlon told Sport in April 2021. “I only have good memories. I arrived at a very young age and the club bet strongly on me. At Barca B I was taught a lot, as well as when I climbed to the first team of Luis Enrique.”

READ NEXT: Outscoring Messi & winning it all: A tribute to Thierry Henry at Barcelona