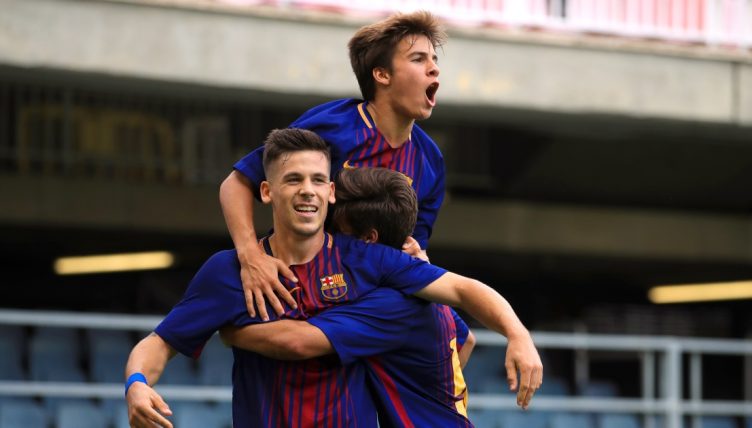 On 23 April, 2018, Barcelona claimed their second UEFA Youth League title with a resounding 3-0 victory over Chelsea’s youngsters in the final in Nyon.

With a side full of La Masia academy graduates tipped to follow in the footsteps of Xavi, Andres Iniesta and Sergio Busquets, the Catalan youth side swept aside the likes of Juventus, Paris Saint-Germain, Atletico Madrid and Manchester City before bettering Joe Edwards’ young Blues in the final.

Three years on, you’d expect a number of the names from that team to have started breaking through at senior level. But is that the case?

After all, of the runners-up, Reece James and Callum Hudson-Odoi went on to win the Champions League with Chelsea, while the likes of Marc Guehi, Tariq Lamptey and Conor Gallagher are establishing themselves as Premier League players.

We’ve taken look at what every member of the Barcelona side that played that final are doing now.

Pena, 22, has been a regular fixture for Barcelona B in the lower reaches of the Spanish football pyramid since 2018. The goalkeeper has also represented Spain at five different youth levels and remains at the Camp Nou.

He’s made over 50 appearances for the reserves and is now on the periphery of the senior set-up, but he’s yet to make his debut for the first team and the jury remains out whether he ever will. He’s under contract until 2023 and reports suggest he may be loaned out to another La Liga club in January.

Born and raised in Majorca, Morey made the switch to the mainland in 2015 and continued his development at La Masia, but saw his progress stunted by knee injuries.

In July 2019, Borussia Dortmund – widely renowned as the best club around for highly-rated teenagers to make that next step – snapped him up on a free transfer. Think Jude Bellingham, Jadon Sancho and Erling Haaland to name but a few.

The 21-year-old made 29 appearances for Dortmund in his first two seasons, but he’s set to miss the entire 2021-22 campaign due to a truly horrific anterior cruciate ligament injury.

Dortmund wearing shirts in the warm up for teammate Mateu Morey, their right back who suffered a nasty injury against Kiel last week. Out for the foreseeable. pic.twitter.com/PSpOCh8PUU

Formerly a regular for Barca B, Mingueza broke through into the first team following the appointment of Ronald Koeman and went on to make 39 appearances for the club in 2020-21

The centre-back has clocked up considerably more minutes for Barcelona’s first team than anyone else in this XI, but he faces harsh critics in the local Catalan press.

Some have questioned if he’s good enough to play for Barcelona after he struggled to cope with Vinicius Junior in the recent 2-1 defeat to Real Madrid, in which he was hooked by Koeman at half-time.

Juan Brandariz Movilla, better known as Chumi, was released by Barca in 2020 after a handful of Copa del Rey appearances.

The defender subsequently signed for Almeria, where he was on the fringes in their Segunda Division campaign last term, but he’s getting more regular opportunities in 2021-22.

Another defender that regularly played for the B team without ever quite making it beyond a few cup cameos for Barcelona’s senior team, Miranda was loaned out to Schalke and Real Betis before sealing a permanent move to the latter in 2021.

The 21-year-old has been a regular for Betis this season and scored his first goal of the season to spark a 4-3 comeback victory over Celtic in the Europa League.

Puig is a fan favourite at Barcelona and one that many have anointed as the next great technical midfielder to make it out of La Masia.

Having been handed his debut in a 4-1 Copa del Rey victory over Cultural Leonesa in December 2018, he began to break through during the 2019-20 season.

However, while Koeman has been more than happy to give youth a chance in other areas, Puig is one academy graduate that’s struggled to impress the Dutchman. Sixteen of his 18 La Liga appearances since the start of 2020-21 have been off the bench.

The midfielder was linked with a move away last summer, but he’s stayed firm and appears to be hedging his bets on outlasting his manager. It might not be a bad strategy.

Right-back Jaime made it onto the pitch for a few seconds to see out the final. He left Barcelona B last summer, joining Pablo Hernandez’s Castellon before re-signing for the Blaugrana in 2021.

Orellana, like goalkeeper Pena, is still playing for Barcelona B but is yet to make his senior debut. At 21, you start to doubt he ever will – though he has caps for Spain at youth level.

The midfielder trained away from the club for a few weeks in the summer of 2021 owing to long-running negotiations over a new deal but returned as one of the B team’s captains in August.

Morer has been more adventurous in his search for first-team football. He moved from Barca B to Jorge Mendes-controlled Famalicao in 2020, but after struggling for opportunities moved again in 2021, joining FC Andorra, a club owned by Gerard Pique.

Collado is still at Barcelona and has at least made a couple of senior appearances. This season, he’s been promoted to the senior squad for good but is another who Koeman apparently dislikes despite him being held in high regard by the club hierarchy.

Reportedly, there is interest in his services from across Europe, including from AC Milan and Sheffield United. It’ll be a tough choice for the lad, that.

After winning the Youth League, Ruiz spent two more seasons with Barcelona, mostly playing for the B team. He did get a couple of games for the first team, scoring the winning penalty in the 2018 Supercopa de Catalunya and making a La Liga bow against Getafe in 2019.

A loan to Braga followed and the move was made permanent in the summer of 2020. In the league, Ruiz’s season was not wildly productive, but in the Taca de Portugal, he was magnificent, banging in seven goals in seven games as Braga lifted the shiny pot.

The 21-year-old also made his senior Spain debut in June 2021 as part of the crop of Under-21 players called up to replace Spain’s Covid-hit senior squad. On his debut, Ruiz missed a penalty, but it wasn’t all bad as Spain’s boys beat Lithuania’s men 4-0. 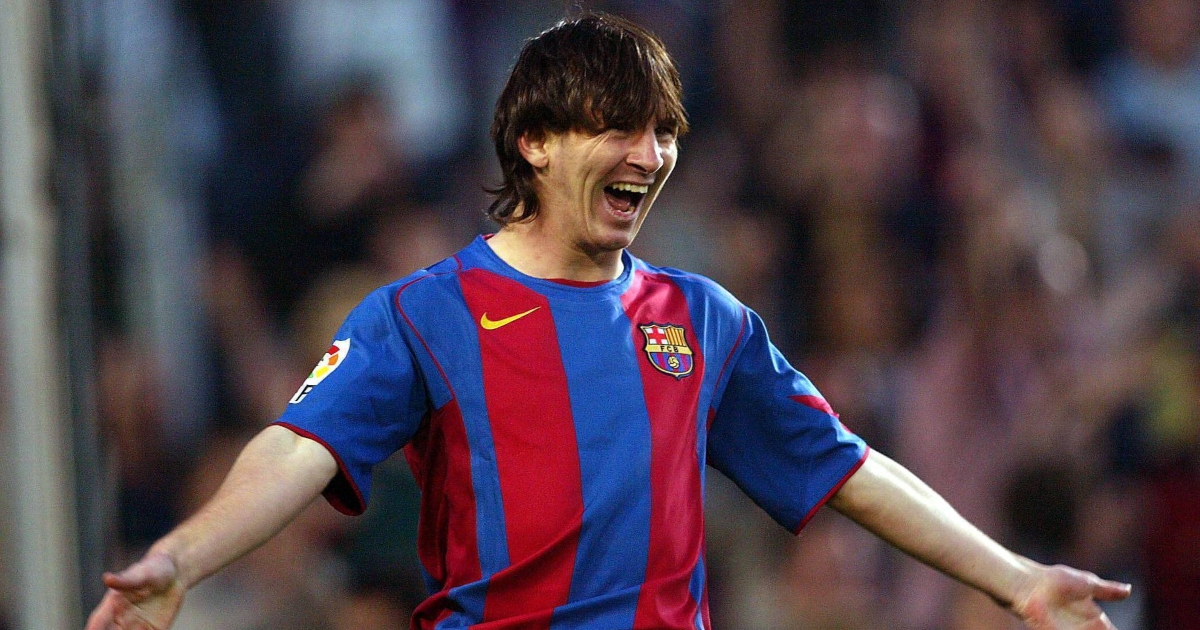 READ: Where are they now? The Barcelona B XI from Messi’s last game in 2005

Caracas-born Marques is of course eligible to represent Venezuela, but chose to turn out for Spain at Under-19 level and, after a couple of seasons at Barcelona B, moved to Juventus to play for their Primavera side in 2020.

He’s now back in Spain, having been loaned out to Segunda Division side Mirandes for the 2021-22 campaign.

Vila, meanwhile, never even made it to Barca’s B side, being released a few weeks after the Youth League triumph. After spells with Reus and Deportivo B, he’s now at FC Andorra alongside Morer.

Of the Youth League winners who are no longer at Barcelona, Perez is without doubt the most prominent.

Having played 10 times for the Barcelona first team in the first half of the 2019-20 season, Perez moved to Roma, first on loan, then permanently in the summer.

He has gone on to establish himself as a useful if erratic part of the Roma squad and in 2021-22 has played 10 games under Jose Mourinho.

Most recently, Perez started and scored Roma’s consolation in, their 6-1 thumping at the hands of the mighty Bodo/Glimt, after which Mourinho said: “[Bodo/Glimt] have more quality than us.

“I made these decisions, and in the end, they are better players than my players. They are a better team than my team. Of course, the 6-1 could be five, could be seven, could be eight.

“The game went in a direction where you lose complete control of emotions, of everything. The reality of the game is that the best team won with the best players.”

Perez will be hoping that assessment wasn’t aimed in his direction.

He takes it from all the way back in his own half, beats three players, and then produces an outstanding finish into the bottom corner 🙌 pic.twitter.com/E46TrzPudJ