Where are they now? Both Xls from Man Utd & City’s 2010 League Cup semi 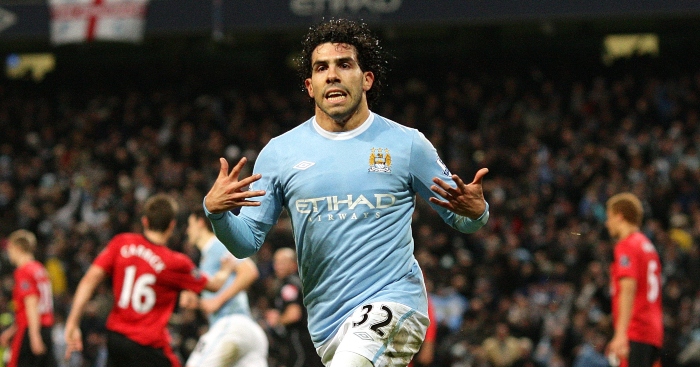 Manchester City were the underdogs when they came up against Manchester United in the 2010 League Cup semi-final – but things have changed a lot since over the last 11 years.

Ryan Giggs opened the scoring but a double from Carlos Tevez gave City a 2-1 advantage after the first leg of the semi-final, although United went on to reach the final with a 3-1 win at Old Trafford.

By the end of 2010, Given was replaced by Joe Hart as City’s permanent first-choice goalkeeper and the Republic of Ireland international signed for Aston Villa in 2011.

After a spell with Stoke City, he announced his retirement in 2018 and Given is currently the goalkeeper coach at Derby County.

The defender spent three years at West Ham before hanging up his boots in 2020 and has admitted that he could return to his former club as a coach.

“Why not? I spent nine years at Man City,” he told The Sun, “it was like a home and my last meeting with (chairman) Khaldoon Al-Mubarak, he said the door will be open for me to come back to Man City in some role, so we will see. It would be special.”

Now 32, Richards came through the youth system at City and played a key role in their Premier League title win in 2011-12.

But he was plagued by persistent knee injuries throughout his career and was released by the club in 2015 before retiring last year after a spell at Aston Villa.

The former Blues defender is now winding up Roy Keane while working as a pundit for Sky Sports.

The Manchester derby was only Boyata’s third first-team appearance for City, but he was eventually named their young player of the season in 2009-10.

The defender then found it increasingly hard to find a place in the squad at the Etihad and joined Celtic in 2015 before moving to Hertha Berlin in 2019.

Onouha spent six years with QPR before moving to America with Real Salt Lake in 2018 but retired in November 2020.

After signing from Real Sociedad in 2007, Garrido fell out of favour under Mark Hughes but was given another chance by Roberto Mancini.

However, the left-back moved to Lazio in 2010 as Aleksandar Kolarov went in the other direction, and Garrido is currently playing for Real Union in the Spanish third division.

Kompany moved to City in 2008, and the defender – who started in midfield against United – became a vital part of their success over the next 11 years.

He gave up managerial duties after a difficult start to the 2019-20 campaign but returned to their dugout in August 2020 after hanging up his boots.

Vincent Kompany has won Match of the Day's prestigious Goal of the Season competition for his long range screamer against Leicester City.

De Jong was a fan favourite at City, with the midfielder never afraid to get stuck into a challenge.

The 36-year-old had spells at AC Milan, LA Galaxy, Galatasaray, Mainz and Qatari outfit Al Ahli Doha since leaving City in 2012, and he made a domestic transfer to Al-Shahania in July 2019.

Barry played a key role in City’s title win in 2012 before joining Everton a year later, and he then went on to become the Premier League’s all time leading appearance maker.

The veteran midfielder played football across three different decades before deciding to retire in 2020 after three years at West Brom.

SEVEN of Charlton's starting lineup this afternoon were not even born when @WBA's Gareth Barry made his professional debut. #cafc pic.twitter.com/FIegkhvEOY

The winger found himself in-and-out of the team under Mancini and joined QPR in 2011, spending four years in London.

Wright-Phillips then had spells in America with New York Red Bulls and Phoenix Rising FC before deciding to call time on his career in August 2019.

Sylvinho spent once season at City before hanging up his boots in 2011 to focus on a career in management. However, the Brazilian was recently sacked by Lyon after a run of one win in nine matches.

Tevez was the most unpopular man in the red half of Manchester after joining their rivals in 2009, and he particularly annoyed United fans that night.

The striker scored both of City’s goals in the 2-1 win and made a point of celebrating in front of a former team-mate.

“My celebration was directed at Gary Neville,” Tevez said after Neville responded by giving him the middle finger. “He acted like a complete boot licker when he said I wasn’t worth £25million, just to suck up to the manager. I don’t know what the hell that idiot is talking about me for. I never said anything about him.”

Benjani struggled for first-team opportunities after the arrival of Tevez and Adebayor and his City contract expired at the end of the 2009-10 season. He had spells with Blackburn and Portsmouth but eventually retired in 2014.

Bellamy fell out of favour at City under Mancini and the forward was loaned out to Cardiff City for the 2010-11 season.

The Welshman made a surprise return to Liverpool in 2012 before spending the last two years of his career back at Cardiff.

Bellamy stepped down from his role as Cardiff’s under-18s coach earlier this year amid allegations of bullying, but he reunited with Vincent Kompany to became under-21s coach at Anderlecht.

The goalkeeper spent six years at Old Trafford before announcing his retirement in 2011. However, he came out of retirement at the age of 45 for one game to help his former side VV Noordwijk in 2016.

Rafael joined United in 2008 and won three Premier League titles, the FIFA Club World Cup and a League Cup during his seven years at the club.

The right-back fell out of favour under Louis Van Gaal and spent five years at Lyon before joining Istanbul Basaksehir in 2020.

Diouf never got many chances in the first-team and was sold to Hannover 96, but the striker returned to England with Stoke City in 2014. He now plays for Turkish Super Lig side Hatayspor.

Evans was another United defender who struggled under Van Gaal and the 33-year-old was sold to West Brom in 2015.

The centre-back rebuilt his career at the Hawthorns before joining Leicester for just £3.5million in 2018 after West Brom were relegated.

“When I came in, I knew he was top class. I’ve seen him grow as a young player and you don’t play for a club like Manchester United unless you’re a top player,” Brendan Rodgers said.​

“It’s about him being consistently available because he’s a player that can play at the very top level of football.”

After 15 successful years at United, Brown joined Sunderland in 2011 as he looked for regular playing time and had a five year spell with the Black Cats.

The defender then had a season at Blackburn Rovers before agreeing a deal with Kerala Blasters to play in the Indian Super League in 2017.

Evra joined United in 2006 and won five Premier League titles, three League Cups and a Champions League title in his time with the club.

The left-back signed for Juventus before moving to Marseille, but his contract was terminated after he kicked a fan in the head. Yes, really.

Evra returned to England with West Ham in 2018, but he made just five appearances for the club and announced his retirement in 2019. The 39-year-old has now returned to Old Trafford to complete his coaching badges and also works as a pundit for Sky Sports.

Carrick won a plethora of honours during his 12 years at United and is now part of Ole Gunnar Solskjaer’s coaching staff at Old Trafford. 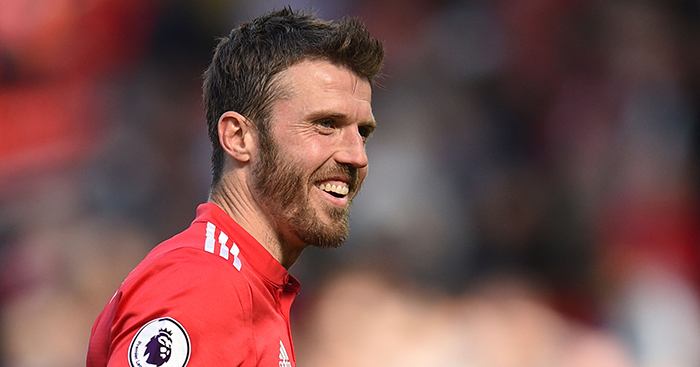 READ: Michael Carrick is doing some amazing charity work – thanks to this woman

Fletcher was sidelined for several months when he was diagnosed with chronic bowel disease ulcerative colitis in 2011 but made his comeback in 2012.

The midfielder joined West Brom in 2015 and became a regular in the side before joining Stoke City, but he left the club at the end of the 2018-19 season.

After playing alongside Carrick, he reunited with his former midfield partner in 2020 by becoming a first-team coach at United.

Anderson was once regarded as one of the best young talents in world football, but he never reached his full potential and few supporters were disappointed to see the midfielder leave.

He returned to Brazil with Internacional in 2015 but was released three years later and moved to Adana Demirspor in Turkey before announcing his retirement at the age of 31.

Owen’s United contract expired in 2012, and the striker retired a year later after a brief spell with Stoke City.

Valencia was signed as Cristiano Ronaldo’s replacement and, while he was never able to fill those shoes, was a brilliant signing for the club.

The Ecuadorian spent 10 years at Old Trafford before joining LDU Quito on a free transfer in 2019 and now plays for Mexican club Queretaro.

Scholes came out of retirement in 2012 and helped United win their 20th league title before hanging up his boots for the second time and becoming a TV pundit.

Rooney eventually became United’s all-time leading scorer after netting 253 goals in 559 appearances for the club between 2004 and 2017.

The forward returned to boyhood club Everton for the 2017-18 season before moving to America with DC United. He has since returned to England with Derby County as a player-coach.

Wayne Rooney curls in a beauty of a free-kick for Derby County 🎯 pic.twitter.com/Atu4FEQEdS

Giggs announced his retirement from football in 2014 after winning 13 Premier League titles, four FA Cups and two Champions Leagues during his 24 years at United.

The legendary midfielder was part of Van Gaal’s coaching staff at Old Trafford, but he departed the club when Jose Mourinho was appointed as the new United manager.

Giggs replaced Chris Coleman as Wales manager in 2018 and the 47-year-old helped his his country qualify for Euro 2020.