Where are they now? Chelsea’s last League Cup-winning team from 2015 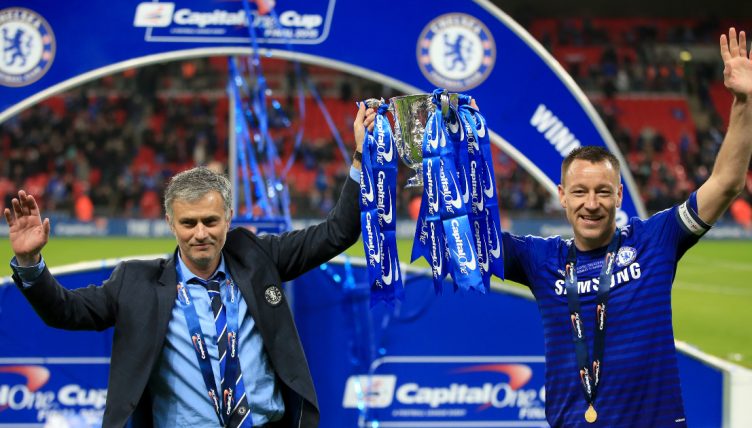 Chelsea enjoyed a fantastic 2014-15 season under Jose Mourinho in his second spell at the club, strolling to the Premier League title with ease, whilst also winning the League Cup.

Beating Tottenham Hotspur 2-0 in the 2015 final, it was the first time the Blues lifted the trophy since 2007. Since then they have reached the final once, losing to Manchester City on penalties.

Chelsea had lost their previous meeting with Spurs 5-3 that season, so it was never likely to be a walk in the park, but the Blues remained composed to see out a dominant win at Wembley in March.

Just one player from the Chelsea team that day remains at the club in a playing role. Here’s where the rest ended up.

The legendary shot-stopper, who joined Chelsea in 2004, started the final despite being second choice in the league to Thibaut Courtois.

Cech would go on to leave the club that summer after 11 years, joining London rivals Arsenal for around £10million.

He had a mixed time in north London, receiving criticism after a number of errors as his age advanced and his form declined.

Cech would retire at Arsenal, with his final ever game coming in Chelsea’s 4-1 win over Arsenal in the 2019 Europa League final.

He returned to Chelsea just days after the final, to take up a role as the club’s technical director.

The Serbian hard-man was a cult hero at Stamford Bridge, scoring the winner in the 2013 Europa League final, as well as putting in consistently strong performances at both centre-back and right-back.

Ivanovic spent nine years at the club after his arrival from Lokomotiv Moscow in 2008, and joined Zenit St Petersburg on a free transfer in 2017.

He would later return to the Premier League with West Brom in 2020, playing 13 league games as the Baggies were relegated. He is currently without a club.

The England international, who joined the Blues in 2012, became a reliable defender in his seven years at the club, winning two league titles before moving to Crystal Palace in 2019 upon expiry of his contract.

Cahill played 290 games for Chelsea, and is a well-respected figure. He joined AFC Bournemouth in the summer of 2021, where he regularly starts in the Championship aged 36.

The legendary captain made his Chelsea debut in 1998, and would go on to play for the club until 2017.

Playing a remarkable 717 games, scoring 67 goals and winning 15 major honours, Terry is regarded as the best defender in Chelsea’s history, and one of the best to play in England.

The former England captain opened the scoring in the final, finishing in the 45th minute via a deflection off Eric Dier.

Terry would go on to play for Aston Villa for a season, before becoming their assistant manager under Dean Smith as they secured promotion back to the top flight.

After leaving his role at Villa in 2021, Terry rejoined the Blues in a youth development coaching role.

The only player still turning out for the club, Cesar ‘Dave’ Azpilicueta developed into a top-class and ultra-reliable defender for Chelsea.

Regularly turning out at left-back in the 2014-15 season rather than his preferred right-back, the Spain international is Chelsea’s current captain.

Joining the club for £8million from Marseille in 2012, he has proven to be one of Chelsea’s best bargain buys, and has made over 400 appearances for the club.

Playing as a defensive midfielder rather than his usual position as a centre-back, the then 20-year-old stepped in for the final to cover for the suspended Nemanja Matic.

The French defender would play over 100 times for the club, but after three loan spells away, finally left permanently in the summer of 2021, joining West Ham for around £30million.

The popular Brazillian, who loved a heavy tackle, started the final playing as a central midfielder.

Ramires played over 250 games for the club in six years, before leaving for Jiangsu Suning in China, and was the scorer of one of the most important goals in Chelsea’s history, with a magnificent chip against Barcelona in the Champions League semi-final.

Ramires most recently played for Palmeiras in Brazil, but is without a club after leaving by mutual consent in 2020.

The Spanish midfielder joined the club from Barcelona earlier that season, returning to the Premier League after three years at the Camp Nou, and was a revelation.

In his first season at Chelsea, he scored five and assisted 24 in all competitions, and formed a solid partnership with Diego Costa.

Fabregas assisted the second goal in the final, sending a pass through to Costa on the left.

He would go on to play for Chelsea for four and a half years, departing for a Monaco side managed by former team-mate Thierry Henry in January 2019, where he continues to this day.

Oscar spent five years at Chelsea, but moved to Shanghai Port in 2017 at just 25 years of age. He remains in China. Preferred to Juan Mata by Mourinho, Oscar was a promising player who could have achieved more in Europe.

The Brazillian winger, who joined for £30million from Anzhi Makhachkala in 2013, spent seven seasons at Chelsea, winning the club’s player-of-the-season award in 2015-16 and scoring 63 times in 339 games.

He was offered a two-year contract to stay at the club but rejected it in favour of signing a three-year deal at rivals Arsenal.

His time in north London was a disaster. Willian scored just once before agreeing to mutually terminate his contract one year into his deal.

Willian now plays for Corinthians in his native Brazil, where he started his career. He also co-owns a restaurant in Mayfair with ex-teammate David Luiz. Why not?

Cuadrado remains one of Chelsea’s weirdest signings, joining for £30million to replace Mohamed Salah in January 2015, and leaving the club for Juventus after six months in London, and continues to play regularly for the Italian giants. 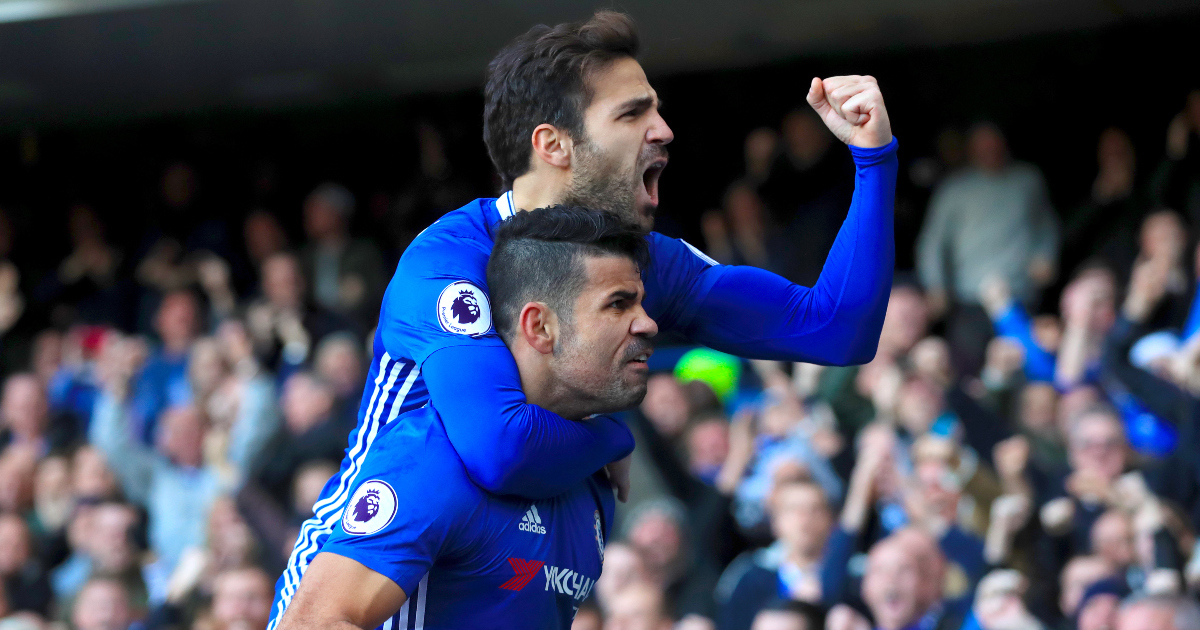 READ: Where are they now? Granovskaia’s first 10 signings as Chelsea director

The Belgian superstar had what was arguably his best season in a Chelsea shirt in 2014-15, scoring 19 and assisting 13 in all competitions, and played the full 90 minutes in the final.

Hazard would go on to become a Chelsea legend, winning two titles, and scoring twice in the 2019 Europa League final before joining Real Madrid for £100million in 2019.

His time at Real Madrid has been underwhelming, as poor fitness and form has led to heavy criticism, and he has been linked with a return to Chelsea.

One of the most fearsome strikers to grace the Premier League, Diego Costa moved to Chelsea from Atletico Madrid in 2014 for around £35million.

He left Spain having led Atletico to a historic La Liga title, and a Champions League final.

He continued his fine form at Chelsea, scoring the second goal in the League Cup final and 21 overall in his first season in England, earning him a place in the PFA Team of the Year.

Costa would win two league titles and score 59 goals, but after a fallout with Antonio Conte, he was frozen out of the squad before returning to Atletico Madrid in January 2018.

He never regained his previous form, scoring just 19 times in 81 games in his second spell, before terminating his contract.

Costa now turns out for Atletico Mineiro in his native Brazil, and will always be remembered as one of the biggest shithouses English football has seen.

Didier Drogba made a heroic return as cover for Costa in 2014, and spent one more season at the club where he became a legend, before joining Montreal Impact in MLS, and most recently Phoenix Rising, before retiring in 2018.