Where are they now? Chelsea’s 10 youngest Premier League scorers 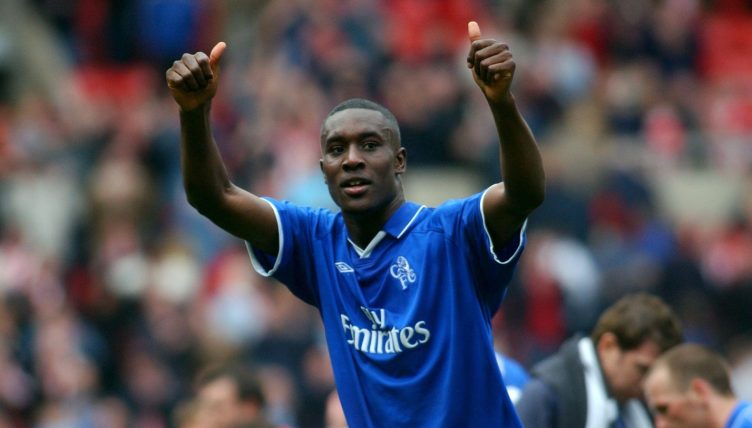 From John Terry to Callum Hudson-Odoi and Reece James, Chelsea have developed some top-class talents over the years – but plenty of others have failed to make the grade at Stamford Bridge.

Chelsea were long criticised for failing to give young players first-team opportunities prior to Frank Lampard’s managerial reign but a number of exciting starlets still managed to make an impression on the senior side.

We’ve listed the club’s youngest ever goalscorers in the Premier League and looked at what they’re up to now.

Forssell joined Chelsea from HJK in 1998 and scored his first Premier League goal against Nottingham Forest in February 1999.

But he fell behind Jimmy Floyd Hasselbaink and Eidur Gudjohnsen in the pecking order and joined Birmingham City on a permanent deal in 2005.

The striker finished his playing career back in Finland at HIFK before becoming their assistant coach.

The striker was sold to Southampton in 1995 and then played for several different clubs in the Football League.

After hanging up his boots, he moved into management with non-league clubs Bedfont, Walton Casuals and North Greenford United.

In 2019, Shipperley was given a 12-month community order after exposing his genitals in public while driving his van…

Cole came through the academy at Chelsea and marked his first senior start with a goal against Middlesbrough in April 2002.

The striker made 31 appearances for the Blues in total, scoring eight goals, and joined West Ham United on a permanent deal in 2006.

“I think I left the club too early,” Cole told the official Chelsea website in 2018.

“The season I left, when I went to West Ham, Chelsea needed a striker because at one point even Robert Huth went up front, but I’d chosen to leave only due to bad advice.

“What I should have done was go on loan because I had the chance to do that and come back and sign a new contract, but I wanted the success there and then when I should have been more patient.”

After spending nine years with the Hammers, he had spells in Scotland, America and Indonesia before retiring in 2018.

Cole was declared bankrupt a few months later and rejoined West Ham to work with the club’s academy players. He now combines that role with TV punditry.

Having already scored in the FA Cup and the Europa League, Hudson-Odoi bagged his first goal in the Premier League against Burnley in January 2020.

He’s since passed 100 appearances in a Chelsea shirt and has had plenty of ups and downs, scoring some great goals but performing poorly at times.

The winger is spending the 2022-23 season on loan at Bayer Leverkusen as he looks to regain his mojo away from the Stamford Bridge limelight.

Johnson joined Chelsea from West Ham in 2003 and scored his first Premier League goal a few weeks later, netting the opener in a 5-0 win over Newcastle United.

But he struggled for first-team opportunities under Jose Mourinho and was sold to Portsmouth for £4million in 2007.

The right-back then made 200 appearances for Liverpool and spent the last three years of his career with Stoke City.

“Today is the day I’m officially saying I’ve retired. I knew halfway through last season I was going to call it a day. I always wanted to retire at an age where my body still felt good,” Johnson told talkSPORT in January 2019.

“Every player knows when their time is up. Mentally, I always wanted to stop quite young and also you can’t always play the game the way you want to play the game when you’re 34.”

Morris became the youngest player to ever play in the Premier League for Chelsea but had to wait over two years for his first league goal.

After retiring in 2013, he enjoyed a successful coaching spell in charge of the Blues’ all-conquering youth team, working with Tammy Abraham and Mason Mount among others.

He followed Frank Lampard to Derby County in 2018 before rejoining Chelsea alongside Lampard in 2019. He left the club when Lampard was dismissed.

The ref made Jody Morris stand up so he could book him 😂 pic.twitter.com/NNFpR7A8L9

Dalla Bonna signed for Chelsea when he was just 17 in 1998, joining from Italian side Atlanta.

The midfielder scored his first Premier League goal against Everton in November 2000 but turned down the offer of a contract extension and signed for AC Milan in 2002.

He played for nine different Italian clubs over the next 10 years and later regretted leaving Stamford Bridge.

“If only I could turn back time, I would have stayed [at Chelsea] forever,” Dalla Bona told La Gazzetta dello Sport in 2014.

“In Italy, football’s repulsive, particularly everything which goes on around it. The pressure, the mentality – I’m not made out for the Italian culture, and I also paid for this.”

Babayaro scored his first Premier League goal against Newcastle United in 1998 and celebrated with his iconic backflip.

He made 132 Premier League appearances during his eight seasons at Stamford Bridge before departing for Newcastle in 2005.

The 44-year-old became a brand ambassador in Nigeria and is now working as a football agent.

Kenedy joined Chelsea from Fluminense in 2015 and scored after just 39 seconds against Norwich City in March 2016.

The Brazilian failed to establish himself in the first team and was sent on a series of loans before finally leaving for Real Valladolid on a permanent basis this summer.

Kenedy scores after just 39 seconds and Diego Costa scores a second almost on the stroke of halftime to help secure a 2-1 win over Norwich City at Carrow Road, March 1, 2016. #CFC pic.twitter.com/QIouNGNzWn

Terry’s first league goal for Chelsea, against Arsenal in 2001, was one of the 27 headed goals he scored during his Premier League career.

He went on to win five Premier League titles, five FA Cups, the Champions League and the Europa League at Stamford Bridge, which is a decent record, if you ask us.

The defender spent one season with Aston Villa before retiring and then became part of Dean Smith’s coaching staff.

He’s currently back at Chelsea as a part-time coaching consultant for their academy and spent the early part of the year flogging pictures of monkeys on the internet.