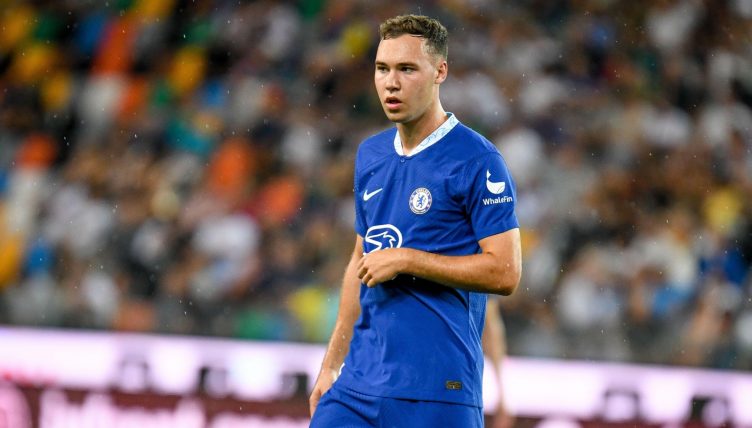 Chelsea are renowned for their youth talent spotting, and though they are equally known for loaning lots of these players out rather than making use of them themselves, that has started to change.

Recent years have seen some of their academy graduates make the step up to the first team, or make the grade elsewhere. Which should give hope to their latest crop of young starlets looking to break through.

Here’s how their eight previous Academy Players of the Year have fared since earning the honour.

The striker was awarded the inaugural Chelsea Academy Player of the Year award after scoring 41 goals during the 2014-15 season, when he also made his debut for the first team as a late substitute in a 6-0 win over Maribor in the Champions League.

He spent the next season on loan at Vitesse and finished as their third-highest goalscorer with seven goals from 25 games, returning to Stamford Bridge to fight for a place in 2016-17 only to fail to make a single first-team appearance all season.

He joined Liverpool at the end of his contract in 2017 but scored only once in 27 games before somehow being sold to Bournemouth for a reported £19million.

Solanke scored just three goals in 42 Premier League appearances for the Cherries, but seems to have found his feet since their relegation, registering 29 Championship goals last term to fire them back to the Premier League.

And the striker has scored three times this year as Bournemouth have made a decent fist of their top-flight return.

Tomori won the award after scoring in the Youth Cup and UEFA Youth League final wins in 2015-16, making his first-team debut as a 60th-minute substitute in the final game of that season.

He didn’t play again for the first team in the first half of the following campaign and so joined Brighton in January 2017, making 10 appearances, before consecutive season-long loan spells at Hull and Derby.

The second of those was particularly productive under Frank Lampard, and when the Chelsea legend returned to Stamford Bridge as manager in 2019, he decided to keep Tomori around, with the defender scoring twice in 22 appearances in 2019-20.

However, Tomori seemed to fall down the pecking order following the arrival of Thiago Silva and he was subsequently loaned out to AC Milan for the latter half of the 2020-21 campaign. He subsequently moved to the San Siro for £25million and was outstanding as they won the Scudetto last term.

It was enough to earn a place in England’s World Cup squad – two poor performances against Chelsea in the Champions League probably counted against him – but Tomori remains a classy operator at the back.

Mount captained the Youth Cup side to a fourth consecutive success in 2017 and finished a fantastic season by setting up England’s winner in the Under-19 European Championship, where he was named the tournament’s best player.

He joined Vitesse on loan that summer and scored an outstanding 14 goals, helping them qualify for the Europa League, being named their Player of the Season and even being invited to train with the England senior squad.

Like Tomori, he then spent 2018-19 on loan at Lampard’s Derby, contributing a combined 16 goals and assists before returning to Stamford Bridge to sign a new five-year contract and then enjoying a hugely impressive breakthrough campaign with the Blues.

His second season in Chelsea’s first team ended with him setting up the match-winner in a Champions League final. Not bad going.

Still one of the first names on Graham Potter’s teamsheet these days, despite a vocal minority who don’t rate his ability, Mount will surely be a bedrock of Chelsea’s side for the next decade or so.

James won the award after captaining the Under-18s to yet another Youth Cup triumph in 2017-18, signing a four-year contract that summer and then joining Wigan on loan for the season.

He was also named in the Championship Team of the Season and so was unsurprisingly kept around by Lampard for the 2019-20 campaign in which he made 37 appearances in all competitions, becoming the club’s youngest-ever Champions League goalscorer when completing their comeback in a 4-4 draw against Ajax.

In January 2020, he signed a long-term contract extension to commit his future to the club. Like Mount, he ended his second season with the Blues with an outstanding performance in a Champions League final victory and looks set to be a vital first-team regular for years to come.

Gallagher is still waiting for his first-team debut at Chelsea, but the midfielder has made a big impression in a series of loans away, catching the eye in the Championship at Charlton and Swansea before impressing in an otherwise poor relegation-bound West Brom side.

Last season he took things up another level, getting himself into Gareth Southgate’s England squad thanks to some scintillating performances in the centre of the park for Crystal Palace.

“Conor has been fantastic to us,” Patrick Vieira said at the end of the campaign.

“I think he felt like he’s at home, the way he has been performing for us. He understands the way we want to play the game and he brings his energy, his determination.

“We know that he has to go back to Chelsea and then what will happen? We don’t know. But what is important is that he came for a year, he worked hard, worked well and he gave something to the team and the football club.

“I think it was a win-win. I think he was really happy with us, he played really well, which allowed him to go to England. He’s happy, so we are happy.”

He’s been in and out of the Chelsea side this season but did enough to earn a place in Qatar. We’re excited to see how he improves.

Since establishing himself as one to watch in the youth set-up, the Scottish Iniesta seems to have taken on Marcus Rashford’s knack for shining on his senior debuts.

Named Man of the Match on his full Premier League, FA Cup and Champions League debuts for the Blues, he followed that up with the same honour in his first international start for Scotland. He looked the best player on the pitch in their Euro 2020 0-0 draw with England at Wembley, which has earned him the status of Andy Murray’s idol.

Gilmour’s career only seemed to be on the up, impressing in every opportunity he was given, but things stalled somewhat last term as he failed to stand out in Norwich’s miserable relegation campaign.

A move to Brighton suited both parties but the Scotland international would have been dismayed to see Potter swap Brighton for Stamford Bridge soon afterwards. He’s somebody that needs first-team football fast.

Croydon-born England Under-21 international Livramento, who is also eligible to represent Italy due to his heritage, was the recipient of the award shortly before his £5million move to Southampton in 2021.

The right-back played over 2000 minutes of academy football for the Blues in 2020-21, and registered two goals and six assists for the Under-23s as they finished runner-up to Manchester City in the Premier League 2.

He didn’t at all look cowed by the step up to senior level, going on to make 28 Premier League appearances for Saints. Unfortunately his debut season was cut short by a horrible ACL injury, but he’s performed well enough on his return.

A solid top-flight career, and perhaps more, beckons for the 20-year-old.

Honoured by a #SaintsFC legend 🙌

The midfielder was outstanding in the Premier League 2 last term, notching six goals and six assists in the competition, earning him the latest Academy Player of the Year award.

Vale’s performances in the youth set-up were impressive enough to earn him five first-team appearances for Thomas Tuchel’s Blues in the FA Cup and League Cup and he’s spending the 2022-23 season at Championship side Hull City.

It’s surely only a matter of time before he makes his Premier League bow as the Cobham conveyor belt keeps on whirring. We’re big fans of their latest rising star.

READ NEXT: The cult of Jose Mourinho at Chelsea: Hiding in laundry, pranking masseur…