Where are they now? The England U21s from new Wembley’s 1st game 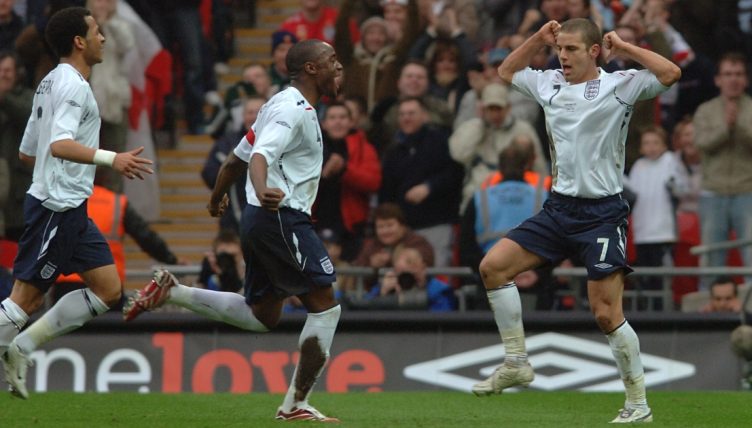 Giampaolo Pazzini scored both the first goal and the first hat-trick at the ground – and he went on to win 25 caps for Italy’s senior team, too.

But what happened to the England XI? A couple made the step up to the senior team, but others were not so lucky. Indeed, one even ended up declaring for another international side.

Derby goalkeeper Camp had spent much of the season out on loan, including a spell at QPR, and would end up joining the London club permanently at the end of the season.

Spells at eight more clubs have followed, including a handful of Premier League games at Norwich City, and the veteran is now playing in the Northern Premier League Division One West, England’s eighth-tier, for Clitheroe.

Camp missed out on the squad for that summer’s European Under-21 Championships and indeed never played for England’s full national side, prompting him to declare for Northern Ireland and play for the country nine times.

Rosenior was the oldest member of that Euros squad, but a move from Fulham to Reading that same summer went wrong when his former club relegated his new one on the final day of the 2007-08 season.

The full-back retired in 2018 and has gone into broadcasting, forging a reputation as one of the industry’s more reasonable voices.

He never turned his England Under-21 representation into full international recognition.

The West Ham regular was struggling domestically when this game rolled around, having played all 90 minutes of a heartbreaking 4-3 defeat to Tottenham earlier in the month, but he would stay in the Premier League on the final day and go on to play more than 200 games in the division.

Ferdinand missed the decisive penalty in England’s seemingly never-ending Under-21 shoot-out defeat to the Netherlands that summer and never played for the senior side.

He did, however, get plenty of experience overseas with spells at clubs in Turkey, Thailand and Scotland, where ended his career with St Mirren before retiring in 2019.

The latter part of Ferdinand’s career was overshadowed by being on the receiving end of alleged racial abuse by John Terry in 2011 during a QPR victory over Chelsea.

He was the subject of a BBC documentary titled ‘Anton Ferdinand: Football, Racism and Me’ where he recounted the incident and revealed he’d received racist abuse by being sent monkey and banana emojis.

One of the handful to earn senior caps, Cahill became the biggest success story of the 11 who started against Italy, going on to travel to two World Cups and one European Championship while continuing as a Premier League regular well into his mid-30s.

Cahill has also had a fair amount of success at club level, winning two Premier League titles and the 2011-12 Champions League with Chelsea, despite beginning the Champions League-winning season with a Bolton team which ultimately suffered relegation.

The defender is now pushing for a Premier League return with Bournemouth and has made over 20 appearances for Scott Parker’s side this season.

Baines’ 30 senior England caps are the second-highest tally of the XI who started against Italy, with only Cahill earning more, even if he – like his team-mate that day – would have to wait until 2010 for a full debut for his country.

The left-back made over 400 Premier League appearances during his career, joining Everton from Wigan Athletic a few months after the Italy game and becoming an important player under a number of managers.

Baines currently occupies a dual role at Everton, serving as the interim assistant manager of Everton U18s and as a Professional Development Coach for the Everton Academy.

Given the club’s chequered history with managerial appointments, it doesn’t take the greatest stretch of the imagination to see Baines sitting in the Goodison Park hot seat at some point.

If you were forced to guess which of the players that day would go the furthest, Bentley might well have been your first choice.

The Blackburn winger was rebuilding his career at Ewood Park after leaving boyhood club Arsenal in 2006 and was signed by Tottenham in a £15million in 2008.

However, that was as good as it really got – his seventh and final senior England cap came in his first Spurs season and injuries contributed to him hanging up his boots in 2014 at the age of just 29, three years after his last senior goal.

Now 37, Bentley helps to run the Sala group, which comprises bars and restaurants in Spain and Gibraltar.

He lived in Marbella for a few years, embarking on a second career after originally staying he had fallen out of love with football.

Speaking about his retirement in 2021, Bentley told The Athletic: “I’ve learnt so many things being attached to businesses. With what I do now, every day is different.

“It really is exciting. Football; yes, it gives you comfort but in the end it became… it wasn’t exciting.” 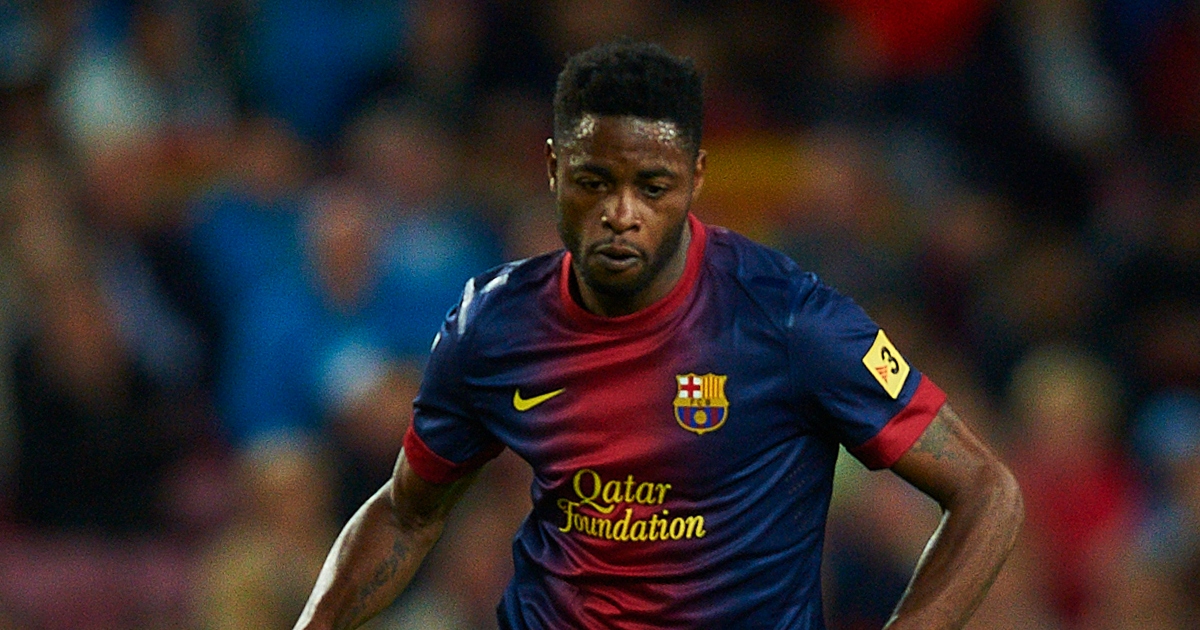 READ: 9 players that couldn’t be bothered with football: Song, Bentley…

Another of West Ham’s struggling squad, Reo-Coker’s form had dipped since a move to Arsenal fell through the previous summer, and the midfielder had gone from a spot on the standby list for the 2006 World Cup to an Under-21s return.

Reo-Coker captained the Young Lions in that summer’s tournament in the Netherlands but never earned a senior cap and was courted by Sierra Leone later in his career without ever turning out for the African nation.

The 37-year-old has now retired, having been without a club since leaving MK Dons in 2018.

Richardson is another who had returned to the Under-21s after flirting with the senior side, and even played and scored for his country against the United States in 2005.

However, a move from Manchester United to Sunderland in the summer of 2007 was not enough to revive his England chances.

The midfielder never played for a club again after leaving Cardiff City in 2016 and was last seen on trial with Tony Adams’ Granada the following year. He is now retired.

Routledge played for seven different clubs between 2005 and 2011 but stuck it out with Swansea City until his retirement in 2021.

His 12th and final Under-21 cap came that summer against Serbia, and he never made the step-up to the seniors.

Four years later he achieved a personal milestone by winning the Championship in back-to-back seasons with different clubs.

The winger left Swansea in August 2021 after suffering a knee injury in the previous season’s play-off semi-final and announced his retirement two months later. He made 304 appearances for the Welsh side.

The Aston Villa striker was already beginning to establish himself with his boyhood club when England Under-21 recognition arrived: he had already scored at Stamford Bridge, Anfield and Old Trafford in the 2006-07 season, and added four more goals between the Italy game and the end of the campaign.

He earned his first senior call-up the following year, eventually making his full England debut in a win over Germany in November 2008, but made just one competitive appearance for his country and just three in total.

After failed to find a new club since ending his 13-year spell at Villa Park in 2018, he retired the following year aged 32 and has spent time working on his fashion label Six Figures Official.

And Agbonlahor has become one of talkSPORT’s most prominent pundits, attracting criticism from Arsenal fans in March 2022 after criticising the Gunners’ celebrations following a 1-0 win at Villa Park.

Lita had worked his way up into the Under-21 set-up after an impressive start to Premier League life with Reading and was his country’s top scorer in that summer’s European Under-21 Championships with three goals.

Even a place in the team of the tournament wasn’t enough to earn Lita a senior cap, though (it wasn’t good enough for Dutch goal machine Maceo Rigters either), and he has been playing out his career in those famous beachside resorts of Crete, Thailand and Margate, now turning out for Chelmsford City.

Pearson took the reins with Stuart Pearce focusing on the other of his two jobs in charge of the most uninspiring Manchester City team in recent memory, who were bang in the middle of an eight-game scoreless run at their home ground.

He went on to carve out a career as a very effective Championship boss, and is currently manager of Bristol City, but you’re just thinking of ostriches aren’t you?

"You must be an ostrich!" 😅#OTD in 2015, Nigel Pearson came out with an all-time classic press conference response! #bbcfootball pic.twitter.com/snEwdiB8wJ