Where are they now? England’s U21 team from Southgate’s last game 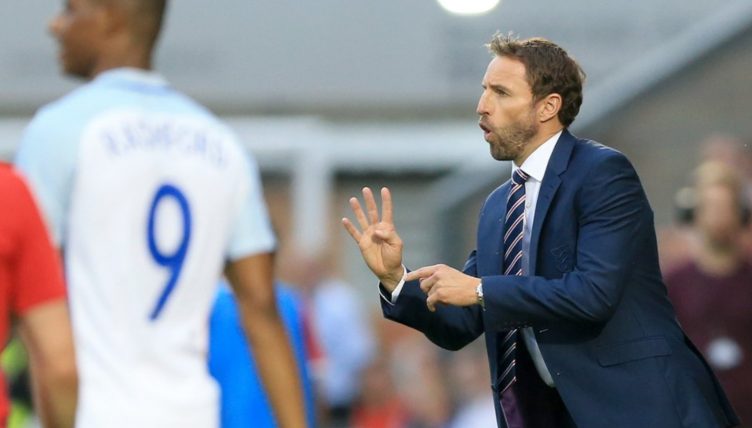 When Gareth Southgate was appointed interim England manager in September 2016 following Sam Allardyce’s fake-Sheikh, pint-of-wine debacle, it was expected to be a temporary measure. Six years later, he’s still in the job.

But if you look at Southgate’s last game as England Under-21 boss, his success in his current role was perhaps not as unpredictable as people might think.

On September 6 2016, his side won 6-1 against a Norway team featuring Martin Odegaard, Alexander Sorloth, Sander Berge and Mohamed Elyanoussi in the first game of qualifying for the Under-21 European Championships.

England lined up in a 4-3-2-1 formation and a young Manchester United attacker by the name of Marcus Rashford forward banged in a debut hat-trick.

Rashford’s exploits aside, it was an all-around thrilling display that would prove to be a fitting last hurrah for a manager who had led the Young Lions to 27 wins in his 33 games in charge.

But what has happened to the players in that side since? We’ve taken a look back at the starting XI and substitutes who featured.

Gunn was a youngster at Manchester City at the time of this game but never made a senior appearance at the Etihad and has gone on to play for first club Norwich, on loan, Southampton and Stoke.

In the summer of 2021, he moved back to Norfolk, signing a permanent deal with the Canaries. He made nine Premier League appearances last term but is behind Tim Krul in the pecking order.

The goalkeeper has been involved in England senior squads twice, once for a friendly in 2017 and then in the training group for the 2018 World Cup, but is yet to make a full international debut.

Scotland have come calling as a result, notably when Alex McLeish was in charge, but Gunn has so far turned down their advances.

A regular for Southgate in the Under-21s, Iorfa was hopeful his boss’ promotion might mean one for him too.

“The fact [Southgate] gave me the opportunity for England under-21s and I’ve played a lot of games, and now he’s gone to the seniors, it does look good on paper,” he told the Express and Star.

Unfortunately for him, it hasn’t transpired as such. And with England’s current right-back options, we can’t see him making the step up any time soon,

Wolves let Iorfa go permanently in 2018 after he’d spent their promotion-winning season on loan at Ipswich. Since then, he’s been at Sheffield Wednesday, who were relegated to League One in 2020-21 as Iorfa watched on, sidelined with a ruptured Achilles’ tendon. He’s fit again now and aiming to help the Owls get back up to the Championship.

Chambers had already made over 50 appearances for Arsenal at the time of this game, but things have not progressed quite as expected for the Southampton academy product.

He’s since had spells on loan at Middlesbrough and Fulham and spent most of his latter years at Arsenal on the fringes of the first-team squad. In January he moved to Aston Villa on a free transfer.

Like Iorfa, Hause played for Wolverhampton Wanderers in the Championship before being moved on by Nuno Espirito Santo, in Hause’s case to newly-promoted Aston Villa for £3million in 2018.

But he fell out of favour under Dean Smith and failed to convince Steven Gerrard. The centre-back has only made seven Premier League appearances in each of the last two seasons and has since been loaned out to Watford.

Dean Smith must have been a fan of this young England side.

Targett moved to Villa from Southampton in 2019 and has already made more than 70 appearances for the Midlands club, playing all 38 league games in 2020-21 and winning the Players’ Player of the Season award.

The left-back then became one of the first signings of the post-Mike Ashley era at Newcastle, initially on loan. A solid operator rather than a glamour addition, his move to St. James’ Park has since been made permanent.

He’s also very much on Southgate’s radar for the senior side and we’d be shocked if he doesn’t make it into the 2022 World Cup squad. Those dead-ball deliveries could be the Three Lions’ secret weapon in Qatar.

The most defensive of Southgate’s midfield three that day, Chalobah nonetheless got on the scoresheet, converting the aforementioned Ward-Prowse free-kick with considerable grace.

He never made the step up to become a first-team regular at Chelsea, instead taking in a series of loans before moving to Watford in 2017.

A couple of injury-hit seasons held him back, but he’s since achieved promotion in back-to-back seasons with Watford and Fulham. Few managers have entrusted Chalobah in the Premier League, but he is at least making a couple of cameo appearances on the periphery of Marco Silva’s Cottagers squad this season.

After making his solitary appearance for Chelsea as an 87th-minute sub in an FA Cup game in 2014, Baker made his second appearance eight years later with a half-hour appearance against Chesterfield in the FA Cup.

A month later he was finally sold permanently, having been sent out on loan eight times. Baker joined Championship side Stoke and is now turning out regularly for the Potters.

Similarly to Baker, Loftus-Cheek has spent time out on loan after coming through the Chelsea youth teams.

But he has also had far more opportunities to play at Stamford Bridge and made a point of staying at the club for the 2021-22 season after an indifferent stint with relegated Fulham. That proved to be an astute decision, and nowadays he’s featuring regularly under Thomas Tuchel.

Watmore, meanwhile, is now at Middlesbrough having left Sunderland in 2020.

A player of whom much was expected, Redmond had just joined Ward-Prowse and Targett at Southampton when England faced Norway.

He has been a regular for Southampton ever since despite a series of managerial changes, and at one point was linked with a move to Arsenal.

But he has not quite reached the levels hoped of him and may forever be remembered for that time Pep Guardiola gave him a weirdly impassioned talking to, like an angry Sunday league dad whose ambitions are greater than his own or his child’s abilities. He’s now reportedly on the verge of a move to the Turkish Super Lig.

Now aged 25, Demarai Gray seems to finally be coming into his own at Everton after a difficult spell in Germany.

Charlie Austin reveals what was really said during THAT incident between Nathan Redmond and Pep Guardiola 👀 pic.twitter.com/fKRD6GoxFc

We’ll go with the sub first. Akpom came through at Arsenal, but was let go after several loan spells, joining Greek side PAOK in 2018. After two years there, he signed for Middlesbrough and is now turning out for the Smoggies after a brief loan return to Thessaloniki.

Now to the star of the show. This Norway game was Rashford first and only appearance for the England Under-21s and the fact that he got a hat-trick in front of then England manager Allardyce and future England manager Southgate meant it was always going to be his last.

He’s gone on to become a permanent fixture of the senior squad, and – despite a few wobbles with form – remains a key part of the Manchester United team.

More importantly though, he’s doing a great job as Leader of the Opposition.

READ NEXT: Revisiting the Daily Mail’s list of ‘future England stars’ from 2013