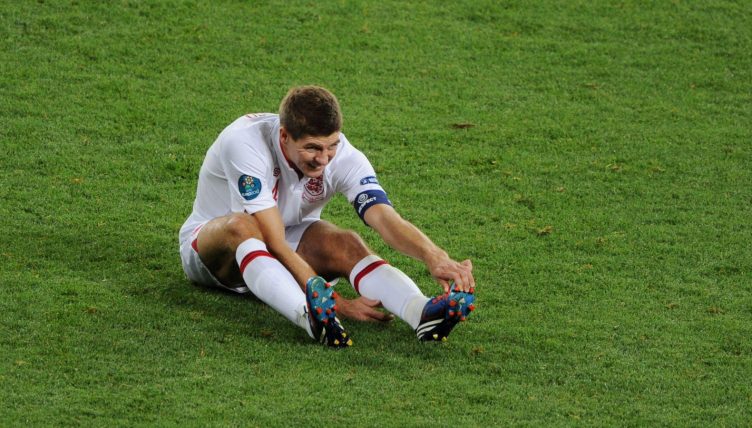 England haven’t traditionally considered Italy as one of their fierce rivals but a series of defeats over the past decade, starting in the Euro 2012 quarter-finals, has changed all that. But what has become of England’s XI from that first loss?

The match took place in Kyiv, where Roy Hodgson’s England were thrashed 0-0 before Andrea Pirlo humiliated Joe Hart with a Panenka in the penalty shoot-out.

Losses at the 2014 World Cup and, most heartbreakingly of all, at Euro 2020, has ratcheted up the tension between the two footballing heavyweights and there was much glee in England when the Azzuri failed to qualify for the World Cup in Qatar.

And, with the teams in the same Nations League group, we’ve taken a look back at the England Xl from that summer’s night in Ukraine to see how they’ve fared since.

It’s not an exaggeration to say that Hart hasn’t quite been the same since Euro 2012.

One of Europe’s elite goalkeepers before the tournament, the Manchester City man failed to fully recover from being plonked on his arse by Pirlo. Errors increasingly crept into his game and a disastrous Euro 2016, coupled with Pep Guardiola dumping him via text or something, sealed his decline.

Spells at Torino, West Ham and Burnley failed to recapture his old magic and Hart was eventually usurped as England’s first-choice keeper by Jordan Pickford before Russia 2018.

He’s now at Celtic, where the goalkeeper helped his new club regain the Scottish title from Rangers’ grasp.

Johnson had made the right-back slot his own by 2012 following a successful £18million move to Liverpool three years earlier.

After starting all England’s matches out in Ukraine, Johnson stayed at Anfield for their unlikely push for the Premier League title in 2013-14. He set up Wayne Rooney’s equaliser against Uruguay at the 2014 World Cup, but his powers were waning and Liverpool released him in 2015.

The West Ham academy graduate spent the rest of his career at Stoke City before retiring in January 2019.

Johnson currently appears semi-regularly as a pundit on talkSPORT.

Love him or loathe him, it’s hard to deny Terry’s prowess as a defender at his peak.

He’d started on a gentle decline by 2012, but his (over the) goalline clearance against Ukraine in the group stages kept England in the tournament.

Yet the controversy over the Anton Ferdinand race row shrouded Terry’s participation at Euro 2012 and he announced his international retirement three months after England’s elimination.

The centre-back continued to captain Chelsea for a further five seasons, winning another two Premier League titles and various other trophies.

After leaving Stamford Bridge in 2017, Terry spent a year in the Championship with Aston Villa before joining the coaching staff under manager Dean Smith.

He left Villa Park last July to concentrate on his own managerial career and, more unfortunately, promote his own brand of NFTs.

Lescott’s star was at its highest during the summer of 2012. After winning the title with Manchester City, the centre-back started all of England’s games at the Euros and scored the opening goal during the 1-1 draw with France in the group stages.

But Lescott slowly slipped out of City’s first-choice XI and made his last international appearance the following year.

The former Wolves man was released at the end of the 2013-14 season and later had an infamous spell at Aston Villa. Part of a squad that finished rock bottom of the league, Lescott tweeted a picture of his luxury car following a 6-0 defeat to Liverpool and called relegation ‘a weight off the shoulders’.

Following another relegation, this time at Sunderland, Lescott retired in 2017. That didn’t stop Spanish side Racing Murcia from claiming Lescott’s signature three years later – something that the Englishman denied.

Once arguably the world’s best left-back, Cole was one of England’s fall guys in Kyiv after his miss in the penalty shoot-out.

He still maintained his place following the competition and won his 100th cap in a friendly win over Brazil in February 2013. He announced his international retirement after being left out of the 2014 World Cup squad and left Chelsea that same summer.

Cole moved to Italy and became instantly became a meme after that Roma squad photo. He spent three years with LA Galaxy after terminating his contract early in Rome before finishing his career at Derby.

The discovery that Cole played against Kalvin Phillips in that sensational Leeds-Derby play-off match in 2019 challenged everything we knew about the concept of time.

He is now on the coaching staff at Everton, working under former team-mate Frank Lampard.

Gerrard was England captain at Euro 2012 and was the only member of Roy Hodgson’s squad to be named in the UEFA Team of the Tournament. But his international career ended following England’s first-round exit at Brazil 2014.

Coming months after falling on his arse and giving it to Demba Ba, the clock was ticking on Gerrard’s time at Anfield. His 17-year spell at Liverpool ended following an ignominious 6-1 defeat to Stoke, where Gerrard scored his 186th and final goal for the club, and the midfielder moved to LA Galaxy.

Two years in America followed before Gerrard took the surprise decision to become manager of Rangers and led the club to the league title in 2021.

The former England captain switched from Ibrox to Aston Villa last November and is currently spending big to lift the side from their lower mid-table position – although he’s coming under growing pressure from the Villa supporters. 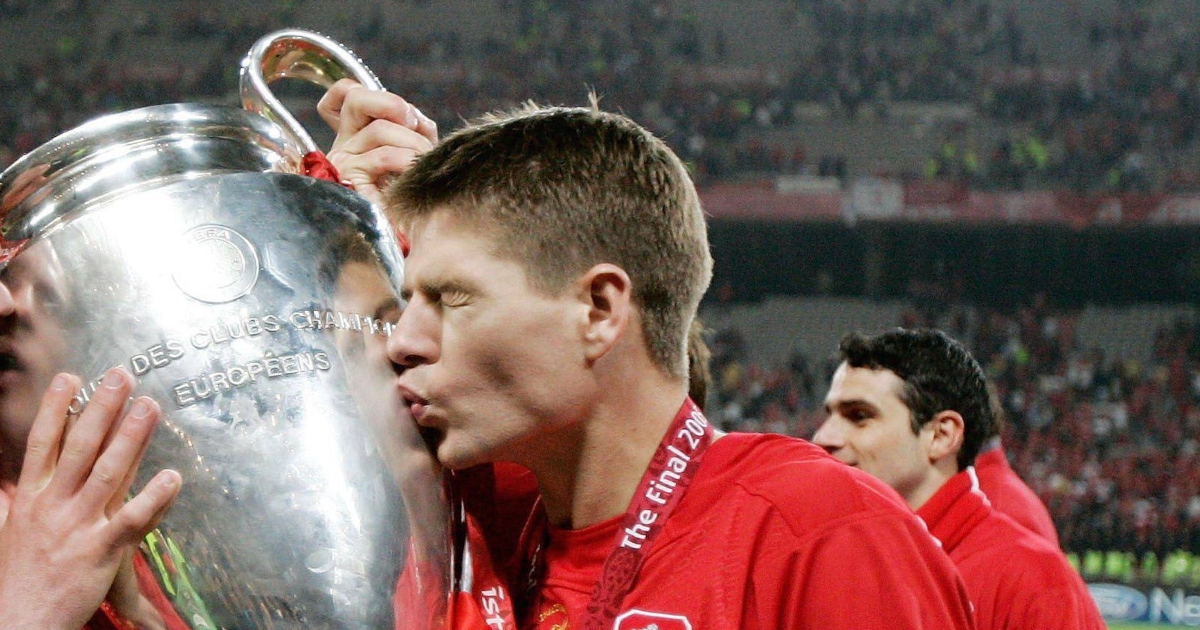 Parker ran himself into the ground for club and country, eventually retiring and entering management with Fulham. He got the club promoted to, then relegated from, the Premier League before becoming Bournemouth boss and getting them promoted too.

But, despite leading Bournemouth to victory in their opening match, Parker was sacked in August 2022 following a 9-0 loss at Liverpool. But his track record in the Championship should ensure he’s not unemployed for long.

His replacement in Kyiv has come a long way since 2012. Despite facing criticism throughout his career, Henderson has developed into an excellent midfielder and has captained Liverpool to domestic and continental success.

After years of ridicule, it’s safe to say that everything’s come up Jordan.

Mr. Dependable is still putting a shift in for Liverpool, despite showing signs of wear and tear this season. Surely we can’t be seeing the end of Milner’s long and illustrious career?

Walcott has never quite met the sky-high expectations attached to his name. He never commanded a regular starting spot in the England team, despite a handful of good seasons with Arsenal, and was dropped by Gareth Southgate by telephone on his 28th birthday in 2017.

The winger left the Emirates for Everton in 2018 but failed to reignite his career and is now back at boyhood club Southampton.

He’s more well-known as a full-back these days, but Young once dazzled fans with his exciting wing-play.

After a successful first season at Manchester United following a £17million move from Aston Villa, Young started every match at Euro 2012. Sadly, he had an underwhelming tournament and missed the vital penalty against Italy.

He spent a further seven years at Old Trafford, gradually moving into defence, and starred at the 2018 World Cup. Young eventually left United for Inter Milan in 2020, winning Serie A in his only full season in Italy.

Even though he performed admirably for the Italian giants, Young was released at the end of the 2020-21 season and signed a short-term deal with old club Villa.

Rooney was past his peak by 2012 but still managed to score the winner against Ukraine in the group stages.

His influence at United was waning, moving back into midfield in the years following 2012 despite his crab-like movement hampering his Pirlo impersonation.

England’s record goal-scorer left Old Trafford in 2017, months after Southgate retired him from international duty. Everton gave him a one-year deal and Rooney repaid them with 11 goals before relocating to the US and DC United – where he scored the odd wonder goal or two.

After seeing out his playing career at Derby, the 35-year-old was appointed manager of the Championship side in January 2021. He kept them up at first but was unable to prevent the Rams from slipping to relegation in 2022.

Rooney is now managing in the MLS with his old club DC United.

With DC United eliminated from #MLSCupPlayoffs, Wayne Rooney's time in MLS has come to end.

Let's enjoy this magical strike from 68 yards out one last time 🙏 pic.twitter.com/iahRGlEtQD

Welbeck has always had the talent, but injuries have hampered his career development and prevented him from reaching the heights.

He was still an England starter at Brazil 2014, but United sold him to Arsenal in the summer after the tournament and Welbeck came to personify his new club – inconsistent and prone to long spells on the treatment table.

Following a year at Watford, Welbeck has been at Brighton since 2020 and has provided flashes of quality on the south coast.

His replacement in June 2012 became the poster boy for the old, ineffective style of football England used to specialise in.

Carroll could be brutally effective on his day, but that day was nowhere near as often as it could have been. Carroll moved to West Ham after the Euros where he could never get a run of games going before breaking down.

He scored 34 goals over seven seasons for the Hammers before returning to boyhood club Newcastle United in 2019 for two seasons.

The pony-tailed striker recently signed a short-term deal with Reading, where he’ll wear the No. 2 shirt in tribute to his young daughter.