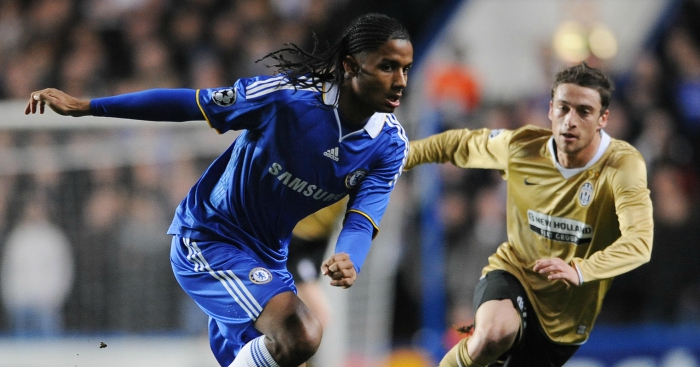 A number of encouraging young players have emerged at Chelsea since Roman Abramovich took over the club in 2003, but none have succeeded in truly establishing themselves at Stamford Bridge.

We’ve looked back at every English player to come through Chelsea’s academy and appear for the Blues, and looked at what they went on to do.

If a player made his senior debut before joining Chelsea, they’ve been ruled out, so the likes of Scott Sinclair and Izzy Brown are not included.

Jose Mourino handed Watt a full debut for Chelsea in a FA Cup clash with Scunthorpe in 2005.

“I assumed I was just going to be involved, I didn’t think I was going to start, but then John Terry found out for me that I was actually starting,” Watt told us earlier this year.

The defender went on to make a Premier League appearance at Newcastle, but that was his last match for the Blues.

Watt admits he fell out of love with the game after dropping down the leagues with spells at Grimsby, Dover, Maidstone, Hemel Hempstead, Leatherhead and Hastings, but he is now using all that experience as manager of Margate in National League South. 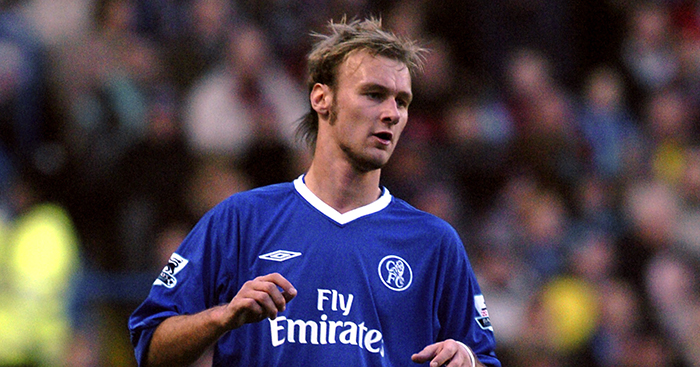 Pidgeley was already a member of the Chelsea first team prior to the arrival of Abramovich but did not make his debut until coming on as a substitute on the final day of the 2004-05 season at Charlton.

The goalkeeper is now onto his 11th club since leaving Chelsea and was reunited with Watt in 2017 when he joined Margate.

As far as arenas to make your debut go, Old Trafford is not a bad place to start. Grant made his solitary appearance for Chelsea in a 3-1 win at the Theatre of Dreams, but from there it was a familiar tale of loan moves before the midfielder found his level in League One.

After impressing at Port Vale, where he was named Player of the Year in 2015-16, Grant was signed by promotion chasing Peterborough in January 2017.

“To be still be playing now is great, as a lot of people left there at the time and didn’t play football again,” Smith told us. “I think it was down to myself and how much I wanted to be a footballer.”

The midfielder made his debut for Chelsea at Newcastle and impressed on loan at QPR but failed to be granted another opportunity at Stamford Bridge.

Four years at Leyton Orient saw Smith establish himself as an important figure, and he is now captaining Crawley Town. 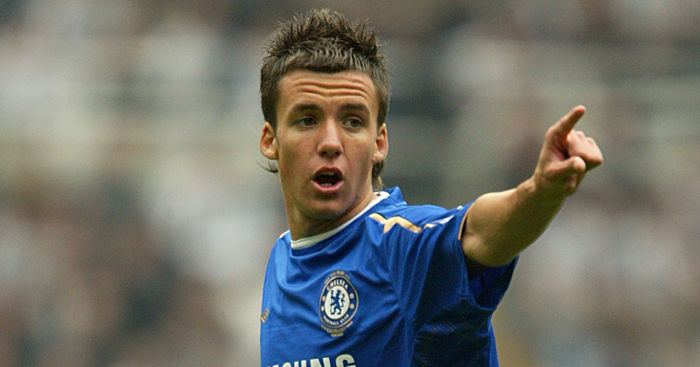 Woods joined Chelsea in a controversial £5million deal from Leeds alongside Tom Taiwo, with Ken Bates accusing the Blues of tapping up the 16 year olds – with Danny Rose rejecting the move before leaving for Tottenham a year later.

The midfielder became the fourth-youngest player to ever appear for Chelsea when he replaced Frank Lampard against Macclesfield Town, but he was relegated to the National League with Hartlepool in 2017.

“I didn’t want to play for Chelsea either because I blamed them for it, even though it wasn’t [their fault], it was just what happened,” Hutchinson told The Guardian while reflecting on the knee injury which forced him to retire aged 21.

He had already broken into the first team as a right-back, making his debut aged just 18, and eventually fought back to rejoin Chelsea after his knee markedly improved. A handful of appearances followed before he established himself as a Sheffield Wednesday favourite.

Mancienne was a highly-rated prospect in west London but decided to make a surprise move to Hamburg in 2011 for fear of falling into the same traps as many of his peers.

“I was in the comfort zone at Chelsea and it is easy for players to rot away in that environment,” he told The Telegraph in September ahead of his return to Stamford Bridge with current club Nottingham Forest.

The midfielder was so highly regarded that Real Madrid and Manchester United both attempted to sign him, but he opted to remain in London with the confidence that he would break into Carlo Ancelotti’s plans.

He did make 22 appearances for the club across two seasons but failed to impress in a number of loan moves and is now rebuilding his reputation at Brentford.

Now all eyes are on his younger brother, who is also in Chelsea’s academy.

Bertrand made 57 appearances for Chelsea but struggled to break into the starting XI, despite playing at left midfield in the Champions League final.

He’s been a Premier League regular since moving to Southampton in 2014 and has been a semi-regular for England.

A promising loan move to Watford failed to materialise into consistent first-team opportunities for Chalobah, who was sent out on loan a further five times before returning to Vicarage Road on a permanent deal in the summer of 2017.

After 40 England Under-21 caps, his decision to return to the Hornets immediately paid dividends when he was called into the senior squad.

Chelsea paid £1million to sign Mellis from Sheffield United, but he went on to appear just once for the club, replacing McEachran in injury-time of a Champions League victory against MSK Zilina.

Permanent spells at Barnsley, Blackpool and Bury have followed and he now finds himself at Mansfield. It’s a shame they’re not called Bansfield, really.

Chelsea’s Young Player of the Year in 2013-14 and a winner of the Toulon Tournament with England in 2016, when he also won the Golden Boot, but he has still only played once for the Blues and is currently on loan at Middlesbrough.

One of many Chelsea youngsters to be granted a few token minutes in the final game of a league campaign, Swift replaced Eden Hazard against Cardiff in 2014 before facing the inevitable loan moves around the country.

Having joined Reading permanently last season the midfielder was nominated for the EFL’s Young Player of the Year award.

Solanke shone as England Under-20s won the World Cup in the summer, winning the Golden Ball as the best player at the tournament, but was afforded only 17 minutes of senior football at Chelsea.

The striker joined Liverpool in the summer of 2017 and will feel he’s had more chances than he would have had he stayed at Stamford Bridge.

“It’s tough being at Chelsea,” Loftus-Cheek said after joining Crystal Palace on loan. “It’s a massive club with really good players so you don’t get the opportunity every weekend.”

The midfielder is one of the rare cases of a young player not being sent around the globe by the Blues, but finally bit the bullet for the 2017-18 season after his prospects failed to improve.

The defender made his debut for Chelsea in a 4-0 victory at Aston Villa in April 2016 and was sent on loan (obviously) to Bristol Rovers the following season.

He has since been given an opportunity by Antonio Conte in the League Cup.

Guus Hiddink handed the 20-year-old two appearances at the end of 2015-16 and he went on to shine on loan at Bristol City the following season.

He then stepped up a level with another loan move to Swansea and went on to make his debut for England.

Antonio Conte made promising noises about Aina in his first season at Stamford Bridge, and the right-back made five appearances in all competitions before joining Hull City on loan for 2017-18 with three years remaining on his current contract.

Sterling became Chelsea’s latest academy product to appear for the first team when he came on as a substitute in the League Cup victory over Nottingham Forest.