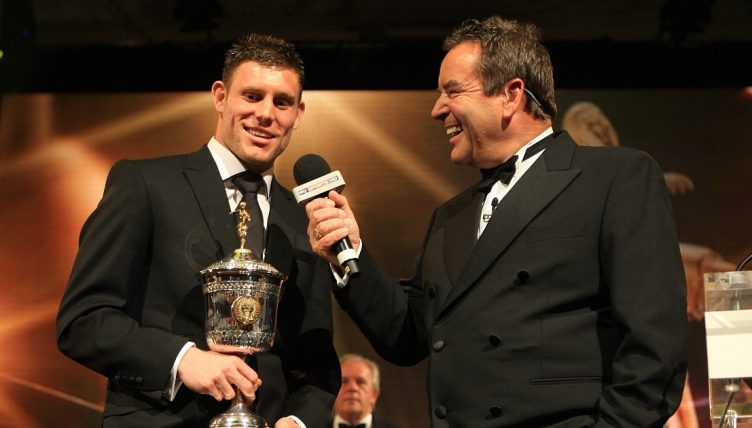 The PFA Young Player of the Year award is given out annually to the most exciting and impressive young talent in England.

Goals, assists, and overall performances are all taken into account and analysed to create a shortlist, from which the winner is decided by a vote of members of the Professional Footballers Association (PFA), the long-time Trade Union of professional footballers in England.

Dating back to the 1973-74 season, the inaugural award was won by Kevin Beattie of Ipswich with the most recent Phil Foden. But who else in the last 10 years has clinched the prestigious honour?

The oldest player in this list, both in terms of their birth date and how old they were when they received the award, Milner seemed to go from fresh-faced rising star to grizzled Premier League veteran overnight. We can’t remember an in-between.

In hindsight, it is a bit ridiculous that he won this award in 2010, when he was 24 years old, nearly eight years after making his Premier League debut for boyhood club Leeds.

Still, he continued to turn out for England’s Under-21s until 2009 and was absolutely superb for Aston Villa in the 2009-10 campaign, subsequently going to the World Cup in South Africa with England and moving to newly-minted Manchester City.

Milner’s now 35 and winding down his illustrious career, but remains a useful and versatile player at Liverpool. He’s won three Premier League titles, the Champions League, the FA Cup and the League Cup – not to mention the most impressive of all, the Intertoto Cup with Newcastle back in 2006.

Wilshere, 29, is currently training with Arsenal again in a bid to regain match fitness and find a new club, after being released by Bournemouth earlier this year.

10 years ago, few would have believed this would be the state of affairs – it’s been at least seven since the midfielder was consistently anywhere near the standards he set as a teenager, and sadly it looks as though his injury-ravaged career will be one full of regret.

“Honestly, I should have never left. That’s nothing against West Ham — it could have been anyone — but I shouldn’t have left Arsenal,” he recently reminisced.

He’ll always have that night against Barcelona, though. He received this award a short while after his piece de resistance, and few could argue he didn’t deserve it.

Nearly a decade on from winning the award, Kyle Walker is still at the top of his game with Manchester City.

This was back in his Spurs days when he was bombing up and down the right flank for the North London side as he helped them to a fourth-place finish, only to have Champions League football cruelly taken away by Chelsea’s Champions League win.

He played 37 games and established himself as Spurs’ first-choice right-back and one of the finest in the league. In the North London derby, he even scored the winning goal as Tottenham beat Arsenal 2-1 in October.

For the third year in a row the award stayed in North London in 2013 when, prior to leaving for Real Madrid, Bale won the PFA Young Player of the year award for a magnificent 2012-13 campaign.

He also won that season’s Player’s Player award for the second time, going along with his 2010-11 victory.

In the Premier League, he notched up 21 goals and nine assists in 33 games during the 2012-2013 season a magnificent return that prompted Real to finally make their move for him which Bale was more than amenable to given Spurs finished 5th and missed out on Champions League football again.

It was a dominant season from the Welshman who has won four Champions League titles with Real but has struggled for game time in the past few seasons with their fans turning against him. His season loan back to Spurs last year was enjoyable for both parties, if not entirely successful.

Forget Real Madrid Hazard and instead remember the young Belgian weaving in-out and around defences in his second season in England.

The Belgian notched up 14 goals and 11 assists during a season in which he proved himself as one of the best players in the league let alone young players.

His Chelsea side finished third, four points off champions Manchester City as the London club went trophyless that season.

The following year Chelsea would win the Premier League, the first of two for Hazard, but he would not hit the heights of the previous season, his 2013-14 figures only matched by his monstrous 2018-19 campaign which preceded his ill-fated Real move.

Six years on we’re debating whether Kane should leave Spurs or not, but in 2015 he had just finished his break-through season finishing second in the Golden Boot race behind Sergio Aguero.

Spurs once again failed to get Champions League football (a trend that was soon to be broken) but Kane had a remarkable goalscoring season which included a brace against Arsenal to give Spurs a comeback 2-1 victory in the North London derby.

He lost the League Cup final that year (his first taste of the many defeats at Wembley to come) but had established himself throughout the course of the campaign as a clinical finisher in and around the box.

Still trophyless six years later and struggling in North London after his attempts to move in the summer, is it time Kane moved on to pastures blue? 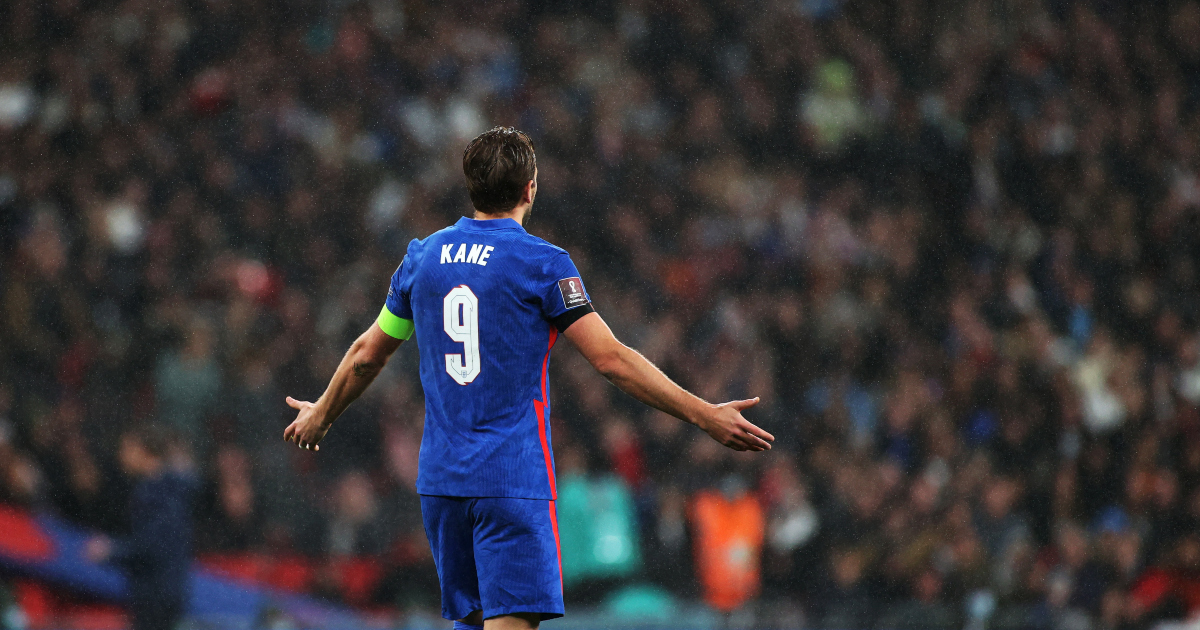 Dele was a vital part of successive Spurs teams that, under Mauricio Pochettino, finally got Champions League football with a third-place and then second-place finishes.

It’s important to remember that at this point Dele was an exciting young attacking midfielder, capable of the spectacular at a moment’s notice and the rightful winner of these awards, picking up the 2017 award at just 21-years of age.

Dele’s 2017 award was the last in an incredible run for Spurs in the category in which five of the previous six Young Player of the Year awards all went to Spurs youngsters.

The only German to ever win the award and one of just six non-British players to do so, Sane won in 2018 thanks to his contribution to Manchester City’s title-winning campaign.

He was more than deserving of the award, with 10 goals and 15 assists in the Premier League to his name.

Sane continued his form into the next season, but soon after Guardiola began selecting him less and less. He made just a solitary appearance in 2019-20 due to a cruciate ligament injury, but the writing was already on the wall for the winger and he left for Bayern that summer.

It was a bit controversial when Sterling swooped up the 2019 award given that he was 24 going on 25 when he was declared the best young player in the country, but since the regulations allowed for it he won the award on merit.

He notched up 17 Premier League goals and 11 assists as Manchester City claimed a second successive Premier League title as part of a domestic treble.

Sterling scored a brace and assisted in the FA Cup final, and should have become the first player since Stan Mortensen in 1953 to score an FA Cup final hat-trick, but a goal was wrongly taken away from him.

A record-equalling Final goal in a 𝙁𝙊𝙐𝙍midable season for @ManCity ✨#EmiratesFACup @sterling7 pic.twitter.com/MLKIi88UdF

With Liverpool winning the 2019-20 Premier League, their first English Championship since 1989-90, it was right that the slightly shorter wait for a PFA Young Player of the Year award was also ended when Alexander-Arnold won the 2020 edition, the first for a player at the club since Steven Gerrard in 2000-01.

Alexander-Arnold was a vital part of the Liverpool side that stormed to the title, with 13 assists from right-back in the league. He has maintained and improved upon that form since then, already on seven this season and not even halfway through the Prem campaign.

It is bizarre to think he is still just 23 and has a Champions League and Premier League to his name, both of which it is feasible to say Liverpool are firm contenders for again.

The latest winner of the award, Foden was City’s third win in four years.

He had been a member of the City squad for a few seasons before 2020-21, but his contribution to the side became genuine and significant last season and meant he rightfully claimed the 2021 award.

Throughout the campaign he emerged as one of the finest attacking threats in the league, occupying the wide half-spaces in Pep Guardiola’s striker-less system which saw them claim the title and go all the way to the Champions League Final.

Nine goals and five assists in the league makes him one of the winners with the lowest goal contributions on this list for those who play higher up the pitch, but still at just 21 the Stockport lad’s talent is undeniable.

“He is the most talented player I have ever seen,” Guardiola once said. With Foden’s form continuing to improve this season, will he become the fifth player to win the award twice?

Can you name every PFA Young Player of the Year in the Premier League era?