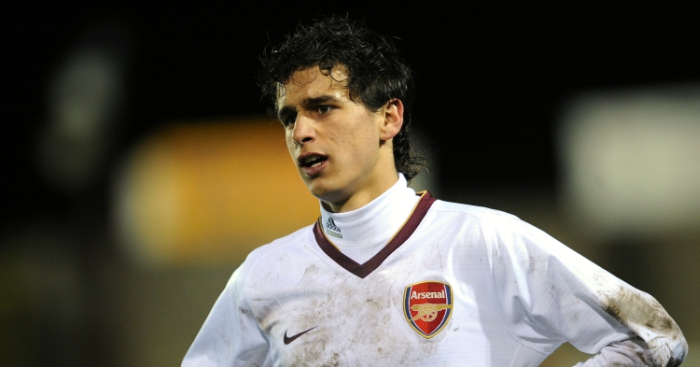 Arsene Wenger was renowned for giving opportunities to young players during his 22 years in charge of Arsenal – but some of them got only one chance.

Wenger gave debuts to the likes of Cesc Fabregas, Francis Coquelin and several other players who are still forging a career in Europe’s major leagues, but some of them had to leave Arsenal to get their breakthrough.

We’ve looked back at every player to appear just once for the Gunners under Wenger.

Once described as the “next Irish superstar” by Jack Wilshere, Henderson played the full 90 minutes of an FA Cup tie against Leyton Orient in 2011 but never appeared for the club again.

Most recently seen playing for Bulgarian side Pirin Blagoevgrad, Henderson’s story since leaving Arsenal is well worth a read.

Formerly the captain of Arsenal’s reserve team, Bartley made his senior debut in a Champions League defeat at Olympiacos before being sent on loan to Sheffield United and Rangers.

The centre-back moved to Swansea on a permanent deal in 2012 but made only 36 appearances in six seasons before joining West Brom in 2018 after both they and the Swans had been relegated from the Premier League.

A versatile defender, Cruise’s only appearance came alongside Bartley in the defeat in Greece as establishing himself in north London proved Mission Impossible (sorry not sorry).

After his release by the club in 2011, the England youth international had trials at Sampdoria and New England Revolution, but he eventually joined Torquay United in 2012.

He spent three years in the south-west before being released, and a year later starting training to become an accountant.

“Like many unlucky young footballers, injuries have halted my career and I’ve always seemed to take one step forward and two back,” he told AAT Comment in 2016.

Stokes enjoyed plenty of success in Scotland, scoring for fun at both Hibernian and Celtic, but was released by the former during his third spell in January 2018 despite producing some impressive form for Neil Lennon’s side.

During a winter training camp to Portugal, Stokes reportedly aimed a fire extinguisher at two of his team-mates, causing their hotel’s fire alarm to go off at 5am. “There’s only so many times you can push the envelope,” Lennon said.

It didn’t end there as the Irishman joined Greek club Apollon Smyrni but went AWOL after just four appearances, eventually signing for Tractor Sazi in Iran in 2018.

Born in Finland, Kamara joined Arsenal from Southend in 2012 and went on to make his first-team debut on the day before his 20th birthday in an unhappy 3-0 defeat at Sheffield Wednesday in the League Cup.

After loan spells back at Southend and Colchester, Kamara joined Dundee in 2017 and has been impressing ever since.

A former USA international, Simek will be familiar to Sheffield Wednesday supporters, having made over 100 league appearances for the Owls during a five-year spell in the 2000s.

The right-back can also lay claim to appearing for Arsenal in the Invincibles season, as he played his solitary match for the club in a 5-1 victory over Wolves in the League Cup, becoming the Gunners’ first American.

However, he left Carlisle United in 2013 and, despite being only 28 at the time, never got another club.

Harper went from being a non-league goalkeeper at Sittingbourne to David Seaman’s understudy at Arsenal in 1994, and if you want to know more about his fascinating story, we’ve got your back. 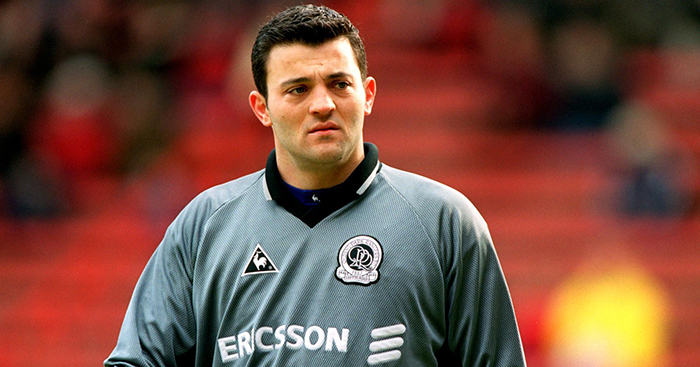 READ: The story of the keeper who went from non-league to play for Arsenal

Given he has toured as Freddie Mercury’s replacement in Queen during the 2000s, it was a surprise to see Rodgers entrusted to make his Arsenal debut in the quarter-final of the League Cup in 2008.

The Gunners were beaten 2-0, and Rodgers, currently with Harlow Town, has spent the majority of his career in non-league.

Even Adam Lambert has taken his gig in Queen.

Another player who can at least put an appearance with the Invincibles on his CV, Papadopulos joined Arsenal on loan from Banik Ostrava and replaced Jeremie Aliadiere in the League Cup win over Wolves.

The younger brother of former West Ham and Southampton defender Jose, Fonte joined Arsenal from Sporting Lisbon but played just once in the League Cup for the Gunners.

He played alongside his big brother on loan at Crystal Palace, but the club were docked one point and fined £20,000 for fielding the forward after his spell had technically ended.

Spells in Portugal and Spain followed, but the 27-year-old returned to London in 2017 to join Fulham, helping them to promotion from the Championship before joining Lille on loan.

Making 60 appearances in his Arsenal career, Selley was incredibly unfortunate to completely shatter his leg in an accidental collision aged just 20.

While he sat on the sidelines, the Gunners changed manager, and Selley made one substitute appearance under Wenger, against Chelsea, before being sold to Fulham, despite being told he would be back in the first-team picture.

He broke his leg again at Fulham and went on to make a handful of league appearances before dropping out of professional football, lining up for Woking and Maidstone among a host of non-league clubs.

Nowadays he coaches at Arsenal’s soccer school in Dubai.

Spicer had an Arsenal debut to remember as he scored from the spot in a 9-8 penalty shootout victory over Rotherham in the League Cup in 2003.

The midfielder went on to spend nine years mainly in the Championship and League One but failed to find another club after leaving Southend in 2013.

Playing in that League Cup victory over Wolves in 2003-04 appears to have been the kiss of death to many Arsenal youngsters, and Skúlason suffered the same fate as Papadopulos and Simek in failing to appear for the Gunners again.

The Iceland international joined Brentford in 2005 and went on to play for clubs in Sweden, Denmark, Belgium and Turkey before heading home to join Fylkir in 2018.

After beating Juventus and Ajax to the signing of the 16-year-old, Arsenal used Olsson just once before he moved to Denmark to join FC Midtjylland.

In 2015, he received his first international call-up for Sweden, only to break his leg in a training session. He now lines up for AIK in Sweden’s top flight and has won three caps for his country.

He now lines up in the Polish Ekstraklasa for Olimpia Grudziądz – and he’s another one who told us his story.

Following loan spells at York City and MVV Maastricht, O’Connor was released by Arsenal in 2017 but was signed by Newcastle for their Under-23 team. He is yet to appear for the seniors.

“I was warming up, and then Steve Bould was waving his finger. You know when you look behind you like there’s someone else behind you? It was like that.

“I was playing on the same pitch as Wesley Sneijder. I remember watching him and him being on FIFA for years.”

Wenger chose to sell Rankin aged just 20, stating: “He was impatient. I thought that he wouldn’t naturally make it this season, and he needed some first-team games.

“He was one of the players where, if you keep him, he drops; if he drops, his value goes down and he isn’t happy and he hasn’t improved. If you are sure he won’t play for you this season, you give him a chance to make a career somewhere else, I’m happy for him.”

He joined Bradford City for £1.3million in 1998 but was sold on just two and a half years later at a loss of nearly £1million. He ended his career in 2014 after two years at Isthmian Premier League side Hendon.

Wenger likened the attacking midfielder to Yaya Toure back in 2011, but after just one appearance and the offer of a trial with Barcelona (which he rejected), Aneke was released in 2014.

After a loan spell with Crewe which saw him score 24 goals in 82 appearances, he was expected to join the club permanently but instead opted to move to Belgium to join Zulte Waregem.

Injuries plagued his second season with the club, though, and he returned to England in 2016 to join MK Dons.

You won't see many strikes better than this all season. Take a bow Chuks Aneke #MKDons #goaloftheseasoncontender #tekkers 👏 pic.twitter.com/bcA2l7d2N3

It came as a surprise when Algeria international Bennacer was allowed to leave Arsenal in 2017, having been regarded as one of the hottest prospects in the academy.

He joined Serie B club Empoli after his solitary appearance, which saw him replace Theo Walcott 19 minutes into a League Cup defeat by Sheffield Wednesday, just 14 minutes after Walcott himself had been brought on for the injured Alex Oxlade-Chamberlain.

Left winger Gray moved from Arsenal to Crystal Palace in 2000, making over 100 appearances at Selhurst Park before spells at the likes of Birmingham, Coventry and Walsall.

Upon his release from Walsall in 2011, Gray moved to Cyprus and joined Nea Salamis Famagusta, returning to the Saddlers on a short-term contract in 2013.

“Unfortunately he was unable to make the impact that he wanted to,” said manager Dean Smith after releasing the player in 2014.

McGovern was moved on by Wenger for a minuscule £50,000, joining QPR in 2000 before returning to native Ireland following stints with Norwich and Peterborough.

His career came to an early end in 2006 after leaving Bray Wanderers.