Where are they now? Man Utd’s first 10 Premier League signings 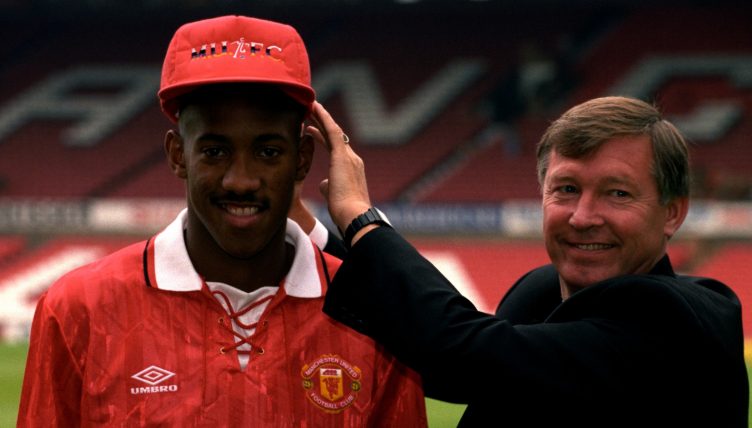 Sir Alex Ferguson made some amazing signings during his 26 years at Manchester United – but he didn’t get it right every time.

The manager may have signed the likes of Eric Cantona and Roy Keane at the start of his reign, but there were plenty of flops as well.

We’ve looked back at Ferguson’s first 10 signings following the inception of the Premier League in 1992.

Ferguson’s first signing in the Premier League era, McGibbon was sent off on his one and only first-team appearance for the club.

The centre-back joined Wigan in 1997 in search of regular football and later began his coaching career back in Northern Ireland.

He has also founded the ‘Train to be Smart’ football coaching centre, which aims to increase mental health resilience in young people while also improving their sporting skills.

Dublin only spent two years at Old Trafford but enjoyed successful spells with Coventry City and Aston Villa before hanging up his boots in 2008.

Away from football, the 53-year-old invented a percussion instrument called The Dube and is now presenting Homes Under the Hammer on BBC One.

“It was a surprising move for a footballer, I suppose,” Dublin told the Daily Mirror in 2018.

“I got a bit of stick off my old team-mates, who said things like, ‘What do you know?’ and, ‘I can’t get rid of you, you’re there every time I turn on my TV.’

“Even now, people still Tweet occasionally and say, ‘What is Dion Dublin doing?’ But most of it’s been in good humour.”

The arrival of Cantona proved the catalyst for a new era of success at Old Trafford, with United winning four league titles in five years.

After retiring from football in 1997, the Frenchman went into acting and starred in and co-produced Ken Loach’s film Looking For Eric in 2009.

He has also played The King in the music video for Liam Gallagher’s single ‘Once’ and completely perplexed Lionel Messi and Cristiano Ronaldo at a UEFA shindig.

Keane turned out to be one of Ferguson’s most successful signings before his acrimonious exit in 2006.

He later had spells in charge of Sunderland and Ipswich Town and in 2019 left his last coaching role as assistant manager at Nottingham Forest.

Nowadays, Keane can be seen frothing at the mouth about modern footballers as a Sky Sports pundit.

Tomlinson was signed by United to play with the likes of David Beckham, Nicky Butt, Gary Neville, Phil Neville and Paul Scholes in their reserve team.

The forward was released in 1998 after playing two League Cup games in four years and spent the rest of his career in the lower leagues.

He then retired at the age of 30 to pursue a different hobby, working as a DJ across the country. 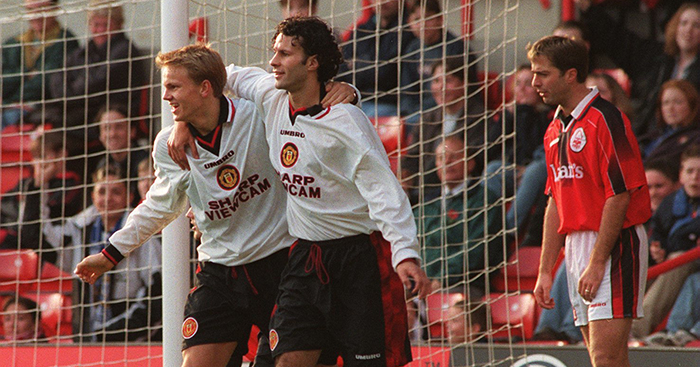 May signed for United in 1994, winning the Premier League, FA Cup and Champions League in his nine-year stint at the club.

Upon retiring, he spent a couple of years importing wine before joining United’s in-house television channel MUTV in his current role as a pundit and commentator.

Cole scored 121 goals in 275 appearances for United, eventually bringing his 19-year playing career to an end in November 2008 after a brief spell at Nottingham Forest.

Since then, the 50-year-old has supported a number of charities, worked as a television pundit and returned to United as a club ambassador.

His last role in football was as an attacking coach for Sol Campbell’s Southend United back in 2019. He’s suffered health problems in recent years, and received a kidney transplant from his nephew. He said the issues have taken him to “a dark place” and spoken candidly about the value of therapy.

“I felt I was ready and that was my chance to grab,” Culkin told us, “but then I went on to take the free-kick and the whistle blew. That was my Man United career done and dusted.”

A serious knee injury forced him to retire at 26 and the 44-year-old now works as a gardener in the Greater Manchester area. 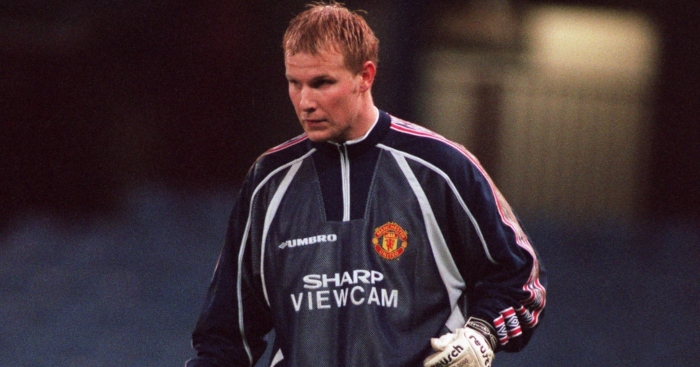 The centre-back joined United on a trial in December 1995 and was thrust into the first team because of an injury crisis in defence.

Prunier made his United debut against QPR but was seen as a scapegoat for their 4-1 defeat to Tottenham two days later.

The Frenchman later played in Denmark, Italy, Scotland and Belgium before retiring after a brief spell in the United Arab Emirates.

He remains involved in football and is currently the manager of French side Bourges Foot 18.

Van der Gouw mainly acted as the back-up goalkeeper during his six years at United, making only 60 appearances for the club.

The 57-year-old retired in 2007 and is now part of working as a goalkeeping coach for Ruud van Nistelrooy’s PSV following over a decade in the role at Vitesse Arnhem.

READ NEXT: The odd tale of Sadiq El Fitouri, who Man Utd signed on Scholes’ advice