Where are they now? Man City’s U23 team from Phil Foden’s last game 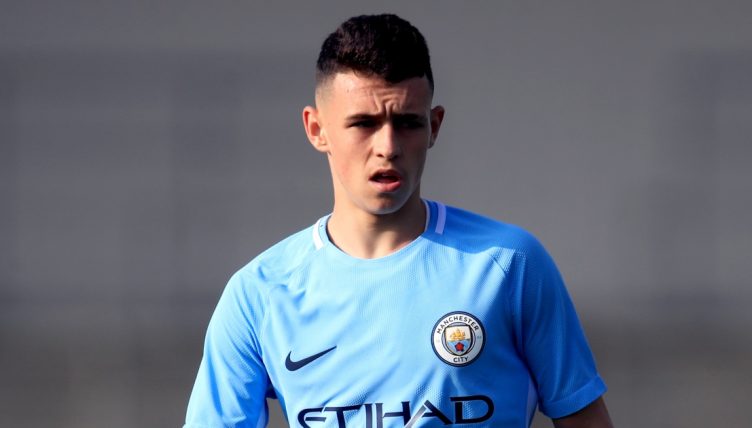 Manchester City’s Phil Foden has enjoyed a meteoric rise over the past few years.

Having become an integral member of Pep Guardiola’s side aged just 21, it’s easy to forget that Foden only played his last Under-23 match in May 2018 – a 5-0 win over Tottenham in which the midfielder scored once and recorded two assists.

But what happened to his former Under-23 team-mates? We’ve taken a look at that Xl to see how they’ve all fared since.

Hopes were high when Muric joined Nottingham Forest on loan for the 2019-20 season.

But the Kosovo goalkeeper quickly fell out of favour at the Championship club, with The Athletic reporting that Muric rarely mixed with the other players and was caught using his phone at half-time. Subsequent loan spells with Girona and Willem II have proven more successful.

Now out on loan at Turkish side Adana Demirspor, it looks increasingly unlikely that he’ll return to play a role in the first-team squad. Still, Muric’s contract at the Etihad runs until 2024 – so never say never.

Humphreys had already played for the first team by the time he lined up against Tottenham but that would prove to be his only senior appearance for City.

The full-back, who appeared in two FA Cup matches in 2016, joined Belgian side Zulte Waregem in the summer of 2019 – he’s still there now – and spoke to us about his time under Pep Guardiola.

His half-time replacement against Spurs is also no longer a City player. Dele-Bashiru joined Watford on a six-year deal in 2019 and scored on his debut against Tranmere Rovers in an FA Cup tie.

Less happily, he suffered an anterior cruciate ligament injury on his league debut against Reading in October 2020 and took a long time to recover. Opportunities were few and far between at Vicarage Road but he’s featured regularly on loan at Reading this season. 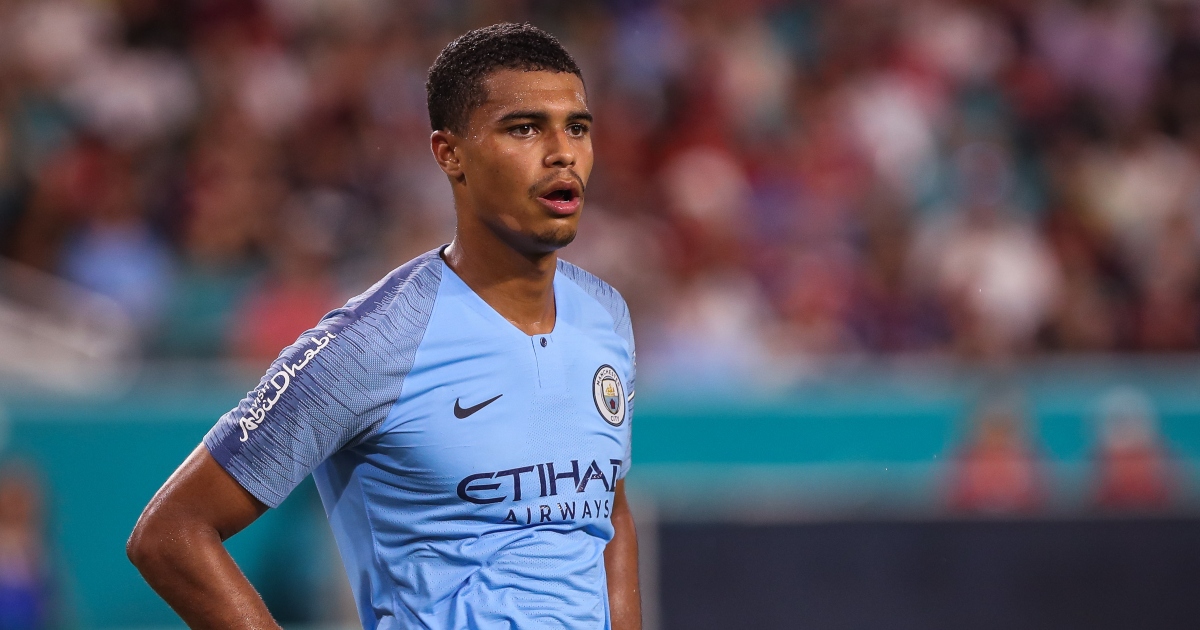 READ: The story of the ex-Man City kid who Cruyff turned Ronaldo on his debut

The England team that won the 2017 Under-17 World Cup in India included Foden and Jadon Sancho but the captain was Latibeaudiere.

Sadly, the centre-back has enjoyed less success than his former City teammates. Latibeaudiere moved to Championship side Swansea City in 2020 in order to play more first-team football, reuniting with his former Under-17 boss Steve Cooper.

“When Swansea came in I was over the moon. I knew some of the staff and I knew a lot of players who had already played here that only had good things to say. It just felt like the right move.”

Cooper has since moved on to Nottingham Forest, but the 22-year-old centre-back remains a useful squad player at the Liberty Stadium. Progressively-minded coach Russell Martin is now overseeing his development.

Following successful loan spells at West Brom and Blackburn, City cashed in on Adarabioyo and sold him to Fulham before the 2020-21 season.

The 23-year-old performed impressively despite Fulham’s relegation and made 193 clearances in the Premier League – more than any other player.

He’s underlined that quality as a near ever-present in the Cottagers’ promotion push – which looks well on course to be achieved emphatically.

Tosin Adarabioyo is such a baller.

After graduating from City’s academy in the summer of 2018, Francis was loaned out to Dutch side Almere City before making a permanent transfer to Wolves six months later.

Having struggled to break into the City first-team, the centre-back experienced the same fate at Molineux. Francis never played for the first team at Wolves and is now turning out for National League outfit Notts County.

Born in England, but representing Wales at international level, Smith enjoyed loan spells at FC Twente, QPR, Charlton, Doncaster and Hull while being named in Wales’ squad for Euro 2020.

The midfielder finally left his parent club in January, signing for MK Dons for an undisclosed fee. He’s since made a handful of appearances for the League One promotion-chasers. 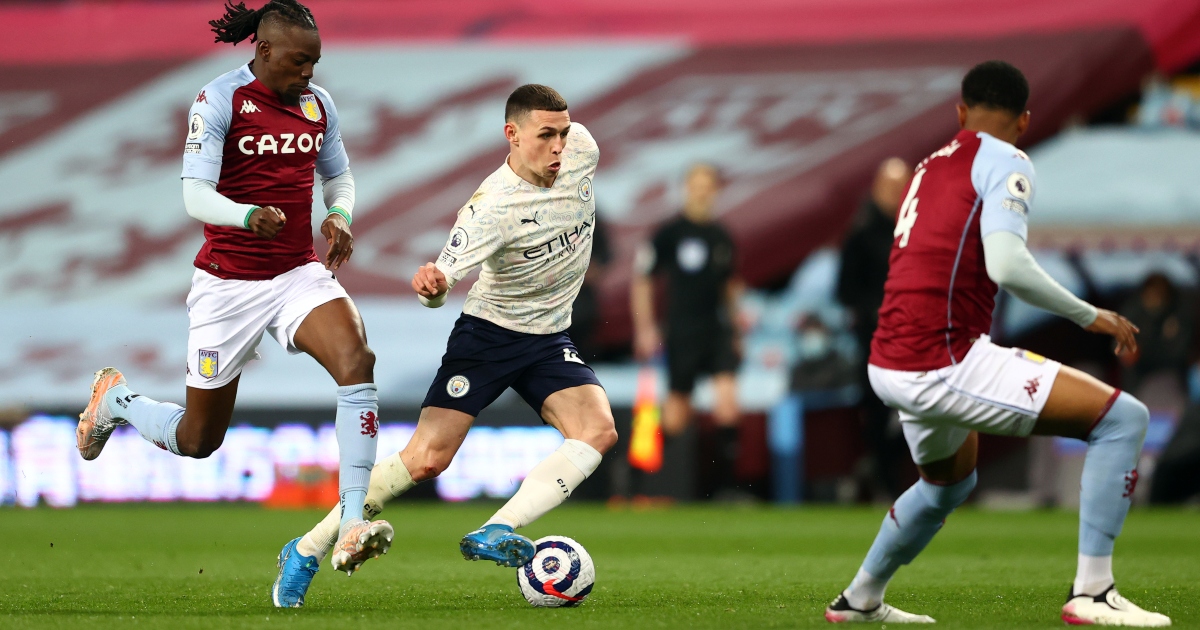 READ: The spirit of Maradona and Zidane lives on inside the feet of Phil Foden

Aside from Foden, Diaz has seen the most success of any player on this list – anyone who can list Manchester City, Real Madrid and AC Milan on their CV has clearly done something right.

City never wanted to sell Diaz but the forward wished to depart at the end of his contract. Eventually, Guardiola cut his losses and sold Diaz to Real Madrid in January 2019 for a fee of €17 million.

The 21-year-old fluttered about on the fringes of the Real squad, making 21 appearances over a season and a half without ever quite establishing himself as a starter.

A two-year loan move to Milan worked wonders for Diaz, and he may well end the 2021-22 campaign as a Serie A champion.

Scorer of two goals against Spurs, Poveda made just one first-team appearance under Pep Guardiola and joined Leeds on a permanent deal in January 2020.

Despite earning plaudits whenever he’s made an appearance, the young winger has found opportunities hard to come by at Elland Road.

Poveda made 14 Premier League appearances for Bielsa’s Leeds during their first season back, but they were all off the bench and totalled just 345 minutes.

He was loaned out to Blackburn Rovers for the 2021-22 campaign but just as he appeared to be making an impact, he suffered a serious ligament injury – which may well rule him out until next season.

His half-time replacement in May 2018 was a highly rated prospect that never broke through at the Etihad Stadium.

Garre decided to leave City in search of more first-team football and switched to Racing Club in his native Argentina.

Upon departing, he told the Manchester Evening News: “Guardiola called me when I arrived at Racing to wish me the best. I’ve learned a lot from Pep; he’s a top-class coach. I’m very grateful for everything he gave me.”

A lack of first-team appearances at City? A handful of impressive loan spells? A glowing reference from Pep Guardiola? Check, check and check.

Bolton has spent time at Wycombe, Luton and Dundee United and was convinced to double up as a full-back after a word from Guardiola. Speaking to MEN in 2019, he said: “He pulled me into his office. We are speaking, he thanked me for pre-season and then said that’s where he thinks I’m going to be best.

“I will take it on board from someone like that as he’s managed a lot of top players as well. He said, with my pace, getting up and down the line, he just thinks I’m going to be more sorted to full-back than as a winger.”

In January, he signed a permanent deal with League Two Salford City.

Substitute striker Gonzalez was another of this line-up never to play for City and is now, via Malaga, playing in the Czech Republic for Usti nad Labem, on loan from Swiss side St. Gallen.

Nmecha is one of those that appears to be delivering on the hype. He scored 21 goals for Vincent Kompany’s Anderlecht last season, which earned a permanent move to Wolfsburg last summer, and his first senior Germany cap in the Autumn.

His form has come as something of a surprise considering previous loan spells at Preston, Wolfsburg and Middlesbrough have redefined the word ‘underwhelming.