Where are they now? 16 Real Madrid kids given debuts by Jose Mourinho 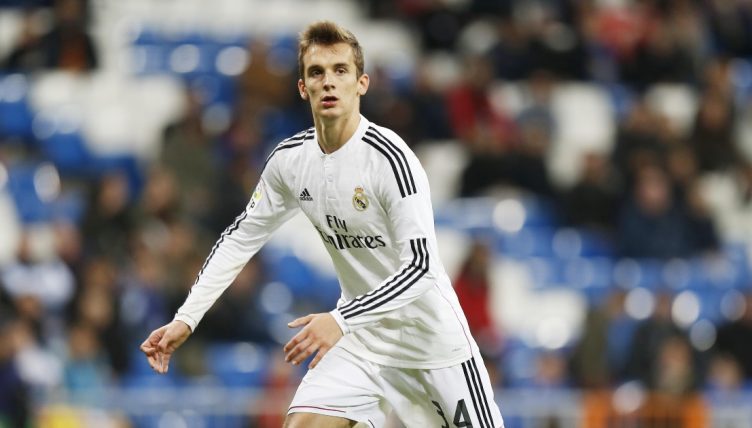 Despite often being criticised for not putting his faith in young prospects, Jose Mourinho gave plenty of academy graduates a chance at Real Madrid.

Madrid’s academy has produced a lot of talented stars over the years, although the crop of players used by Mourinho had some mixed success.

We’ve revisited the 16 academy graduates handed debuts by the manager to see how they subsequently fared.

Adan became a pawn in Mourinho’s war with Iker Casillas, making 18 first-team appearances for Madrid in all competitions.

The goalkeeper had his contract terminated shortly after Mourinho’s departure in 2013 and signed a deal with Cagliari.

He returned to the Spanish capital five years later, serving as Jan Oblak’s deputy at Atletico Madrid, before moving to Sporting Lisbon and helping deliver their first league title in 19 years.

After impressing for the reserve team, Nacho was promoted to the senior squad towards the end of Mourinho’s first season in charge.

Along with Cristiano Ronaldo, there are now 🔟 players who have won the #UCL five times! 🖐🏆 pic.twitter.com/0mvBgkH3Ft

Sarabia came on as a substitute for the last 18 minutes of a 4-0 Champions League victory over Auxerre in December 2010 but never featured for the club domestically.

The Spaniard made 232 La Liga appearances for Getafe and Sevilla before joining PSG in 2019. Last season he was out on loan at Sporting but he’s back with the French champions now.

Morata made 18 first-team appearances over the course of Mourinho’s three-year stint in charge and remained in touch with his former boss.

“I have a good relationship with Jose,” Morata told the Daily Mail in 2017. “He was my first coach in professional football and he gave me the chance to be a professional.

“He made me the first contact. Sometimes we send messages, not speaking about football, asking if everything’s OK and sending some jokes.”

The striker was sold to Juventus by Carlo Ancelotti in 2014, but Madrid exercised their buy-back clause two years later.

He was on the move again 12 months later, joining Chelsea before moving back to boyhood club Atletico. The striker spent the last two seasons out on loan at Juventus but he’s been reintegrated into Diego Simeone’s squad for the 2022-23 campaign.

Álvaro Morata in his early years:

He was such a prolific goalscorer during his youth. pic.twitter.com/t8M0dBI6ks

No, not the former King of Spain. This Juan Carlos made his Madrid debut as a substitute for Angel Di Maria in the closing stages of a a 6–1 La Liga home rout of Deportivo de La Coruna in 2010.

That proved to be his one and only appearance for Los Blancos before he was sold to Braga in 2011.

He never played for the Portuguese club, instead spending time on loan at Zaragoza, Real Betis and Granada before making a permanent switch to Malaga in 2017. Nowadays he’s turning out for Panathinaikos.

Meijas came on as a late substitute in Madrid’s 4–0 win over Getafe in May 2011 and was never able to add to that one game in white.

Former Madrid defender Aitor Karanka took him to Middlesbrough when managing the English club in 2014, but he failed to establish himself as their first-choice goalkeeper.

The 33-year-old was most recently seen between the sticks for Western Sydney Wanderers but is currently without a club.

Meteos was highly rated by Mourinho and made his first-team debut against Ajax in the Champions League in November 2010.

He followed that up with a start against Levante in the Copa del Rey six weeks later before becoming a bit of a world traveller.

The centre-back has since had spells in Hungary and America, no fewer than three Israeli clubs, the wonderfully-named The Strongest of Bolivia and most recently Guangxi Pingguo Haliao, who play in the Chinese lower leagues.

Look up “journeyman” in any good footballing encyclopedia and you’ll see a picture of David Mateos.

Casado made his official debut in December 2011, playing 70 minutes in a 5–1 home win against SD Ponferradina in the Copa del Rey.

No more senior games would follow, and the left-back dropped down to the Segunda division with Real Betis in 2014.

In 2017, he made a move to Greek side Xanthi, before moving back to Madrid to turn out for lower-league outfit Rayo Majadahonda.

A product of Real Madrid’s academy, Callejon had to wait until his second spell at the club before making his first-team debut under Mourinho, having spent three years at Espanol before returning to the Bernabeu in 2011.

The winger helped Mourinho win the La Liga title in 2011-12 before joining Napoli shortly after the manager’s departure in 2013.

He has spent most of the last nine years in Italy, moving to Fiorentina in 2020, scoring 65 goals in 305 Serie A appearances, before moving to Granada this summer.

Jose Callejon: "If I score against Real Madrid, I will not celebrate. I have huge respect for the club." pic.twitter.com/dmSGIasT4m

Jese was just 18 when he made his debut against SD Ponferradina in December 2011 and was tipped for a bright future at the Bernabeu.

After falling down the pecking order at Madrid, the winger joined PSG in 2016 but has only made 16 appearances for the French side to date.

After underwhelming loan spells in Spain and England, he’s recently joined Turkish outfit Ankaragucu. Of course he has.

We’re starting to doubt anything in Jese’s football career will doubt the time he paid €5000 in text messages to help eliminate his ex from the Spanish version of Big Brother.

Pacheco made his debut in the 2011-12 Copa Del Rey but had to wait another three years before making his second Madrid appearance.

The goalkeeper may not have made the grade in Madrid, but he has still made over 250 La Liga appearances for Alaves.

Not to be confused with Jese Rodriguez, the midfielder marked his debut under Mourinho with a bang as he came off the bench to score in a 4-1 Copa del Rey victory over CD Alcoyano in October 2012.

Two months later, he became the youngest Real Madrid player to appear in the Champions League as he replaced Kaka in a group-stage victory over Ajax.

But the Spain youth international made just four appearances in total for the club and is now turning out for Belgian side Union Saint Galloise, after a nomadic career that’s seen him represent Maccabi Haifa, Malaga, Fuenlabrada, Mainz, Fortuna Sittard, Galatasaray and Deportivo La Coruna.

Cheryshev played the first hour of Madrid’s 3-0 Copa del Rey victory over Alcoyano in 2012 in what was his only appearance under Mourinho.

“Mourinho is not the person the press makes him out to be,” Cheryshev told VM Daily in 2012.

“I know how he treats us, the younger players, and he does it with the utmost respect while making no distinction between any of us.

“The first time I spoke to him face-to-face my heart was pumping so much I thought it was going to come out of my chest.”

Madrid were famously kicked out of the Copa del Rey in 2015 for playing Cheryshev when he was ineligible.

The winger joined Valencia after impressing for Russia at the 2018 World Cup before moving to Venezia. We fell in love with him a little bit after signing him on Football Manager 2015.

Barcelona with this beautiful show of support for club legend Denis Cheryshev who knocked Real Madrid out of the Cup pic.twitter.com/sfeR9r3SRL

“I remember every moment of that day,” Fernandez told Berkshire Live in March 2020 when discussing his Madrid debut.

“When the coach said to me on the bench I was coming on I was very nervous, like a small child.

“But Mourinho talked to me and told me to be calm, do what I knew and everything was going to be okay. I played a few passes but I only played four or five minutes…not too much.

“What I remember most were the hugs from Sergio Ramos, Iker Casillas and Xabi Alonso when the game ended, congratulating me on the debut. They are my heroes in football. After they game they hugged me and it was a special moment for me.”

The younger brother of the previously mentioned Nacho, Fernandez played just twice for Real’s first team before spells at Espanyol, Reading and Elche.

He has spent the last five years with Cadiz, helping the club get promoted in 2021 before keeping them up by the skin of their teeth last term.

A nine-minute cameo off the bench in Mourinho’s final match in charge of Real amounted to the full extent of Mascarell’s first-team career at the Bernabeu.

The midfielder spent the following season on loan at Derby County in the Championship but has carved out a decent career in the Bundesliga, captaining Schalke before returning to Spain with Elche last year.

The centre-back was handed his Real Madrid debut in Mourinho’s final game in charge of the club but made just one more La Liga appearance for the club before spending seasons out on loan at Rayo Vallecano and Malaga.

Llorente flourished since joining Sociedad on a permanent deal in 2017, going on to join Leeds United after they came up in 2020. We’re still scratching our heads as to whether the Spain international’s any good or not, with any one match likely to provide plenty of evidence either way.

TRY A QUIZ: Can you name the 25 players Real Madrid have signed from the Premier League