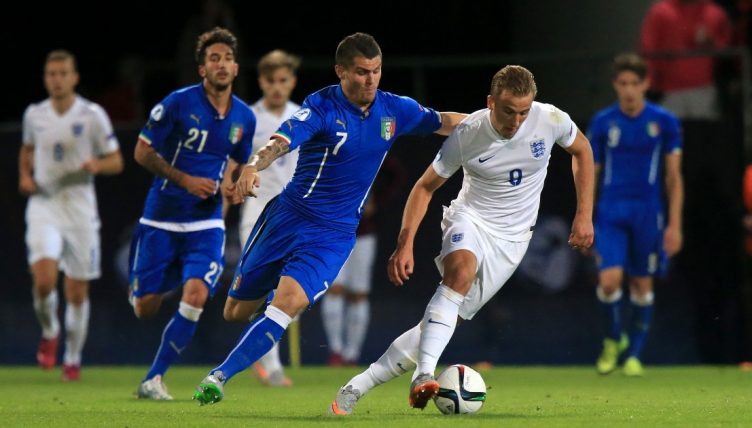 Back in the summer of 2015, Harry Kane had just started to demonstrate the quality we’ve all become accustomed to by now after a breakthrough season at Tottenham.

Kane scored 31 goals in all competitions during the 2014-15 season and hasn’t looked back since. The 27-year-old is now captain for club and country, and well on track to become the Premier League’s all-time top scorer and England’s as well.

That form resulted in Roy Hodgson handing the striker his debut as a second-half substitute for Wayne Rooney in a friendly against Lithuania. He set the tone for his international career by scoring after just 80 seconds, adding the fourth in a 4-0 win.

He’s been a regular for the Three Lions ever since, but he continued to turn out for Gareth Southgate’s Under-21s back in June 2015 in a disappointing European Championship campaign.

With Kane leading the line, Southgate’s Young Lions were dumped out at the group stage after losing two of their three matches. Their fate was sealed in a 3-1 defeat to Italy, which turned out to be Kane’s final appearance – but what became of his team-mates that day?

Three years after being given his senior England debut as a teenager against Italy when he was yet to play a minute of Premier League football, Butland continued to turn out for the Under-23s.

Eight further caps followed for the Three Lions between 2015 and 2018, but he never fulfilled his potential as a future England No.1. His reputation has never quite recovered since Stoke’s 2018 relegation and subsequent struggles in the Championship.

Most recently seen warming the bench for Crystal Palace.

It was always adorable how much Jenkinson loved playing for the club he supported as a child, but it became increasingly clear over time that he wasn’t quite cut out for Arsenal.

After eight years on their books, and three loans away, Jenkinson signed for Nottingham Forest in August 2019. He’s only been a bit-part player at the City Ground, totalling fewer than 1000 minutes across just 10 appearances in two full seasons.

A boyhood Arsenal fan who lived the dream.

Finally, at the age of 27, Stones appears to have fulfilled his potential as the best English centre-half of his generation. He formed a formidable partnership with Ruben Dias in Manchester City’s 2020-21 title triumph and has started all three games for England as they’ve kept three successive clean sheets in the Euro 2020 group stage.

There were plenty of bright moments in the years prior at Everton and City, having first caught the eye back at boyhood club Barnsley, but he’s finally delivering consistently and reliably for club and country.

The nephew of Middlesbrough chairman Steve Gibson, Nunthorpe-born centre-back started to break through for the Smoggies back in 2013 and went on to make over 200 appearances for the club before he joined Burnley for a joint club-record £15million in 2018.

Things didn’t go plan at Turf Moor; he scored on his only Premier League appearance for the Clarets, playing just 63 minutes in two seasons. He remains contracted at Burnley, but spent 2020-21 on loan at Norwich – he appears to have got his career back on track, having made 27 appearances in their promotion-winning campaign.

Carlo Ancelotti famously had no clue who Garbutt is, which tells you the kind of impact he made during his 11 years at Goodison Park. After leaving Everton permanently in 2020, he joined Blackpool.

The left-back was a key player as Neil Critchley’s Tangerines secured promotion to the Championship.

Carlo Ancelotti on Luke Garbutt leaving Everton after 11 years at the club:

Brighton academy graduate Forster-Caskey hasn’t featured for the Young Lions since 2015, and his club career has unfortunately been severely hampered by injuries.

The midfielder has made over 100 appearances for Charlton since he joined in 2017, but in May he suffered the second anterior cruciate ligament injury of his career and faces another lengthy spell on the sidelines.

Loftus Cheek has received 10 caps for England, four of which came at the 2018 World Cup in Russia, but there’s a sense his career has stalled after an indifferent season on loan at relegation Fulham in 2020-21.

Southgate evidently had a lot of time for Chalobah, and handed him his debut in the closing stages of a memorable 3-2 win away to Spain in the Nations League back in October 2018.

But the midfielder hasn’t quite kicked on as his former Under-21s coach might have hoped he would, though he did play a prominent role for Watford as they bounced straight back to the Premier League in 2020-21. If it can happen for Kalvin Phillips… Never say never?

Redmond moved to Southampton for a reported £10million following Norwich’s relegation in 2016. The winger has scored 27 goals in 199 appearances across five seasons for Saints.

The winger made his first and only appearance for England as a second-half substitute in a 1-0 friendly defeat to Germany in March 2017.

He remains eligible to make the switch to Jamaica, where he has family heritage, and in April 2021 it was reported that the Jamaican Football Federation had enquired about whether he’d be interested.

Pep Guardiola’s a fan too… we think?

Plus an INTENSE full-time rant from Pep Guardiola to Nathan Redmond 😡😡 pic.twitter.com/FtjD1ac8HT

A few weeks after his final appearance for England’s Under-21s – in which he played in the No.10 role behind Kane – Ings signed for Liverpool. The Reds were eventually made to pay £6.5million to Burnley for his signature after the case went to a tribunal.

A months later, Jurgen Klopp arrived, and he suffered an anterior cruciate ligament injury in the first training session under the German coach. Three years later, after just 25 appearances and four goals, he moved to Southampton where he rekindled his career, originally on loan.

One of the stars of England’s run to the World Cup semi-finals in 2018, Lingard’s career seemed to hit a bit of a brick wall from there.

He found his mojo again on a loan to West Ham during the latter half of the 2020-21 season, notching nine goals and four assists in 16 appearances for the club. After a couple of lively displays in the final pre-tournament friendlies, he can consider himself a tad unfortunate not to have made Southgate’s final 26. 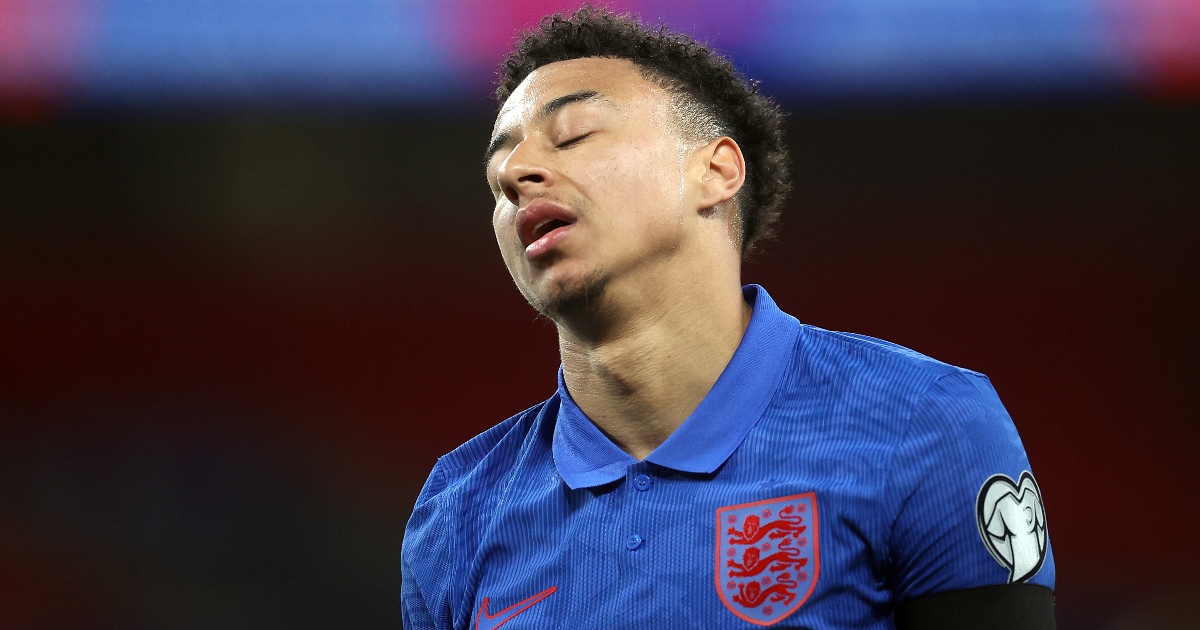 READ: An excellent XI of players who failed to make England’s Euro 2020 squad

Who? Whilst football betting is hugely popular, it’s no suprise that the Spurs and England forward was one of the favourites for the Golden Boot at Euro 2020… And there’s still time yet.