Where are they now? Leeds United’s last 11 Young Player of the Year winners 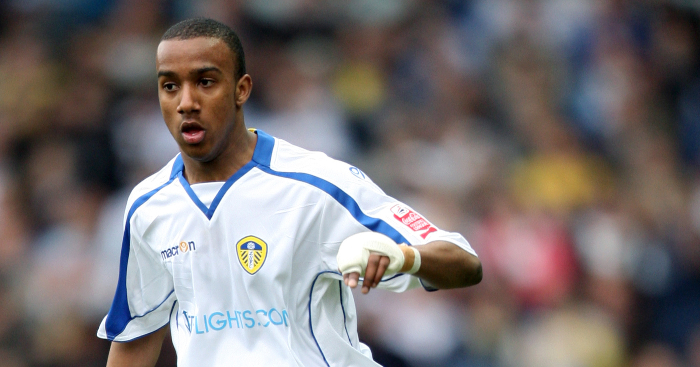 Throughout the dark days of Leeds United‘s 16-year slog to get back into the Premier League, plenty of players have proven not up to the task, but they’ve always been able to rely on their academy to keep producing excellent footballers.

Leeds’ youth system has provided players for their 1992 title win through to their Champions League semi-final run, and it has remained as productive as ever during their Football League odyssey.

Some graduates have gone on to play for England, while most have joined a club in one of Europe’s top five leagues. Here’s what they’re previously 11 Young Player of the Year winners are doing now.

While his future coach Pep Guardiola was winning the treble with Barcelona, Fabian Delph was turning heads for Leeds in League One, winning both the Young Player and Player’s Player awards in 2009.

Since impressing at Aston Villa, he’s a back-to-back Premier League winner with Manchester City. He called time on his City career in 2019, moving to Everton and going back into his favoured midfield position.

One Leeds fan was even so certain of his future success at the time, he put money on the then-teenager to get 20 caps for England. After a decade’s wait, he won a small fortune.

On this day in 2009 Fabian Delph scored this screamer for #LUFC at Brighton, the 2nd in a 2-0 win at the Withdean. pic.twitter.com/Vw4afWXfGG

The full-back’s playing career looked like it might have come to an early and sad end due to injuries. He was released by Leeds in 2015 and failed to do much of note at Barnsley and Rotherham.

But after two years without a club, he’s worked his way back to fitness to join Hearts, making 16 appearances in his debut campaign as the Edinburgh outfit were controversially relegated.

Morley-born Howson will always be fondly remembered by Leeds fans for his contributions in the League One era, before stepping up to impress once they made it to the Championship in 2010. He won the Young Player of the Year award in 2011, three years after winning it for the first time.

Part of the contingent that left for Norwich City, he made nearly 200 appearances for the Canaries as they flitted between the top two tiers between 2011 and 2017 before signing for Middlesbrough. 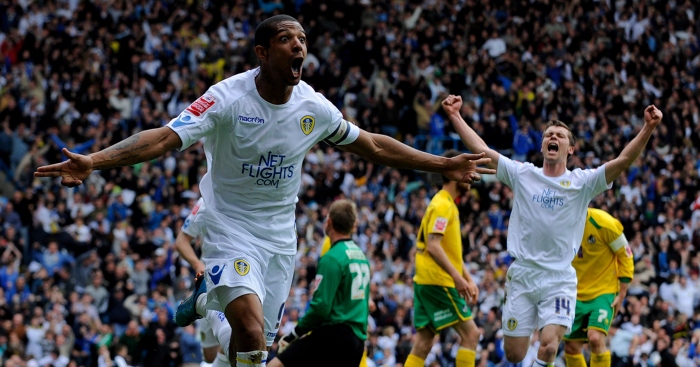 The centre-half was hung out to dry by Neil Warnock as his Leeds career gradually petered out, but his breakthrough performances in the 2011-12 season won him the award early on.

Now Sheffield Wednesday captain, he’s made over 200 appearances for the club since making the switch in 2014.

The right-back won the triple accolade of Player Of The Year, Player’s Player and Young Player after the 2012-13 season – despite manager Neil Warnock being unaware of the youngster’s name at the start of pre-season.

He left for West Ham a couple of years later but injuries curtailed his time in east London. After being sent out on loan to Nottingham Forest, he joined Norwich City in the summer of 2019, making 15 Premier League starts as the Canaries were relegated straight back to the Championship.

Mowatt stepped up to be named all-round Player of the Year after a strong individual 2014-15 campaign, but things went downhill from there.

After falling down the pecking order with Garry Monk in charge, he was sold midway through the 2016-17 season to Yorkshire rivals Barnsley.

It took a while for him to make an impact at his new club, and was sent out on loan to Oxford United while the Tykes were relegated from the Championship in 2018-19, but he became a pivotal player in their promotion from League One and dramatic survival in the Championship.

Back-to-back Young Player of the Year in 2015 and 2016, it was clear that Cook’s technical ability and reading of the game would take him to the very top, standing out while surrounded by the mediocrity of the Dave Hockaday, Darko Milanic, Neil Redfearn, Uwe Rosler, Steve Evans years (yes, all those managers for just two seasons).

His post-Leeds career has been blighted by injury at times, but he has captained England’s Under-20s to World Cup glory, won his first senior cap and reportedly caught the eye of Liverpool. Bournemouth may have been relegated, but it won’t be too long before Cook is back in the Premier League.

Having initially burst onto the scene at Elland Road, Vieira’s progress stagnated in subsequent seasons and he joined Sampdoria for £7million in the same summer Marcelo Bielsa took over at Leeds.

After making just six Serie A starts in his debut campaign in Italy, Vieira made 20 in his second season and has been linked with a Premier League move.

Despite some unconvincing performances for Leeds, Burnley signed the goalkeeper for £2.5million to provide back-up for Nick Pope and Joe Hart, but the 23-year-old is yet to appear for the club, although he remains a regular for Northern Ireland.

The winger exploded onto the scene midway through the 2018-19 season, scoring goals against Aston Villa and Nottingham Forest.

Tottenham sanctioned a deal for the 18-year-old over the summer before sending him back on loan to continue his development under Marcelo Bielsa.

But he struggled for opportunities upon his return, missing out on matchday squads because of a ruling on maximum number of loanees, and returned to Tottenham to be sent out on loan to QPR in January, where he similarly struggled for game-time.

He’s so good. So, so good. The only problem is Leeds face a huge battle to sign the centre-back permanently from Brighton.