Where are they now? Liverpool’s first Premier League Xl from 1992 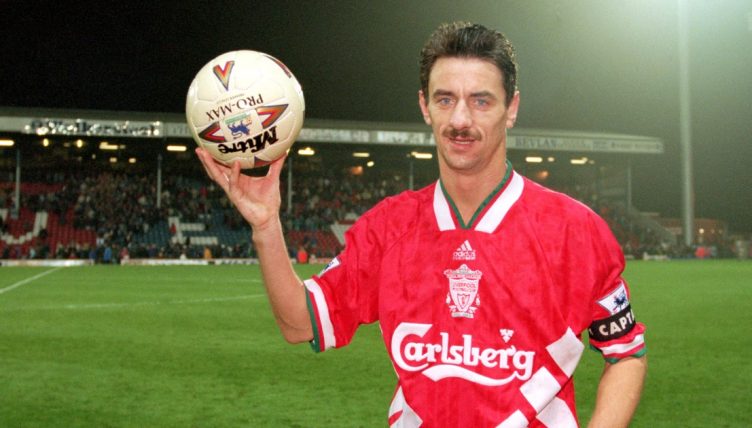 Liverpool finally secured their first Premier League title at the 28th attempt in 2019-20 – but what became of their first Xl from the inaugural season?

The Reds played Nottingham Forest at the City Ground in August 1992, with Teddy Sherringham’s goal securing a 1-0 win for the home side.

We’ve taken a look back at their side from that day to see what those players went on to achieve.

James remained a Premier League mainstay at various clubs for 18 more years after this game, making another 571 appearances in the competition.

After hanging up his boots, he had a brief spell managing the Kerala Blaster in the Indian Super League but was sacked in December 2018.

Away from football, the 50-year-old appeared on Strictly Come Dancing in 2019 and was the fourth celebrity to be voted off.

James has since served briefly as an assistant to his former Pompey team-mate Hermann Hreidarsson with Icelandic club Prottur Vogum and can often be seen doing punditry work in the UK.

Burrows left Liverpool for West Ham in 1993 and went on to play for Everton, Coventry City, Birmingham and Sheffield Wednesday.

Persistent injury problems forced the defender to retire in 2003, and he then emigrated to South-West France with his wife and children.

He became involved in local amateur side Olympique Coux et Bigaroque and also works as a waiter.

Tanner only made 10 appearances for Liverpool in 1992-93 and a persistent back problem forced the defender into early retirement in 1994.

The 55-year-old went on to manage six non-league teams but hasn’t been in the dugout since leaving Winterbourne United in 2011.

He now works in the insurance industry for QDOS Breakdown and is also something of a Fantasy Football expert.

“I hadn’t even done fantasy football before last season. My lad William set up a league with his mates and I joined that but I didn’t really know the rules,” he told The Athletic in October 2019.

“I was so far behind that I lost interest and gave up. But this time around 25 of us stuck a tenner in each so I decided to take it more seriously.”

Enjoying the budding fantasy football rivalry between Nick Tanner and Magnus Carlsen. And I'll say it: if Tanner's name was Tannadicio, he'd be getting touted for the top jobs pic.twitter.com/Us8fmky6WN

Wright made over 200 appearances during his seven seasons at Liverpool, but injuries forced him into early retirement in 1998.

He then went into management and had stints at Southport, Oxford United, Chester City, Peterborough and Maltese side Floriana.

The 57-year-old occasionally appears as a pundit on LFCTV and is also an ambassador for Foster Care Associates.

Nicol won four league titles and three FA Cups at Liverpool but left the club to become a player-coach at Notts County in 1995.

He moved to America in 1999 as player-coach of Boston Bulldogs before going on to manage New England Revolution for 10 seasons until 2011.

The 60-year-old now works as a pundit for ESPN in the USA.

Walters scored Liverpool’s first Premier League goal in a 2–1 win over Sheffield United and also became the first player to score a Premiership hat-trick for the Reds.

But the midfielder eventually fell behind Jamie Redknapp in the pecking order and was allowed to join Southampton on a free transfer in January 1996.

After retiring from football, he became head coach of the under-14s at Aston Villa’s academy and is now a property landlord.

Rosenthal played for Tottenham and Watford after leaving Liverpool and now works as a football agent and consultant.

Thomas famously ruined Liverpool’s title dreams in the most dramatic fashion in 1989 but joined the Reds from Arsenal two years later.

The midfielder won the FA Cup in 1992 and spent seven years at Anfield before finishing his career with short stints at Benfica and Wimbledon.

He is now running his own security and chauffeur firm in Liverpool called ‘Stop taking the Michael.’

Injuries hampered the latter stages of Whelan’s time at Liverpool and the midfielder was released by the club in 1994.

“I was offered a one-year contract,” Whelan told The42 in 2017. “Roy Evans was now the manager, I said to him I’ve been here for 15 years. Surely, I deserved a bit more than that. If they were to give me two years, I was going to take it.

“Roy went to get it sorted and a couple days later I still hadn’t heard anything. Then he said they’ve withdrawn it and there is no contract available. And that was it.

“I got in my car and drove home. They don’t give a fuck about you. After 15 years that was it. I was crying all the way home. I had to stop the car.”

He then joined Southend United as player-manager and also had stints in charge of Panionios, Apollon Limassol and Olympiakos Nicosia.

The 60-year-old now works as a football pundit for RTE Sport in Ireland.

Saunders only had one full season at Liverpool and joined Aston Villa in a £2.5million deal in September 1992.

The striker had further spells at Galatasaray, Nottingham Forest, Sheffield United, Benfica and Bradford City before retiring in 2001.

He managed seven different clubs between 2008 and 2015 before becoming a pundit with BT Sport and TalkSport.

The 57-year-old was jailed for 10 weeks in August 2019 after refusing a breath test when he was stopped by police, but he was released on bail after just one day.

Rush is Liverpool’s all-time leading goal-scorer and called time on his career at the age of 38 after a brief spell playing in Australia.

After a few months as manager of Chester City, he became involved in media work and also returned to Liverpool as a club ambassador.

McManaman left Liverpool for Real Madrid in 1999 and is now a regular pundit and commentator on BT Sport.

Stewart joined Liverpool from Tottenham in 1992 but failed to make an impact at Anfield, scoring three goals in 42 appearances for the club.

The striker was sold to Sunderland in 1995 and saw out his playing career with at non-league side Workington.