Where are they now? Every January signing by Liverpool since 2005 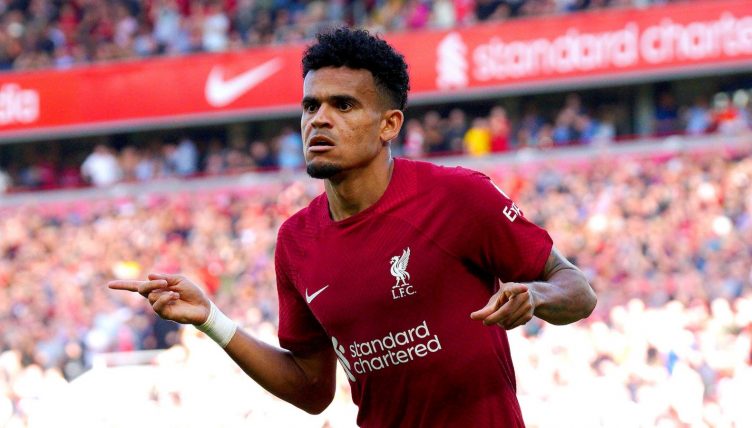 Apart from a handful of ocassions, Liverpool haven’t exactly been prolific spenders in the January transfer window.

The Reds have generally spent the bulk of their transfer fees in the summer, although that has meant a number of intriguing, lower-profile signings have been made in the winter window.

We’ve taken a look back at every January signing they’ve made since Rafa Benitez’s first season at Anfield, excluding players signed to appear in their youth teams.

Had Morientes joined Liverpool just a season or two earlier, it could have been glorious. Instead, it was 12 goals in 18 months.

After retiring in 2010 following a season with Marseille, the former Real Madrid hitman donned his boots once again for DAV Santa Ana in the Madrid regional championships in 2015, at the age of 38.

Later that year, he was appointed manager of CF Fuenlabrada but was sacked less than 12 months later. He hasn’t returned to the dugout since.

Felt massive at the time. Loved this goal at Charltonpic.twitter.com/kNpbZgeO14

Signed as a back-up to Jerzy Dudek in 2005, Carson’s Liverpool career peaked early when he made five appearances in his first six months at the club, including the home leg of the Champions League quarter-final victory over Juventus.

The majority of his time at Anfield, however, was spent out on loan, and Carson spent the best spell of his career at Aston Villa. He’s now living his best life as Manchester City’s only-in-emergencies keeper.

While searching Getty for images of Kromkamp we discovered he appeared for a Liverpool Legends side in 2017, which seems a stretch too far. 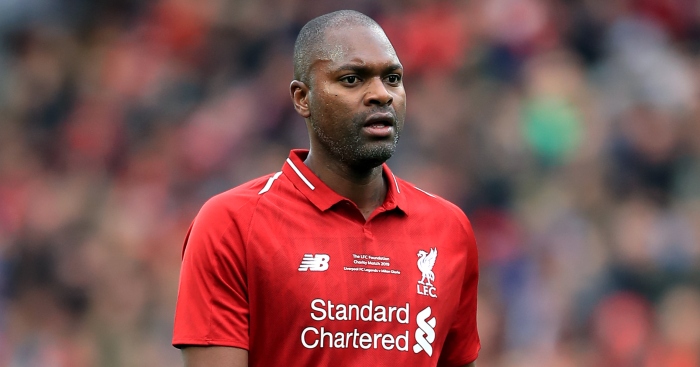 We have a soft spot for Agger, his thunderous left foot and his body made of tissue paper.

After retiring in 2016, at just 31 years of age, he has worked as a tattoo artist and also helps run a sewer company called KloAgger.

The 38-year-old returned to football in June 2021 and was appointed manager of Danish 1st Division side HB Koge.

Fowler returned to his first love in 2007, and while he was no longer the same player, he still managed to extend his record for Liverpool to 183 goals in 369 games, making him the sixth-highest scorer in the club’s history.

The former England international has also moved into management and recently had brief spells in charge of Australian outfit Brisbane Roar and Indian side East Bengal. 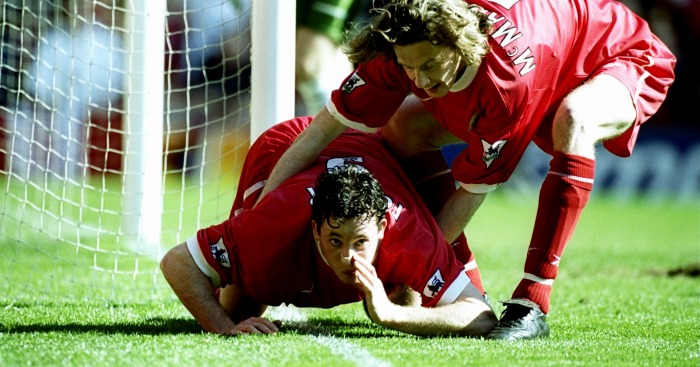 Arbeloa’s career as a low-key yet hugely-successful footballer is exactly the kind we’re envious of.

Except for that last season at West Ham before he retired in 2017.

The first Italian to ever appear for Liverpool, Padelli was in the midst of a series of temporary moves to Serie B clubs when he joined the Reds on loan from Sampdoria in 2007.

Liverpool had an option to sign Padelli permanently at the end of the season, but the goalkeeper failed to impress in his solitary appearance for the Reds, which came in a 2-2 draw with Charlton on the final day of the season.

After eventually establishing himself as a Serie A No.1 with Torino, the 33-year-old, he reverted to a back-up option when joining Inter in 2017. Padelli made just four Serie A appearances during his four seasons at the club and completed a free transfer to Udinese in 2021.

After spells at Fenerbahce and Istanbul Basaksehir, Skrtel has now returned to his native Slovakia to play for Spartak Trnava. He still looks hard as f*ck.

“When I left Liverpool it wasn’t good for me, and I didn’t like it,” Mascherano said in November 2017. “I didn’t like having the feeling that I could go back to Liverpool and there was still something toxic there.

“It was a stormy summer for me. Rafa Benitez had left Liverpool and there was the possibility of going to Inter with him. We were negotiating, but things did not go the way we wanted. I already had the idea of leaving Liverpool.

“He was the manager who had bet on me when I did not know what to do at West Ham. When he left, I believed that it would not be the same and I needed to take a step forward.”

It’s always worth remembering that after Mascherano left Liverpool, he went on to tear his anus while playing for Argentina at the 2014 World Cup.

Oh, he also won lots of trophies with Barcelona. He retired in 2020 after spells with Hebei China Fortune and Estudiantes.

Fondly remembered at Liverpool for scoring two hat-tricks in three matches during the 2010-11 season, Rodriguez decided to retire in December 2021 after his third spell with Newell’s Old Boys. 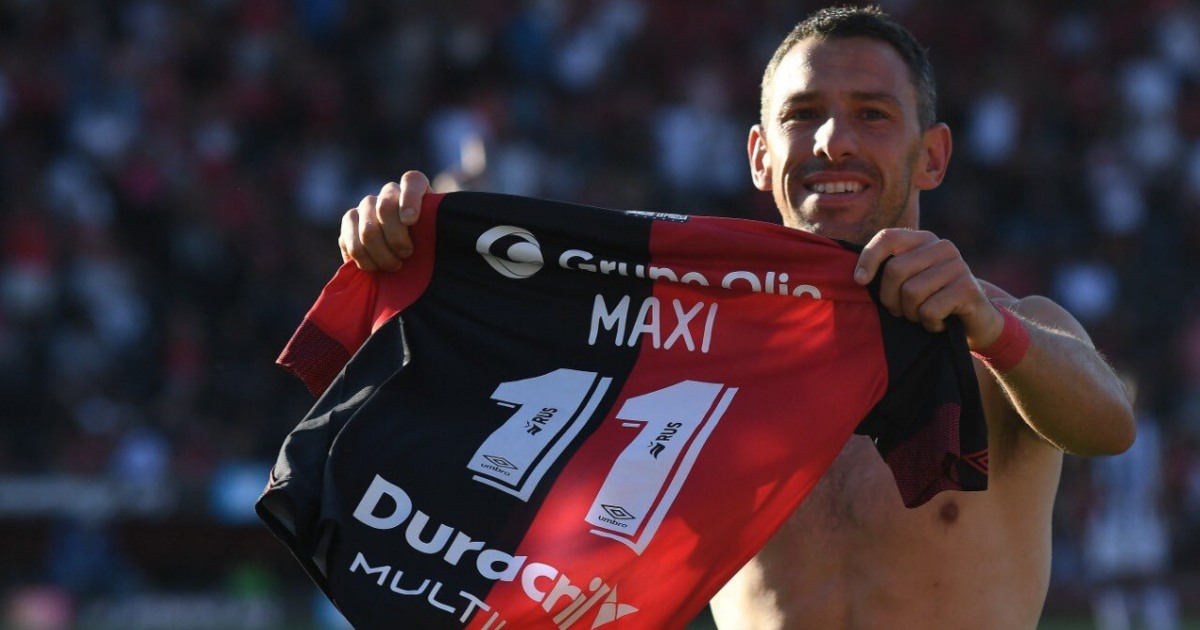 The seventh most expensive January signing in Premier League history failed to live up to expectations at Liverpool and was sold to West Ham at a huge loss in 2013.

After scoring just one goal during his second spell at Newcastle, the former England striker dropped down to the Championship with Reading in 2021.

It’s funny looking back that Suarez’s arrival was completely overshadowed by the signing of Carroll, but it’s safe to say which one worked out better, and who has gone on to have a better career.

After six brilliant years at Barcelona, he moved to Atletico Madrid in 2020 and fired them to the La Liga title in his debut season. He’s now playing in Brazil for Gremio.

After finally leaving Liverpool permanently in the summer of 2019, Sturridge scored seven goals for Trabzonspor before seeing his time at the club cut short for betting offences.

The former England international subsequently spent the entirety of 2020-21 out of the professional game and then joined A-League side Perth Glory in October 2021.

His spell Down Under was short-lived and Sturridge is currently unattached.

Signed for £8.5million and sold for a potential £142million. Tidy.

Admittedly not for Barcelona, who had to watch him win the treble out on loan with Bayern Munich in 2019-20. He’s now back in the Premier League with Aston Villa but is hardly setting Villa Park alight.

“I’ve been at Hertha for 22 years. This isn’t meant as an insult to anyone else, but Marko is by far the best midfielder I’ve seen in my time at the club.” Hertha Berlin manager Pal Dardai said in December 2018 after Grujic scored the only goal in a win over Frankfurt.

The Serbia international arrived in a £5.1million deal from Red Star Belgrade as Jurgen Klopp’s first signing as manager of Liverpool and was regarded as a highly-rated prospect.

But Grujic found first-team opportunities hard to come by and was instead sent out on loan to Cardiff, Hertha and Porto. After impressing with the latter in 2020-21, he made the move permanent at the end of that season.

Liverpool’s weirdest signing of the Premier League era, especially when you consider the defender was used as an auxiliary centre-forward.

After struggling with addictions to gambling and alcohol, the one-cap-one-goal England international rebuilt his career with Dundee in 2018 and spent extensive time out in Turkey.

Yes, this has gone well.

The Japan international ended 2019-20 with two league titles, having featured prominently for Red Bull Salzburg before arriving in Liverpool on New Year’s Day.

Despite impressing in the League Cup and the Community Shield, Minamino has never quite been able to force his way into Klopp’s best team.

After Liverpool endured a defensive injury crisis in 2020-21, they reacted by signing Kabak on loan from Schalke during the January transfer window.

The Turkey international endured a disastrous debut in a 3-1 defeat to Leicester City and made a further 12 appearances for the club.

Liverpool decided against spending £18million to sign Kabak on a permanent deal, but he returned to the Premier League with Norwich on a season-long loan deal.

Unable to stop Norwich from suffering another relegation, Kabak is now back in Germany with Hoffenheim.

Despite Liverpool’s injury problems, eyebrows were raised when they signed Davies on a long-term deal from Preston North End in 2021.

The centre-back didn’t make a single appearance for the Reds in the second half of 2020-21 and then joined Sheffield United on a season-long loan deal.

Davies is now turning out for Scottish giants Rangers.

Diaz has been an excellent signing for Liverpool; quick, inventive and with a penchant for the spectacular.

The £37.5 million arrival from Porto has already scored 10 goals for the club before an injury against Arsenal in October left him sidelined. We’re sure he’ll be fit and firing again soon.

READ NEXT: Benitez’s 10 most expensive sales at Liverpool & how they fared after

TRY A QUIZ: Can you name every goalkeeper to play for Liverpool in the Premier League?