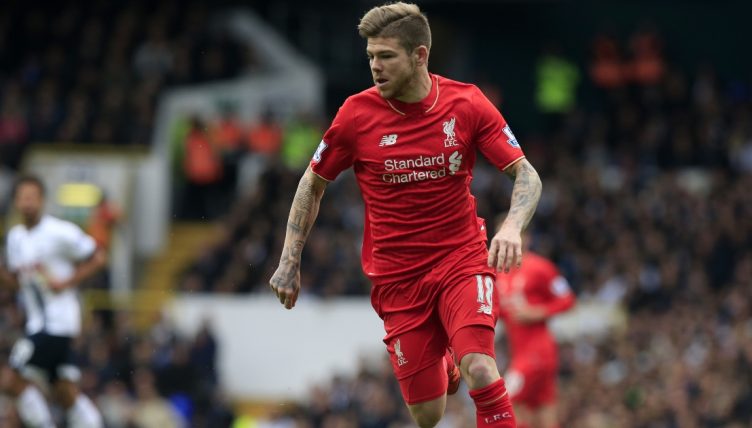 It’s fair to say that Jurgen Klopp’s reign as Liverpool manager has so far been a successful one since he was appointed in 2015.

In the German’s six years at the helm, he’s taken the club to two Champions League finals, winning one, and also ended their high-profile wait for a league title.

His first game in charge came in a 0-0 draw at Tottenham in October 2015 and, looking back at his side in that game, we’re sure you’ll agree that he’s transformed the squad for the better.

Mignolet was the undisputed No.1 when Klopp took over, but some questionable performances led to the Belgian making way first for Lorus Karius and then for Alisson Becker. He left the club in the summer of 2019, joining Club Brugge for just over £6million.

The 33-year-old goalkeeper has been an ever-present for the club, helping them win back-to-back Belgian Pro League titles.

Back in 2015, Clyne had just signed for Liverpool and was one of England’s best full-backs, making the Three Lions squad on a regular basis. He then established himself as a permanent fixture in Klopp’s defence for two seasons.

However, severe injuries coupled with the emergence of Trent Alexander-Arnold made Clyne surplus to requirements, and he was released in 2020.

He’s since returned to boyhood club Crystal Palace, making 14 appearances in all competitions in 2020-21.

The beginning of Klopp’s time at Liverpool coincided with the end of Martin Skrtel’s. The Slovakian had been at the club since 2008, becoming a popular figure and important player, but left at the end of the 2015-16 season to join Fenerbache.

His time there was also successful and after three seasons as a key player, he earned a move to Champions League side Atalanta. But he lasted just three weeks in Italy before his contract was terminated by mutual consent, with Skrtel saying he struggled to adapt and wasn’t the right fit.

After 18 months at Istanbul Basaksehir, the 36-year-old decided to return to his native Slovakia with Spartak Trnava in 2021.

When Klopp took charge, Sakho had just a year earlier started every game for France in the World Cup and was one of the club’s best defenders. This remained the case for a good while, but he was eventually loaned and then sold to Crystal Palace in 2017 due to issues with his discipline and conduct.

After a bright start to his Palace career, the defender became plagued by injury problems and joined Ligue 1 side Montpellier in 2021.

Ah Moreno. Perhaps the least popular player among Liverpool fans in this team. He may have been an exciting prospect going forward, and he seems a lovely bloke, but he was quite frankly horrendous defensively. When he left for Villarreal this summer, many rejoiced.

The left-back has struggled with injuries but did score in the penalty shootout as his side beat Manchester United in the 2021 Europa League final.

Best known by many for saying “unluckyyyyyyy”, Lucas was the definition of a cult hero at Anfield, but even the fans agreed it was time for him to leave when Lazio signed him in 2017.

He was then voted the club’s Player of the Year in his first season in Rome and remains an important player to this day. Lucky guy.

🎂 – Happy Birthday, Lucas Leiva. This is one of the best videos on the internet. #LFC pic.twitter.com/npn9f8oWJq

Can was one of Klopp’s most important players from the manager’s first game in charge to the summer of 2018, when the midfielder left to join Juventus on a free transfer.

He struggled to secure a starting place in Turin and signed for Borussia Dortmund in January 2020, rejecting Manchester United in the process.

Lallana was a key player early on in Klopp’s time in charge, but a string of injuries pushed him further and further down in the side’s pecking order as other players established themselves in the starting XI.

The midfielder left the Reds at the end of the 2019-20 season and has since become a regular for Graham Potter’s entertaining Brighton side.

Origi’s time at Liverpool has been full of ups and downs. After a spell in the first team in Klopp’s maiden season, his time at the club looked likely to be at an end when he returned from a poor loan spell at Wolfsburg in 2018.

However, he’s since shocked everyone to forge a reputation as a big-game player thanks to his goals in the Champions League semi-final and final and his Merseyside derby exploits. Maybe someday we’ll find out why he was running back to the halfway line…

😂| Milly on last year’s derby day Origi antics: ‘Why did he rush to get the ball out of the net? I genuinely believe he thought we still needed another goal to win the game. It wouldn’t surprise me in the slightest. I’ll ask him. I hope he remembers it!’ pic.twitter.com/4lonOYlUeK

Coutinho was Liverpool’s star player when Klopp joined the club, and fans despaired when he left the club for Barcelona in 2018 for just shy of £150million.

Things haven’t worked out quite as the Brazilian would’ve hoped since then. Despite a few standout goals and moments, he struggled to nail down a spot in the team and was sent out on loan to Bayern Munich for the 2019-20 season.

Since returning to Camp Nou, the 29-year-old remains on the fringes of the team and has been regularly linked with a move back to the Premier League.