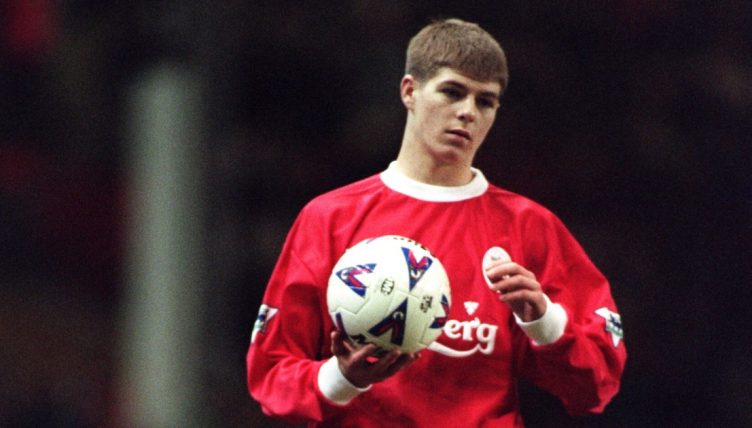 Steven Gerrard will always be synonymous with Liverpool FC courtesy of his achievements over 17 years in the Reds’ first team, and that journey began on November 29, 1998.

For those 17 years, Gerrard became Mr Liverpool, although he emerged into their first team during a difficult season in which the side finished seventh and the joint-management experiment of Roy Evans and Gerard Houllier came to an end.

We’ve taken a look back at the team in which the midfielder made his Liverpool debut in a 2-0 win over Blackburn Rovers in November 1998.

James played at the top level for another decade after leaving Anfield in 1999, enjoying spells at Aston Villa, West Ham, Manchester City and Portsmouth.

After hanging up his boots, he had a brief spell managing the Kerala Blasters in the Indian Super League but was sacked in December 2018. Nowadays you’ll occasionally see him doing punditry work.

Away from football, the 52-year-old appeared on Strictly Come Dancing in 2019 and was the fourth celebrity to be voted off. 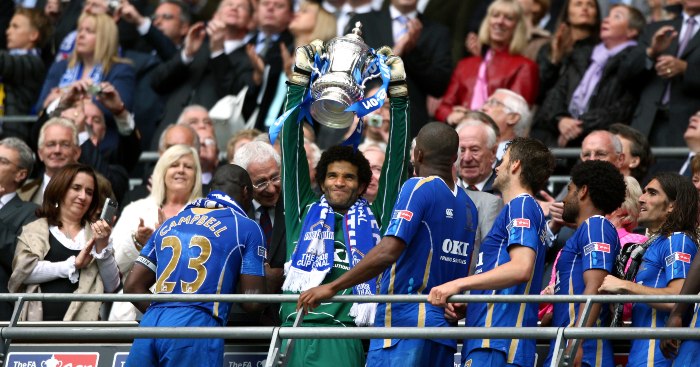 Having been plagued with injury problems during his Liverpool career, Heggem retired from football at the age of 28 in 2003.

The Norwegian now owns a salmon fishing business in his native Norway and is also an official patron of non-league side AFC Liverpool.

Gerrard ended an 18-year playing career in 2016 and is currently not up to much after being sacked by Aston Villa. His career at Anfield was the stuff of legend, but he wasn’t much of a wing-back.

Over two spells at Liverpool, Staunton got a glimpse of the glory days by helping Liverpool to win their last title for 30 years in 1990, only to return from Aston Villa to a very different club. After another two years at Anfield, he re-joined Aston Villa before winding down his career with spells at Coventry City and Walsall.

Staunton turned to management and took over the Republic of Ireland, for whom he won over 100 caps as a player, but lasted just over a year in the post, followed by spells as assistant at Leeds, manager at Darlington and scout at Sunderland.

In 2016, Staunton was declared bankrupt off the back of failed investments in three film companies.

Kvarme, meanwhile, left Liverpool in 1999 and continued playing until 2008. He’s since made some appearances for Liverpool legends in charity matches.

Babb made 170 appearances during a six-year spell at Liverpool before joining Sporting Lisbon in 2000, where he came across a young Cristiano Ronaldo.

“[Ronaldo] was really skinny then and he had this big mop of hair – a bit like Steve McManaman back then,” Babb said on Sky Sports’ The Fantasy Football Club in 2016.

“We’re doing a training session and it’s attack versus defence. So this little kid runs at me. He steps over twice, three times, goes past me, sticks it in the top bin.

“All the lads are like, ‘Babbsy he’s had you off,’ and all that, in Portuguese. So the next time, he’s coming at me: step over one way, step over the next, he shoots past me – so I forearm chop him. I knock him out.”

Babb ended his career at the age of 33 with Sunderland and had a brief spell in charge of Hayes & Yeading United between 2013 and 2015.

The 51-year-old is now an FA registered agent and also works as a pundit for LFC TV and Sky Sports.

Best known for winding up Gary Neville in the Sky Sports studio, it’s a little-known fact that Carragher was once a defender for Liverpool.

After seeing out the final years of his playing career with Blackburn, Bjornebye tried his hand at management as Norway assistant boss and at IK Start, where he lasted two seasons before being sacked.

A former Manchester United midfielder, Ince was never going to be a fan-favourite at Liverpool.

He spent two years at Anfield and had further spells at Middlesbrough, Wolves, Swindon and Macclesfield Town before retiring in 2001.

The 54-year-old tried his hand at management with mixed success. He’s currently in charge of Reading and is doing a decent job to keep the beleaguered Royals in the top half of the Championship.

After seven years at Liverpool, Berger left for Portsmouth, where he scored one of the Premier League’s greatest forgotten goals, before spells at Aston Villa and Stoke rounded off his time in England.

The Czech Republic international retired back at his first club Sparta Prague in 2010 but continued to play for amateur side Dolni Chabry for several years.

He now works for Liverpool as an ambassador, helping promote the club in different countries.

Patrik Berger with a very, very silly volley for Portsmouth against Charlton. We forgot about most parts of that sentence, tbh.

The midfielder made over 300 appearances during his 11 years at Liverpool, but injuries coupled with the emergence of Gerrard made Redknapp surplus to requirements in 2002.

He joined Tottenham on a free transfer and called time on his career at the age of 31 after a brief spell playing under his dad at Southampton.

Since retiring from playing, Redknapp has ventured into the world of television, becoming one of the leading pundits for Sky Sports.

Fowler scored 183 goals in all competitions over two separate spells at Liverpool before seeing out his playing career at Muangthong United in 2012.

After a strange year in charge of Brisbane Roar, the 47-year-old left the role and was appointed manager of Indian Super League side East Bengal in October 2020 before leaving by mutual consent 11 months later. He’s now back on our screens doing punditry work.

Having just scored *that* goal against Argentina, Owen was regarded as one of Europe’s brightest young prospects at the time of Gerrard’s debut.

The striker won the Ballon d’Or three years later but peaked early and retired at the age of 33 in 2013 after a brief spell at Stoke City.

How do we even begin to describe Michael Owen in 2022? You’ll be shocked to learn that earlier this year he launched his own NFT. Sigh.

READ NEXT: 23 of the best quotes on Steven Gerrard: ‘One of those fairytales’