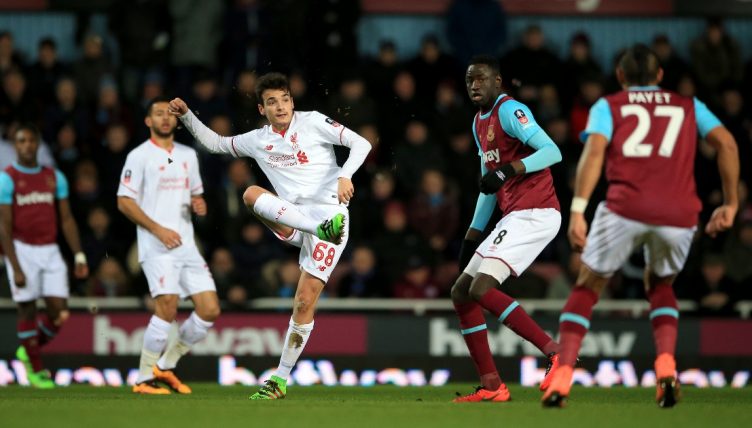 On February 9, 2016, a young Liverpool side exited the FA Cup with a 2-1 defeat away to West Ham United.

While new boss Jurgen Klopp helped the Reds get to the League Cup and Europa League finals during his first season at Anfield, a second-string side exited the fourth round of the FA Cup.

Angelo Ogbonna’s extra-time header saw Klopp’s men dumped out at the hands of West Ham United in a midweek replay at Upton Park, with Klopp making 10 changes to the team he had picked in the Premier League at the weekend.

None of the starting XI from that day is still at the club, emphasising the amount of change we’ve seen under the former Borussia Dortmund boss. Here’s what they’re all up to now.

Mignolet lasted longer than many fans expected before finally departing Liverpool in 2019 to return to his native Belgium with Club Brugge.

The local lad was no longer a fixture in the side by 2016, with injuries preventing him from building on a breakthrough 2013-14 campaign – this was one of just eight appearances in a season in which he was very much a backup.

After two loan spells away from Anfield, as well as being sentenced for common assault, Flanagan made an eventual exit to Steven Gerrard’s Rangers in the summer of 2018.

The full-back made 39 appearances during his two years in Scotland before joining Belgian side Charleroi on a free transfer in November 2020.

He didn’t make a single appearance for the club and subsequently moved to Danish outfit HB Koge – managed by his former team-mate Daniel Agger – in 2021.

Flanagan retired in October 2022 after a recurring knee injury.

Liverpool fought hard to sign Ilori, winning the battle to bring the English-born Portuguese defender over from Sporting in 2013, but he had to wait until the 2015-16 season for his first-team debut.

The trip to Upton Park would mark the last time he appeared in a Liverpool shirt, moving to Reading in January 2017 and playing for the Royals in the Championship play-off final.

In January 2019, three years since his final game in red, he returned to Sporting to be reunited with his former Liverpool colleague Sebastian Coates.

The Brazilian midfielder was forced to fill in at centre-back in east London after Dejan Lovren and Steven Caulker had started the first game at Anfield.

After 10 years of service on Merseyside, Lucas moved to Lazio in 2017 and soon become a fan favourite in Rome. He only left Italy last summer, joining Gremio in his native Brazil. 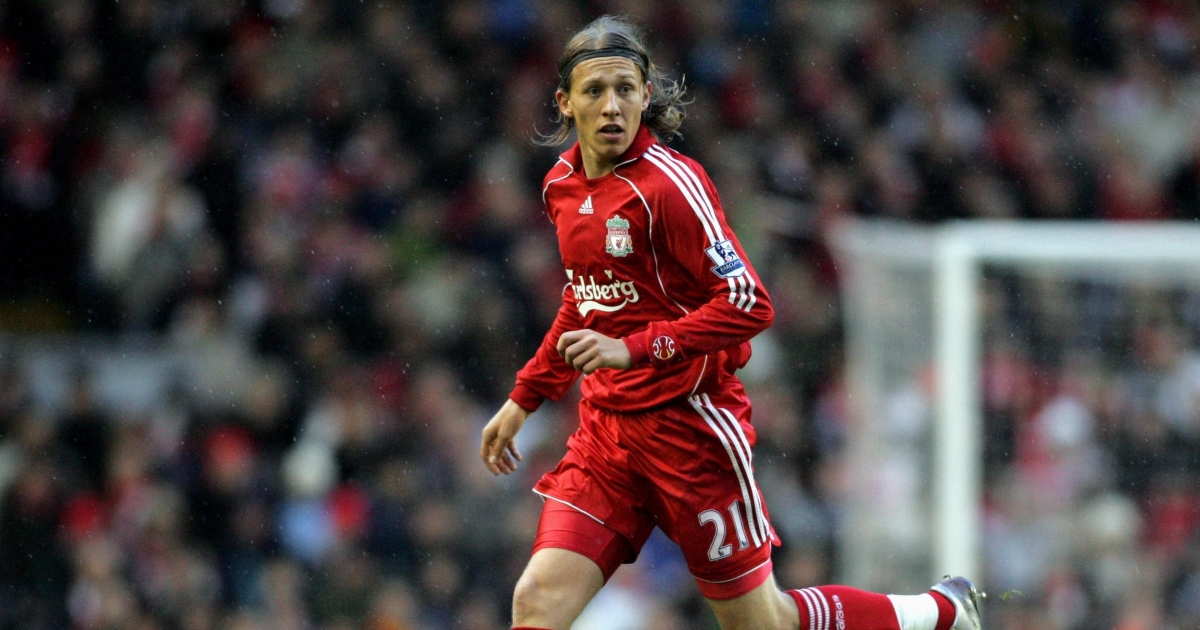 Smith surprisingly played a whole 10 times for Liverpool and even more surprisingly scored for the club (against Exeter City, but it still counts).

He also started the trend of Bournemouth giving Liverpool big money for players they could have probably signed for a lot less, and made just 10 appearances for the Cherries in all competitions.

The Australian has since had spells with Seattle Sounders and Cardiff City and DC United, but is currently unattached.

The other man from the starting XI to end up on the south coast, Ibe was considerably more expensive when he linked up with Eddie Howe.

The former Wycombe man had joined Liverpool just after his 16th birthday, and there was a bit of a surprise when he was allowed to leave in 2016, even if it was for £15million.

Having made just two Premier League appearances in 2019-20, he was released by the Cherries and joined Derby County on a free transfer. He only made one appearances for the Rams, and spoke openly about battling depression after his contract at Pride Park was terminated in 2021.

Young midfielder Stewart, a product of Tottenham’s academy, got a fair crack of the whip in Klopp’s first season and was even given Premier League run-outs against Arsenal, Spurs, Chelsea and Leicester the following campaign.

However, with Gini Wijnaldum arriving in the summer of 2016 and going straight into the first team, Stewart’s time would soon be up.

He left Anfield for Hull City in 2017 and spent three and a half years with the Tigers before joining Blackpool in January 2021.

Stewart is now back playing in the Championship and is currently trying to keep the Tangerines in the division.

The wildcard within a group of wildcards, Chirivella was making his first-ever Reds start in the middle of midfield at Upton Park.

After impressing in that game, he was handed a new contract and a first Premier League start that same season.

The Spaniard moved to Nantes on a free transfer in 2020. He’s since made many more appearances for the Ligue 1 club than he ever did for Liverpool.

Milner is still playing. Of course he is. We’ll be updating Where Are They Nows? in 2050 and keep repeating that sentence.

A six-figure signing from the Sporting academy, Joao Carlos arrived in 2012 with high expectations and made his Premier League debut during the 16-game unbeaten run which took Liverpool within touching distance of the 2013-14 title.

However, by January 2016 he hadn’t pushed on all that much, enjoying a fruitful loan spell with Brighton but only hovering around the fringes upon his return.

The Portuguese played seven times under Klopp, including one run-out in the Europa League, but returned to his homeland with Porto that summer and has since moved on Qatari side Umm Salal.

Liverpool’s goalscorer at Upton Park, with a lovely under-the-wall free-kick, stuck around until January 2018 when Barcelona and their deep pockets came calling.

The £142million man has failed to live up to expectations at the Camp Nou but did win the treble on loan at Bayern Munich in 2019-20.

He’s now looking to rekindle his career at Aston Villa and will be hoping Unai Emery can give him the required kick up the backside.

Sturridge last played for Perth Glory in 2022 and is currently looking for a new club.

Perhaps the biggest victim of the managerial change, Benteke may well have thrived if Brendan Rodgers hadn’t been replaced by Klopp just months after the Belgian’s arrival.

The striker scored seven goals before the turn of the year in his first season, but it soon became clear he wasn’t the right fit for the new head coach. He was criticised heavily for missing chances in the cup exit to West Ham, an 11th successive appearance without scoring for Liverpool.

READ NEXT: Jon Otsemobor: I was unfairly tarnished at Liverpool for getting shot