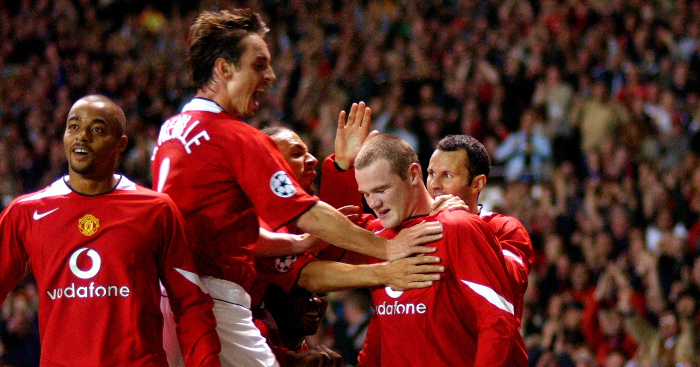 Having stolen the hearts of a nation with his performances at Euro 2004, Wayne Rooney picked up where he left off on his Manchester United debut in September of that year.

The Red Devils thrashed Fenerbahce 6-2 in the Champions League, and a teenage Rooney scored a hat-trick to underline his status as a special talent on his comeback from the broken metatarsal that scuppered England’s hopes in the summer.

Unsurprisingly given he made his United debut at the age of 18 and was the youngest player on the pitch, he’s one of only two players from Alex Ferguson’s starting XI that day to still be active in the game.

The goalkeeper’s Old Trafford stint will always be remembered for spilling the ball against Tottenham and getting one of the all-time great let-offs after the match officials erroneously ruled it hadn’t crossed the line.

He was a regular in this 2004-05 campaign but could never quite hold down his place between the sticks and left the following summer before spending an eclectic career between Odense BK, Olympiacos, Notts County and eventually Linfield, who he left in 2019.

One of the stalwarts of this side by the time Rooney arrived, Neville had already won six Premier League titles by 2004. Two more would follow, but age and injuries saw him increasingly on the periphery in his later years before he retired in 2011.

Teenage football fans will know him more as a pundit and commentator than a player. And that makes us feel really old indeed.

Sir Alex Ferguson refused to allow the Argentina international to join Liverpool in 2007 so he eventually signed for Real Madrid instead. Getting knocked out cold by Roy Keane can’t have helped dressing room harmony at the club.

Heinze finished his playing career where it started, Newell’s Old Boys, and has since gone into management.

He was also, incidentally, a bit of a shithouse.

After his record transfer from Leeds in 2002, Ferdinand became a title winner in his first season but would endure some relatively fallow years as Arsenal and then Chelsea dominated in the mid-2000s.

However, alongside Rooney, he went on to become a key component of their next — and arguably last — great side, winning three straight titles and the Champions League between 2008 and 2011, forming a formidable partnership at the back with Nemanja Vidic.

Yet Ferdinand told us it’s the trophies he didn’t win that he thinks about most.

After nine years and 361 appearances, the club undoubtedly chose the right moment to let Ferguson’s faithful servant go in 2008.

He’s not nearly as fondly remembered by Arsenal fans and was given a torrid time by his former club in the 2008-09 Champions League semi-final. Stints at Werder Bremen and Portland Timbers followed before he called time on his career with Indian side Chennaiyin in 2014. 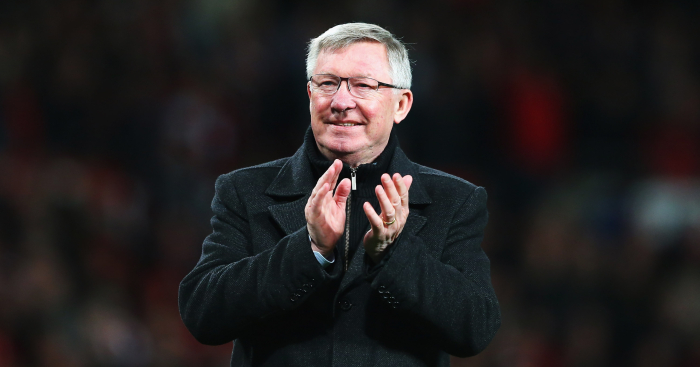 One of the bywords – alongside a couple of others here – for the “what were you thinking?” squad of the early-to-mid-2000s. The forward scored four goals in 24 Premier League appearances for United and was allowed to leave for Nice after three years, having been loaned there and to West Ham during his three years on the books.

You might not believe it, but he became a Ligue 1 title-winner with Bordeaux in 2009 and finished up in 2016 with hipsters choice Red Star Paris.

As well as being Red Star’s creative director, he became an ambassador for French art firm YMER&MALTA. Yes, really.

Like Bellion and Eric Djemba-Djemba, it quickly became apparent that Kleberson wasn’t the man to carry the torch for United, even though he arrived as a World Cup winner with Brazil.

He left in 2005, spending a couple of years with Besiktas before a return to Brazil with Flamengo, with whom he lifted the Brazilian title in 2009.

The midfielder saw out his playing career in the United States and he’s now manager of Philadelphia Union Academy.

Djemba-Djemba did little to justify his reported £75,000-a-week wage and was promptly shown the door after two years and 20 eyebrow-raising appearances in the league.

Giggs had already made 500 appearances in 13 seasons as a senior Manchester United player by the time Rooney rocked up. It’s mad to think that was only around the mid-point of his playing career, going on to retire in 2014 after nearly 1000 appearances in his one-club career.

Now manager of the Wales national team, we hope he’s improved on his ability to give a rousing team talk since his short spell as United’s interim boss. 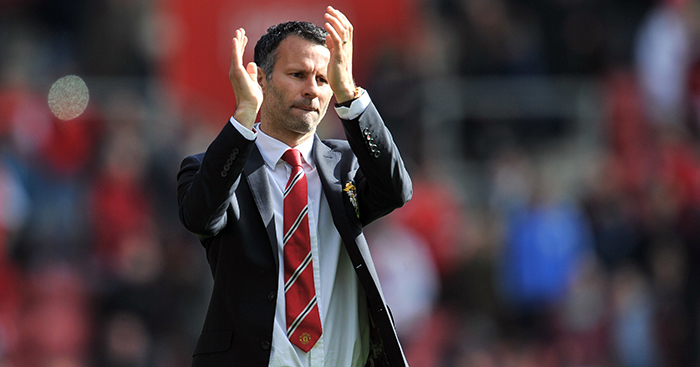 The Dutchman scored a ridiculous 150 goals in 219 appearances in five years with United and to this day remains arguably the Premier League’s best-ever penalty-box poacher.

He was similarly prolific at Real Madrid, but injuries curtailed his latter years in the Spanish capital, later retiring after representing Hamburg and Malaga. He’s now a coach, working as PSV’s Under-19s manager.

It’s fair to say he lived up to the hype of scoring three goals on his debut, becoming the club’s all-time top goalscorer with 253 goals and winning five league titles, the FA Cup, the Champions League, three League Cups and the Europa League.

After a half-decent return to Everton, he spent a couple of seasons in MLS with DC United and is now scrapping in the Championship at Derby County.