Back in August 2014, Manchester United were victims of one of the biggest cup upsets in recent years when MK Dons thumped four goals past them in the League Cup.

The 4-0 defeat to the League One outfit continued Louis van Gaal’s miserable start to life in Manchester following an opening-day defeat to Swansea and a draw at Sunderland.

We took a look back at the squad who were left red-faced by MK Dons, and let’s just say not many of them had much success with the Red Devils.

Okay, so De Gea is an anomaly.

He’s been with the club since 2011 and has won the club’s Player of the Year award a record four times.

Particularly in recent years, the Spaniard has been one of the standout players, earning his side several points almost single-handedly. He couldn’t stop Will Grigg or Benik Afobe, though. 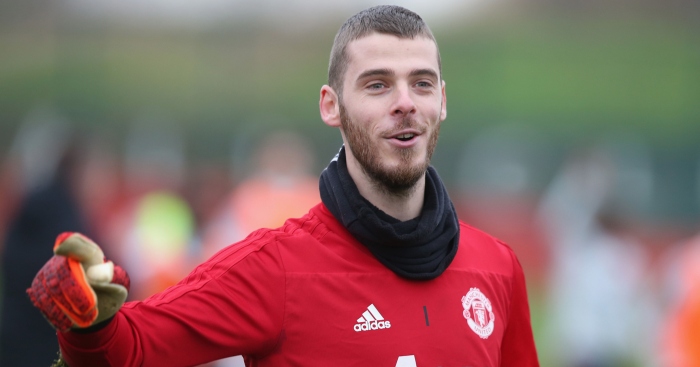 This was the left-back’s first and last game for Man Utd before he was sent out on loan and then sold to Wigan Athletic.

He was part of the side which earned promotion to the Championship in 2018 but was released by the Latics in the summer and joined Sunderland. James has since found a new home with Doncaster Rovers, who are going well in League One.

The defender was just two appearances away from 200 with Manchester United before he moved to West Brom.

He spent three seasons there but left the Baggies for Leicester City when they dropped down into the Championship.

Keane was the next to be cursed by the MK Dons defeat as he never got the chance to wear the red shirt again.

After being sold to Burnley, Jose Mourinho tried to bring the centre-half back to Old Trafford, but Keane chose Everton where the England international is now a key part of Marco Silva’s team. 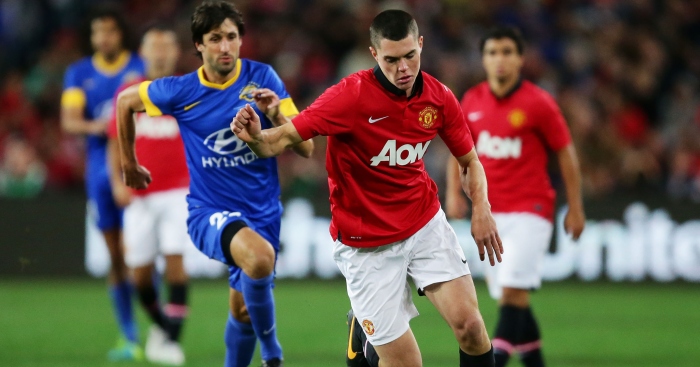 READ: Michael Keane on the attributes that have got him to the top

Just like James and Keane, this game meant the end for Vermijl at Old Trafford.

He made the move to Sheffield Wednesday before moving onto Preston North End but fell to the bottom of the pile when Alex Neil was appointed.

He now finds himself at second-tier Dutch side MVV Maastricht. No, we’ve never heard of them either.

The Brazilian midfielder had seen a lot of good days at United, winning four Premier Leagues, but this defeat was surely the lowest of the lows.

He was brought to the club for £25 million as one of the world’s brightest young talents, and lived up to that billing for a season before sinking into mediocrity.

Since leaving England, things went very downhill for the Brazilian. Having always been mocked for his weight at United, he didn’t help his cause when he required an oxygen mask 36 minutes into a match in Bolivia due to the high altitude.

After playing for Turkish second division club Adana Demirspor, Anderson recently retired at the age of 31, and he is now working for the club as an external relations officer.

A midfielder who was destined for great things. Sir Alex Ferguson saw more than enough potential in him, but a comparison he made in 2012 hasn’t aged particularly well.

After Powell scored on his debut, Ferguson said: “We hope Powell fills Paul Scholes’ boots. For an 18-year-old boy it has been a terrific day.”

Since then, he’s continued to impress outside of the Premier League with Wigan Athletic and Stoke City – but he’s not quite Scholes-esque.

Here’s another who lasted just the one game, well half of a game, in a Manchester United shirt.

The full-back moved north of the border to play for Celtic where he didn’t particularly impress yet somehow earned a move to Porto. After a loan spell at Nottingham Forest, Janko has subsequently been loaned out to Swiss side BSC Young Boys.

Another who was cursed by the MK Dons defeat. Kagawa’s 20-minute cameo in Buckinghamshire was his last for United before moving to Borussia Dortmund.

For a while, things were going well for the Japan international, but he massively struggling for game time and recently signed for Real Zaragoza in the Spanish second division. 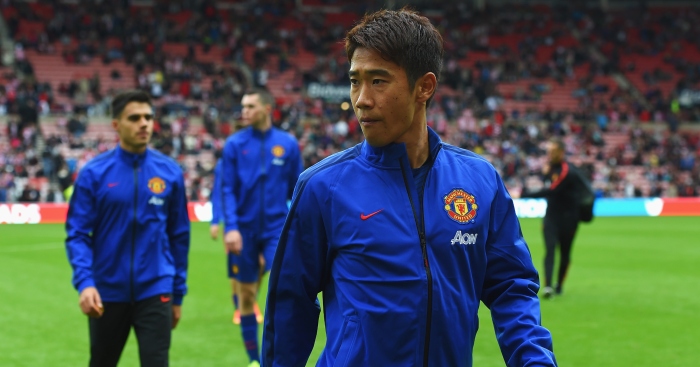 Has anybody managed to decide whether he’s good or not?

Welbeck swapped Manchester for London when he joined Arsenal in 2014, but he was constantly in and out of the side at the Emirates, with constant injuries stagnating his career.

The striker left Arsenal when his contract expired at the end of the 2018-19 season, and he has now joined Watford.

Chicharito featured 158 times for the Red Devils, with this game being one of his last.

He left for Germany and Bayer Leverkusen where he ripped the Bundesliga apart, averaging a goal every 1.95 games.

Hernández returned to England with West Ham but once again he found himself on the bench more often than he’d like. The 31-year-old signed for Sevilla in the summer and is now scoring uncharacteristic goals from outside the box.

The now 23-year-old striker scored twice on his debut against Hull City, but he made his second appearance off the bench in the 57th minute at MK Dons and was on the pitch for three of the goals. Ouch.

He was released by United at the end of last season and is currently playing his football at Aberdeen.

Brazilian midfielder Pereira made his debut off the bench in this fixture but unlike many others came out the other side and still remains at Old Trafford.

He had a few loan spells in Spain before José Mourinho finally gave him some first-team opportunities in the 2018-19 season. Pereira has now become a regular in the United team under Ole Gunnar Solskjaer.

Early signs showed so much promise for Januzaj, but not too long after this defeat it became clear that his United career was coming to an end.

During an interview with Sky Sports, Januzaj said: “I always knew I had the quality to play for Manchester United. I know what I am capable of.” Perhaps he isn’t quite over his departure.

Following a disappointing spell with Sunderland, he’s revitalised himself out in Spain with Real Sociedad and also scored one of the goals of the 2018 World Cup.

A rival fan’s guide on how not to hate Manchester United: Mata, kids, kits…