Where are they now? Pochettino’s first six signings at Spurs from 2014 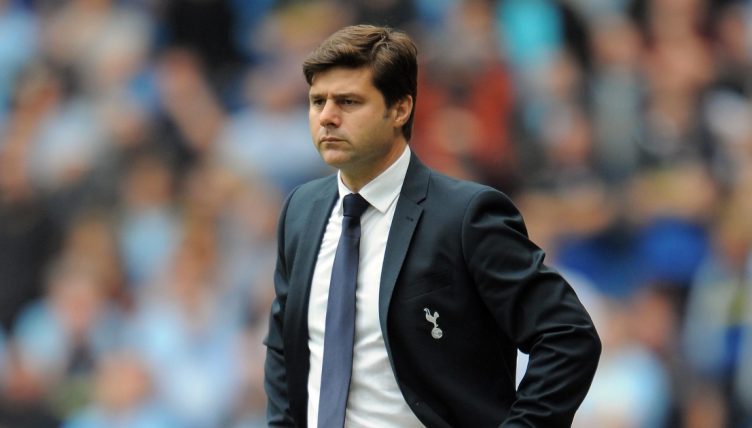 Mauricio Pochettino was a popular figure at Spurs, and, in his five years in north London, he gave them their highest Premier League finish and reached a Champions League final.

Working on a tighter budget than the rest of the big six, the Argentine had to rely on shrewd finds and his coaching ability to get the best out of his squad and is credited with the development of Harry Kane.

It was not all plain sailing for Pochettino, as he started his first season in poor form, but by 2016 he had transformed Tottenham into a side that could potentially challenge for a title.

Taking over from Tim Sherwood in the summer of 2014 was never going to be an easy task, but his early signings went some way into laying the foundations for his team. Here’s how they got on.

One of two players to join Spurs from Swansea that summer, Davies arrived in a swap deal for Icelandic midfielder Gylfi Sigurdsson. A highly-rated 21-year-old left-back, Davies remains at Spurs as a first-team regular with 240 games for the club.

The Wales international has come in for criticism at times, but, now 29, he is one of the more experienced members of the current squad and has overall been a very solid signing.

The other player arriving from Swansea in exchange for Sigurdsson, Vorm arrived as quality cover for Hugo Lloris. Playing 48 games in six years, the Netherlands international did his job as the second-choice goalkeeper.

Arriving as a Europa League-winning centre-back from Sevilla for £9.5million, there was plenty of hype around the imposing Argentine, who was effectively replacing captain Michael Dawson.

But Fazio proved to be nothing short of a disaster and receiving a red card on his debut against Manchester City was a sign of things to come.

He would later get sent off again within his first seven games for the club, and after some poor performances, was loaned back to Sevilla just 18 months after arriving at White Hart Lane.

Fazio recovered somewhat at Roma, where his improved performances saw him named in the Argentina squad for the 2018 World Cup.

The defender now finds himself at Serie A club Salernitana.

The only signing alongside Ben Davies who is still at Tottenham, Dier arrived from Sporting Lisbon and quickly established himself as a first-team regular.

Playing in defence and midfield, he is known for his heavy tackling and set-piece ability, and proved a reliable option for Pochettino and eventually Gareth Southgate for England.

The 29-year-old struggled to reach his top form during Jose Mourinho’s reign but has enjoyed a renaissance under Antonio Conte and earnt himself a recall to the national squad in time for Qatar 2022.

What a summer ❤️ pic.twitter.com/nZE4vzdW77

A title winner alongside Olivier Giroud at Montpellier, Stambouli signed for Tottenham on deadline day for a fee of around £5million.

He provided cover in midfield and even at centre-back, playing every League Cup match until the final, where he was benched as Spurs lost to Chelsea, and he also made 12 appearances in the league in 2014-15.

The midfielder lasted just one season at Spurs before, quite surprisingly, PSG bought him the following summer for around £6million.

Stambouli then spent five years at Schalke before joining Turkish club Adana Demirspor in the summer of 2021.

Spurs did make a profit to be fair…

After an impressive World Cup campaign for the USA, Yedlin was signed from Seattle Sounders FC in MLS but remained on loan until January 2015. He only made one Premier League appearance for Spurs, in a 1-0 loss to Aston Villa.

The right-back joined Sunderland on loan the following season before then moving to their local rivals Newcastle for £5million.

Spurs made a £2.5million profit on a player who made one appearance for them, but ultimately never gave him a chance to succeed at the club. Yedlin now plays for MLS side Inter Miami.

READ NEXT: 9 players who did next to nothing at Tottenham… but shone after leaving

TRY A QUIZ: Can you name Tottenham’s top 26 goalscorers in the Premier League?