Where are they now? Neil Warnock’s last Leeds team before he was sacked 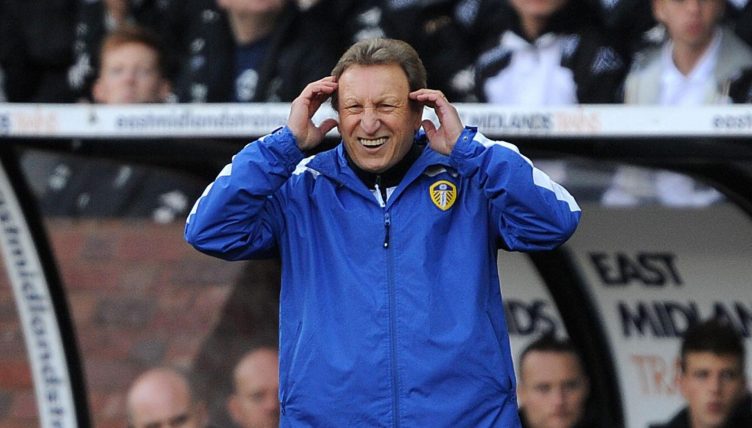 Nobody has a better record of getting out of the Championship than Neil Warnock, but it never quite went to plan at Leeds United.

In his first full season in charge, Leeds knocked Premier League sides Southampton and Everton out of the League Cup, and Spurs out of the FA Cup, but they could never find the consistency in the league needed to challenge for the play-offs.

After a particularly poor run of form in the spring, he was relieved of his duties in early April after a 2-1 defeat at home to Derby, as the Whites tumbled towards the relegation zone. The line-up fielded that day perhaps helps explain why.

Kenny joined up with Warnock for the fourth time in his career at Elland Road, having achieved promotions to the Premier League together with QPR and Sheffield United.

Leeds proved to be the last proper chapter in Kenny’s career. He joined six more professional clubs, including Warnock’s Rotherham in 2016, but only appeared four more times (all on loan at Oldham) in total.

He later appeared for non-league South Yorkshire club Maltby Main, but that didn’t seem to amount to much. “Kenny tweaked his hamstring kicking the ball down the park and only lasted nine minutes,” in his first appearance reported non-league blogger The66Pow.

Along with other academy graduates developed by Neil Redfearn, Byram would go on to be front and centre of the club’s season ticket marketing a bit later on alongside Lewis Cook, Charlie Taylor and Alex Mowatt, featuring the slogan “Real history – Real future – Real choice”.

Ultimately that future amounted to all four departing the club within a couple of years. Byram joined West Ham, but – partly hampered by injuries – never quite broke through in East London. These days he’s back in the Championship with Norwich City.

Ended up back with Warnock at Cardiff City and helped the Bluebirds get promoted in 2018. Three years later he then signed for Warnock once more for a short stint at Middlesbrough.

At 35 years old, he’s still going strong and playing in the Championship for Rotherham United.

Pearce recently hung up his boots and now works as an academy coach for Charlton Athletic. He spent six years at the Valley before finally calling it quits earlier in the year.

The Liverpudlian former England international retired in 2018 after playing under Simon Grayson at Bradford City. These days he is working as a pundit, predominantly on Sky Sports.

After signing for Northern Premier League Division One East side Worksop Town in the summer, Green recently called it quits on his footballing career and hung up his boots.

These days he is working as a coach with League Two side Doncaster Rovers.

The Derby defeat was the Dewsbury-born academy product’s debut appearance, in which he looked patently unready, in a roll of the dice proved to be the wrong gamble by Warnock.

There had been some hype about the youngster’s appearances in the youth ranks, but he would only go on to make three more senior appearances for the club.

After a leftfield turn to Norwegian top-flight side Viking FK. He’s still only 28, playing non-league football at Buxton.

A tough-tackling Jamaica international that always seemed to be scowling, Austin’s three years at Leeds had a ratio of about five baffling, frustrating decisions to every one brilliant pass or thunderbastard goal.

Now 37, he most recently played for Danish side Esbjerg fB.

Miraculously he’s still going after Warnock cried foul over of his “broken leg” back in 2013. Even more miraculously, he recovered from said broken leg within a couple of weeks. That post-match statement definitely wasn’t a ploy to distract from a 6-1 defeat at home to Watford, nope, absolutely not.

Varney already had something of a reputation as a Football League journeyman when he joined United in 2012.

The former Leeds forward hung up his boots last year aged 39 after a short stint at non-league club Quorn, where he first started his career.

When Warnock signed Morison to replace cult hero Luciano Becchio, at the time the Championship’s top scorer, midway through the 2012-13 season, he promised a lot.

“He’ll be a legend here in a few years,” said Warnock. “The fans will love him to bits and say ‘bloody hell, that was one of Warnock’s signings.’”

He was recently sacked as the Cardiff City manager after dipping his toe into the coaching world.

After Warnock took the extremely normal decision to sign a player he’d previously labelled a “sewer rat”, Diouf showed some promise in his early Leeds United days, less so once contract extensions had been signed.

Twice an African player of the year in his prime, his playing career came to an end at Malaysian side Sabah FA. He’s now a “goodwill ambassador” back in Senegal, in a role that will come as no surprise to anyone that watched his playing career. Ahem.

This game was the stuff of legend from McCormack. He told his manager to “f*ck off” after coming off the bench to put Leeds ahead against Derby.

He’d scored 18 goals the season before for United but fallen down the pecking order during 2012-13, scoring just five. The following season, he bounced back to score 28 and be the Championship’s top scorers the year after Warnock had gone, but it was diminishing returns after leaving Elland Road for Fulham in 2014.

After a disastrous spell at Aston Villa, he spent two seasons on loan in Australia and these days is without a club, having last played for Aldershot Town.

The academy product made over 100 appearances for Leeds but never quite kicked on and was released in 2015.

It was feared his career would be over after White suffered a horrendous hip injury that kept him out of action, without a club, for nearly two years. He’s did manage to recover though and signed a two-year contract with SPFL side Hearts. These days he is playing for Rochdale in League Two.

READ NEXT: 13 of the best Neil Warnock stories: ‘Get back in your f*cking cupboard’