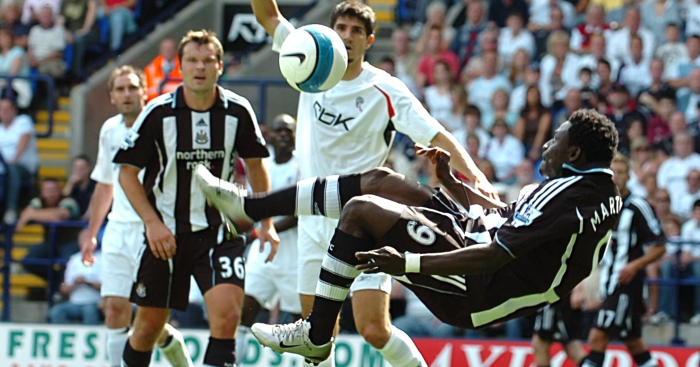 Mike Ashley has had 13 controversial years as Newcastle United’s owner – but it’s easy to forget their was an air of optimism when he first arrived at St James’ Park.

After taking over in 2007, Ashley helped to bankroll an influx of new signings as the Magpies won 3-1 at Bolton on the opening day of the season.

We’ve taken a look back at the Newcastle team that lined up for the first competitive fixture of the Ashley era.

Harper made 199 appearances for Newcastle during his 20 years at the club, joining Hull City after being released in 2013.

The goalkeeper made the surprise decision to join Sunderland on a free transfer in 2016 but never played for the Black Cats and retired a few months later.

He returned to Newcastle as a first-team coach in 2019 and also works with the Northern Ireland national team.

Carr retired after being was released by Newcastle in 2008 but later reversed his decision and spent another three years at Birmingham City.

After hanging up his boots in 2013, he moved to Spain and is now the major shareholder of Sala Group, who run a range of bars and beach clubs in Marbella.

Taylor is one of just two players on this list that are still currently playing professional football.

The defender signed for MLS club Portland Timbers in 2016 but returned to England a few months later and had spells with Ipswich Town and Peterborough United.

He moved to New Zealand in 2018 and is now captain of A-League outfit Wellington Phoenix.

“I loved my time there; I’m a Newcastle lad, sitting in the terraces with my old man, being ball boy, scoring at the Gallowgate End, there’s not much more I could have asked for,” Taylor told us in 2019.

One of the new summer signings, Rozehnal didn’t last long at St James’ Park and was loaned to Lazio the following January before penning a permanent deal with the Italians.

He retired from professional football in 2018 and signed for amateur club Sokol Kozusany, who play in the seventh tier of Czech football.

A goalscorer against Bolton, N’Zogbia left St James’ Park for Wigan in 2009 and later spent five years at Aston Villa before being released in 2016.

The midfielder had a trial at Sunderland and was set to join Nantes until his medical flagged up a heart complication, since which he has now retired from football.

Having represented Real Madrid and Chelsea earlier in his career, Geremi joined Newcastle in 2007 and made 54 appearances for the club.

He has remained in football since retiring and was elected as president of the National Union of Cameroonian Footballers in 2016.

He then returned to former club Manchester United in a coaching capacity and was promoted to head of first-team development in 2019.

The former England international is also co-owner of Salford City along with Paul Scholes, Ryan Giggs and the Neville brothers.

Smith struggled with injury problems at Newcastle United but made 32 appearances in 2009-10 as they won the Championship.

“After we went down with Newcastle in 2009 we had a point to prove to get promoted,” Smith told the Daily Mirror in 2018.

“I captained the team a lot that next season and it is nice if before you leave you can get them back. I feel lucky to have won the Premier League trophy and lifted the Championship trophy.”

After leaving the club, Smith dropped down the leagues to play for MK Dons and then Notts County before retiring in 2018.

He’s now living in Florida, coaching kids to play football while also learning how to surf in his spare time.

Milner was sold to Aston Villa in 2008 and later spent five years at Manchester City before becoming a key part of Jurgen Klopp’s dominant Liverpool side.

Ramage ended his playing career at Phoenix Rising FC in the United Soccer League and is now working for the club as an assistant coach.

Viduka retired in 2009 after being released by Newcastle and returned to former club Melbourne Knights to coach their youth sides. The Australian currently lives in Zagreb, where he owns a coffee shop.

“I was always in the spotlight,” Viduka told ESPN in April 2020. “Lot’s of pressure. Now, my only pressure is making a good brew for customers.”

Ameobi returned to Newcastle in 2019 and was named their first ever loan manager. 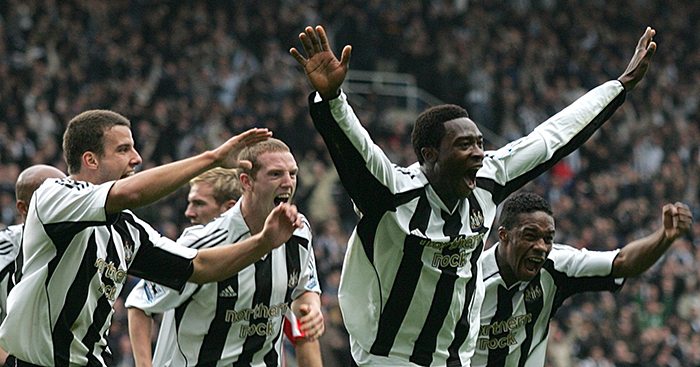 READ: Remembering the night Shola Ameobi introduced himself as a Newcastle hero

Scorer of a first-half brace against Bolton, including an eye-catching overhead kick, Martins currently plies his trade with Chinese Super League side Shanghai Shenhua.

Solano went straight into coaching after retiring in 2012 and is currently assistant manager to Ricardo Gareca with the Peru national team.

16 of the best quotes on Alan Shearer: ‘The best No.9 Newcastle’s ever had’