Where are they now? Newcastle’s ‘most promising youngster’ award winners 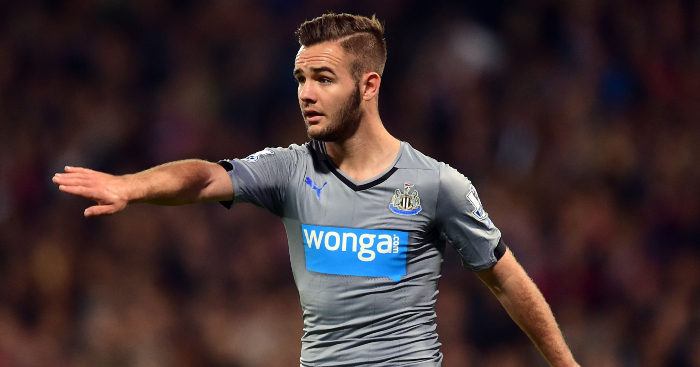 Be it by breaking their transfer record for Alan Shearer or bringing through the likes of Steve Harper and Shola Ameobi, Newcastle United have always put plenty of faith in local lads.

Matty Longstaff is the latest to fit that description, breaking into the first team under Steve Bruce and scoring his first Premier League goal in a win over Manchester United in October 2019.

He’s the latest recipient of the Jack Hixon Trophy, awarded for Tyneside’s most promising youngster and named after the scout who discovered Shearer, but how have the previous winners fared?

Streete, who was born in Aylesbury but brought up in the North East, joined Newcastle at the age of 13 and looked set for a bright future when he won the inaugural award.

However, after suffering a serious injury in 2012, he was unable to kick on. The defender stuck around until 2015, spending a fruitless spell on loan at Rangers towards the end of that period, before moving to Port Vale.

Streete was released by the Potteries club in 2017 and has yet to find himself a new club.

Unlike Streete, Campbell at least got a few Premier League games under his belt as a Newcastle player, coming on for Yoan Gouffran in a win over Stoke City in 2012.

A forward, Campbell managed five games in his first season – three in the league and two in Europe – but that’s as good as it got. After five loan spells, he finally left permanently in 2015 to join Notts County.

North Shields-born Campbell is now at Darlington in the National League North and scored 16 goals in 41 appearances in 2019-20.

Gilliead represented England at a number of underage levels, from Under-16 up to Under-20, but never made an appearance for Newcastle’s first team.

He has at least made an appearance against Premier League opposition, taking on Everton in the FA Cup during a loan stint at Carlisle United, but eventually left Newcastle for good in the summer of 2018.

Gilliead spent a season at Shrewsbury Town before joining League Two side Scunthorpe United in 2019.

Armstrong played a lot more for Newcastle than most of the others on this list, with 19 of his 21 games coming when the Magpies were a Premier League club.

The young striker looked set for big things after a 20-goal season on loan at Coventry in 2015-16 but left St James’ Park without finding the net in a competitive game.

After helping Blackburn Rovers earn promotion to the Championship, Armstrong joined Tony Mowbray’s squad on a permanent basis in 2018 and has continued to impress in the second tier.

Heaney signed a first professional contract with Newcastle in July 2017, describing it as “hopefully first of many”, but it wasn’t to be and he was released by the club a year later.

He remained on Tyneside after leaving the Magpies, joining non-league side Newcastle Benfield down in the ninth tier.

The attacking midfielder signed for Whitby Town in 2020 before immediately going out on loan to UMF Grindavik in Iceland.

🇮🇸 There are two new faces in Iceland's second-tier, two games into the season.

Not originally a local lad, Woodman was signed from Crystal Palace as a 16-year-old before winning the award a couple of years later. He’s the son of former Newcastle goalkeeping coach Andy Woodman and Godson to Gareth Southgate.

He’s already had five spells on loan – at Hartlepool, Kilmarnock, Crawley, Aberdeen and Swansea – but his career highlights to date are with the England youth set-ups. He won the Under-17s Euros back in 2014, the Under-20 World Cup in 2017, saving a penalty against Venezuela in the final, and was awarded the Golden Gloves award for goalkeeper of the tournament.

He’s yet to make a senior league appearance for Newcastle but has often sat on the bench as second fiddle to Martin Dubravka and was selected by Rafael Benitez for the FA Cup games against Blackburn and Watford.

Gallacher never made it near the first team after being a regular for the Under-17s and Under-23s and was released in 2018 without ever signing a senior contract.

He made the switch to Nottingham Forest’s academy and had a loan spell at Harrogate Town in 2019-20.

The midfielder was reportedly scouted by Everton, Liverpool and both Manchester clubs a couple of years ago.

Now 23, the winger scored his first goal for the club in a 4-2 win over Blackburn in the third round of the FA Cup in January 2019 but was released a few months later.

Roberts joined Blyth Spartans upon the expiry of his contract and currently plies his trade for Notts County in the National League.

Longstaff has been one of the rare talents to make the step up to the senior team in recent years and earned rave reviews when he took advantage of injuries in Newcastle’s midfield to establish himself as one of their best options.

The midfielder scored his first Premier League goal in a 2-0 win over Burnley in February 2019 and has already made over 40 appearances for the club.

After suffering ulcerative colitis, forcing him out of action for two years, Gibson’s made a remarkable recovery and impressed for the Under-23s in 2018-19.

“I think the award is the final cherry on top of the cake,” he told the official NUFC website.

“I’m really pleased to win the award and when you look at the past winners – the likes of Sean Longstaff – he’s now got several Premier League appearances to his name so hopefully, I can push on and maybe get to where he is.”

The left-back spent 2019-20 on loan at Grimsby Town but was released by Newcastle at the end of the season.

The midfielder followed in his brother’s footsteps and became the latest recipient of the award in March 2020.

Longstaff scored two goals in nine Premier League appearances in 2019-20, with both coming against Manchester United.

But the 20-year-old is now a free agent after rejecting a new contract at Newcastle and has been linked with Sheffield United and Udinese.