Where are they now? Man City’s XI from Pep’s first pre-season game 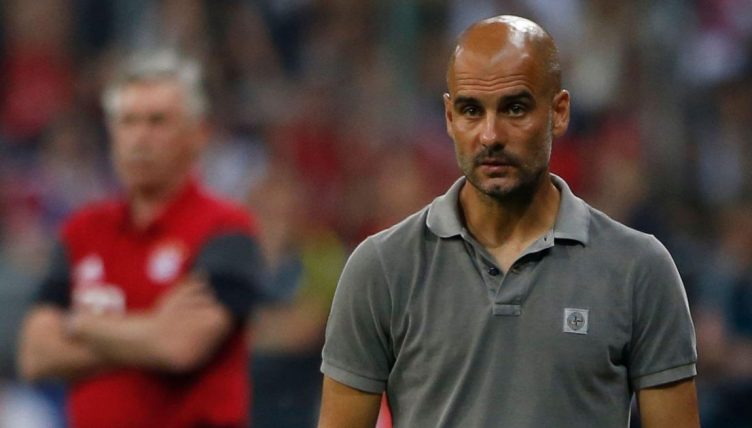 Pep Guardiola has transformed the Manchester City squad since taking over in 2016 – and many of the players who started his first friendly in charge are no longer even at the club.

The Spaniard’s first game as City boss came in a 1-0 defeat to Bayern Munich in a pre-season friendly at the Allianz Arena on July 20, 2016.

City had 12 academy players in their squad that day and we’ve taken a look back at an unfamiliar starting XI to see how they have all fared since.

Caballero became a cult hero with City fans and made 27 appearances for Guardiola before his contract expired in 2017.

The experienced Argentinian goalkeeper then moved to Chelsea and continued to play a back-up role across four years at Stamford Bridge.

He was released at the end of the 2020-21 campaign, and after six months spent training with AFC Wimbledon was snapped up by Southampton in December as emergency cover.

They extended his initial one-month deal to the end of the season and then until 2023, so he’ll be at a Premier League club well past his 41st birthday.

Gunn failed to make the grade at City and joined Southampton in 2018 but was unable to establish himself as first choice ahead of Alex McCarthy. He spent the 2020-21 campaign on loan at Stoke before rejoining his boyhood club Norwich City, also his father Bryan Gunn’s former club.

Maffeo impressed on loan at Girona FC in La Liga and earned high praise for his performance against Barcelona.

“Man-marking doesn’t bother me – you know that there will be tough matches and it can be strange to always have someone around you,” Lionel Messi told DAZN.

‘I don’t remember [who the toughest man marker has been], truly. The one from Girona [Maffeo], maybe. That was exaggerated.”

The full-back made a permanent move to Stuttgart in 2018 but struggled to make an impact with the German club and was loaned back to Girona in 2019.

He went on loan again in 2021-22, helping Mallorca avoid relegation from La Liga before joining the Balearic club permanently in summer 2022.

The defender was at City since he was five years old and for a long time was talked up as one of their prospects for the future.

“In five years’ time I’d like to be captain of Man City and have won the Premier League and the Champions League. Definitely it can happen,” Adarabioyo told The Guardian in January 2020.

It hasn’t quite worked out that way, with a path to be forged elsewhere. After impressing in loans at West Brom and Blackburn, he joined Fulham in the summer of 2020.

While he was unable to stop them from going down, he helped fire them straight back to the big time in 2021-22, making 41 Championship appearances.

Kolarov won two Premier League titles, an FA Cup and two League Cups in his seven years with City before joining Roma in 2017.

The left-back made well over 100 appearances for the Giallorossi before joining Inter, making seven appearances during their 2020-21 Scudetto-winning campaign, but just three more in 2021-22 before deciding to hang up his boots.

Bytyqi was forced to retire with a heart condition at the age of 22 in 2017, but the club gave him a new role as a loan scout.

In 2021, aged just 26, he became the manager of the reserve team of Austrian third-tier club SC Weiz. 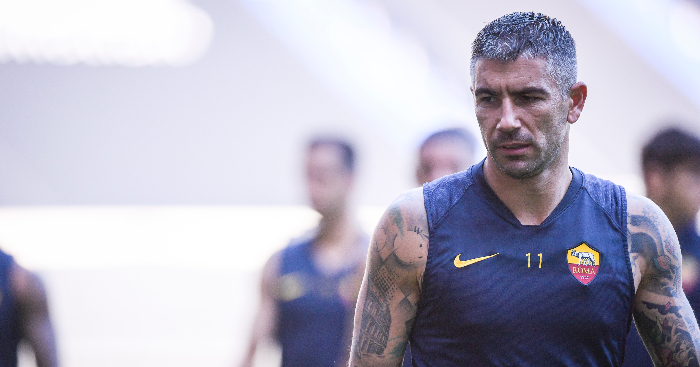 READ: 11 big-name players who have retired in 2022: Wilshere, Tevez, Kolarov…

Angelino originally wasn’t able to break into the City team under Guardiola and had loan spells with Girona, Mallorca and NAC Breda.

The left-back then joined PSV permanently in 2018 only for City to trigger their buy-back clause a year later.

He made 12 appearances in the first half of 2019-20 before being loaned out to RB Leipzig, signing a permanent four-year deal in February 2021. Presumably he’s wondered what the point of it all was, but he’s got a settled home now.

Fernando found opportunities limited under Guardiola in 2016-17, with compatriot Fernandinho often preferred in a holding role in the City midfield.

The Brazilian signed for Galatasaray in 2017 and after two seasons in Turkey, joined Sevilla for £4million in the summer of 2019.

Toure didn’t exactly see eye to eye with Guardiola and joined Olympiacos in 2018 after being deemed surplus to requirements.

In 2019 he helped China League One side Qingdao Huanghai earn promotion to the Super League before retiring, and has since spent time as an assistant coach at Ukrainian club Olimpik Donetsk and Russian side Akhmat Grozny.

We’ll go with the sub first here. Garcia made eight first-team appearances under Guardiola but was a perennial loanee before leaving for Dinamo Bucuresti in 2020.

In 2021, he spent half a season at Eibar before re-signing for one of those loan clubs, Girona, in the summer.

Fernandinho? Well, you know what happened. And if you’re anything like us, you absolutely love him… 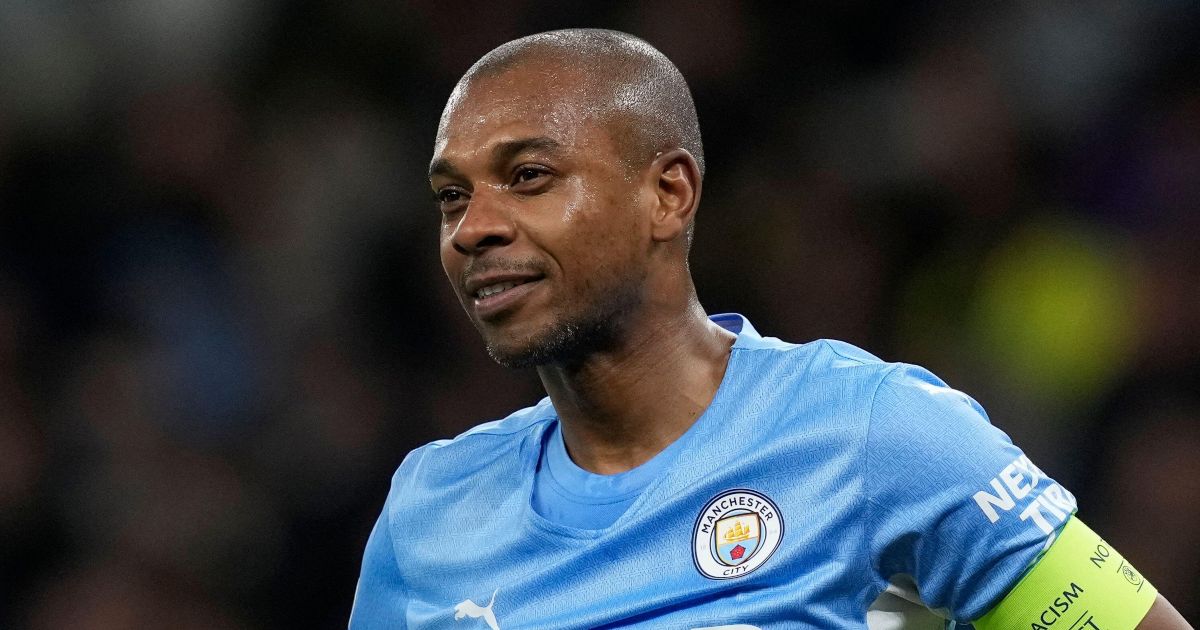 READ: A tribute to Fernandinho, Man City’s Brazilian who sh*t on stereotypes

Navas was often deployed as an emergency right-back in Guardiola’s first season in charge at the Etihad Stadium due to injuries.

The 34-year-old returned to former club Sevilla in 2017 and he’s still there, chugging up and down the right flank aged 36. Sevilla even renamed the stadium at their training ground ‘Estadio Jesus Navas’ in recognition of his achievements.

Celina, meanwhile had loan spells with FC Twente and Ipswich Town before joining Swansea City on a permanent deal in 2018. In 2020, he left Swans to sign for Dijon.

After finishing rock bottom in his single season in France, he rejoined Ipswich. To be fair, Suffolk does have a lot to recommend it.

Zinchenko arrived from Russian Premier League team FC Ufa as an attacking midfielder in 2016 and was immediately sent out on loan to PSV.

The Ukrainian returned to City in 2017 and established himself in Guardiola’s first-team squad after developing into a more-than-able left-back.

He now looks set to join Arsenal and may well return to the midfield berth he prefers. We reckon it’s a great fit.

Delph played 22 times in City’s Premier League-winning season of 2017-18 but struggled for first-team opportunities the following campaign and joined Everton in 2019.

The winger never made a competitive first-team appearance under Guardiola and joined Rangers on a permanent deal in 2019. After a loan at Oxford United and a very short spell at Reading, he joined Cypriot side Omonia in June 2022.

Clichy was slowly eased out of the City team by Guardiola and the full-back signed for Turkish club Istanbul Basaksehir in 2017. He’s still going at the age of 36, turning out for Swiss club Servette.

Iheanacho was highly rated at City, but the striker fell behind Sergio Aguero and Gabriel Jesus in the pecking order and joined Leicester for £25million in 2017.

Bony rejoined Swansea City in 2017 but is now without a club after injury-ravaged spells at Saudi outfit Al-Ittihad and Dutch club NEC Nijmegen.