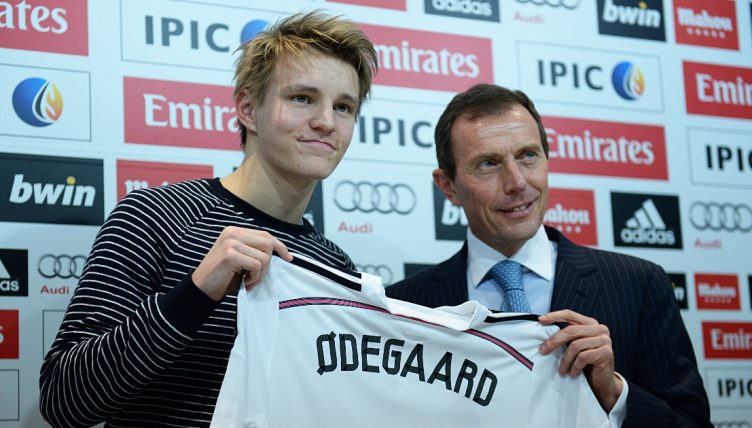 It takes a lot of talent to be given an opportunity at a club like Real Madrid. But if you’re good enough, you’re old enough, as many of their youngest debutants have proven.

Some of their all-time greatest and most decorated players were given their first La Liga start before they’d even turned 18. While some haven’t quite gone on to achieve what might have been expected of them, there have been more success stories than failures.

We’ve taken a look at their 12 players to make their Real Madrid league debut under the age of 18 since 1990, listed in order of their age at the time, from oldest to youngest.

The centre-half had emerged as one of the hottest properties in Ligue 1, getting into Lens’ senior side at the age of 17 and establishing himself as a composed young centre-half.

Real Madrid signed him in the summer of 2011 and Jose Mourinho immediately began to give him opportunities. He made his debut in the September of that campaign, partnering Ricardo Carvalho at the back in a goalless draw against Espanyol.

He went on to make a further eight appearances in La Liga that season as Madrid ended Barcelona’s dominance in Spain, winning the title with a club-record 100-point tally.

He’s since won another two La Liga titles, four Champions League titles and the World Cup with France before seeking out a new challenge at Manchester United. Brave boy.

Impressing for the club’s Castilla side, central midfielder Alex Fernandez came on for Mesut Ozil for the final two minutes of a 3-1 victory over Racing Santander in March 2011.

That summer, he won the UEFA Euro Under-19 tournament with Spain and was named player of the tournament, but he wouldn’t make any more appearances in the league for his boyhood club.

He’s since turned out for Espanyol and Cadiz.

The greatest goalkeeper in the club’s history, Casillas made his debut as an 18-year-old, a 2-2 draw away to Athletic Club.

Within a couple of years, the homegrown talent was lifting the Champions League – the first of three – and would later captain the club, making over 700 appearances across 16 seasons. He was also a key part of Spain’s greatest side, winning two European Championships either side of the 2010 World Cup.

After leaving the club in 2015, Casillas has made a further 156 appearances for Porto, winning the Portuguese title in 2018. He suffered a heart attack in May 2019 and officially announced his retirement the following summer.

San Iker is now back in Madrid, deputy for the Real Madrid Foundation CEO and a trusted advisor to club president Florentino Perez

Los Blancos moved fast to make sure they didn’t miss out on the forward, who had quickly garnered hype as one of the best young talents in Brazil. Ten days after making his Flamengo debut, Madrid signed a deal with the player in May 2017, effective from his 18th birthday.

Presented eight days after that birthday, Vinicius made his La Liga debut in the late stages of a goalless draw against Atletico in September 2018. The precocious talent immediately showed plenty of flashes of promise, but his decision-making led to questions of whether he’d ever truly fulfil his promise.

Three years on and he’s emphatically silencing his doubters. The Brazilian has flourished into one of Europe’s most lethal forwards this season. 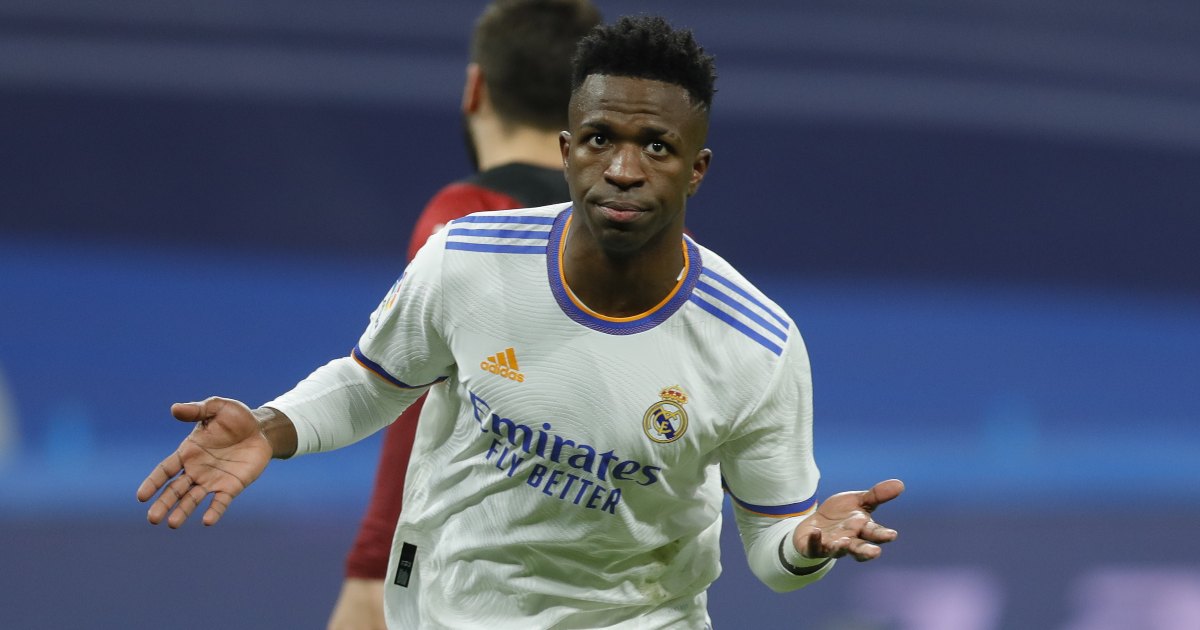 READ: Vinicius Jr is so good he’s scoring miracle goals without even trying

The Argentinian forward made his first-team debut back in 1991, making 30 appearances across two separate spells in the early 90s.

After retiring as a player in 2005, he’s had managerial spells at Cordoba and Getafe, most recently in the dugout for Japanese club JEF United Chiba.

Morata actually first started out at Atletico Madrid, before joining Real’s academy in 2008. Prolific for the B team, he made his first-team debut shortly after his 18th birthday, a 3-1 win over Real Zaragoza in December 2010.

It’s been a strange career of peaks and troughs ever since, going back and forth between Madrid and Europe. After scoring 10 goals in 37 appearances between 2010 and 2014, he went to Juventus, winning back-to-back Scudetto and scoring twice as the Old Lady beat his former club in the 2015 Champions League semi-finals.

With Zidane in charge, Murata was brought back for the 2016-17 campaign, contributing as a squad member and scoring 20 goals as Madrid won La Liga and the Champions League, the only time they’ve won both in the same season in the last 40 years.

An underwhelming 18 months at Chelsea followed, and he’s now back at Juventus, following an unsuccessful stint at boyhood club Atletico. There was plenty of speculation of a move to Barcelona in January 2022, but in the end nothing came of it.

A regular in the B team between 2012 and 2014, Rodriguez made his first and only senior league appearance in December 2012, brought on for Karim Benzema in injury-time as Mourinho’s side closed out a routine 2-0 victory over city rivals Atletico.

He was eventually sold to Galatasaray in 2015 after a season on loan at Deportivo La Coruna. Still just 27, a nomadic career has seen him end up at Israeli club Maccabi Haifa.

Making his debut as a 17-year-old against Levante in 2004, Garcia was subsequently sold to Osasuna in 2007 after failing to make much more of an impact. He returned for the 2008-09 season, though, making 15 appearances in the league as they were left in the dust by Pep Guardiola’s treble-winning Barcelona.

The defensive midfielder never quite lived up to his pricetag at Manchester City after moving for a reported £16million in 2012, and he was moved on again after a couple of years.

What a mistake it was to sell the Cameroonian – one of the greatest strikers of his generation – to Mallorca back in 2000. He made his debut in December 1998, in a goalless draw at Espanyol, but was only given a further two league appearances by Guus Hiddink and John Toshack.

Eto’o is currently serving as the president of the Cameroonian Football Federation, and was one of the prominent faces of the 2021 Africa Cup Of Nations in his home country.

🎙| Samuel Eto'o: "I will always be grateful to Real Madrid, regardless of the decisions some people made. I will always carry Madrid in my heart." @marca #rmalive pic.twitter.com/teMknAMyoF

Madrid may well have some regrets over letting Eto’o go, but there can be no doubts about how Raul’s career played out.

Few, if any, figures have been as popular at the club over the past 30 years. Now back at the club managing Castilla, it appears inevitable – just like Xavi at Barcelona – he’ll take over as head coach in the coming years.

He didn’t actually leave the club until 2002, when he’d become a La Liga stalwart in long spells at Levante, Real Betis, Sporting Gijon, eventually retiring at relegated Elche in 2014.

The club’s youngest-ever debutant and one of only two players turn out for the club in a competitive fixture at the age of 16, big things were expected of the young Norwegian when he stepped onto the pitch, replacing Cristiano Ronaldo for the final half-hour of a bonkers 7-3 victory over Getafe in the final weeks of the 2014-15 campaign.

It was a peculiar few years for Odegaard, who understandably took a few years to develop into a consistent performer at senior level – but never with regular opportunities for his parent club.

The Norwegian looked a star in the making on loan at Real Sociedad during the 2019-20 season, resulting in Los Blancos recalling him midway through a two-year loan.

But he struggled for minutes and was subsequently loaned out to Arsenal, where he showed enough promise for Mikel Arteta’s Gunners to sanction a £30million fee for a permanent in transfer in 2021. It’s easy to forget he’s still just 23.