Where are they now? Real Madrid’s last 15 January signings 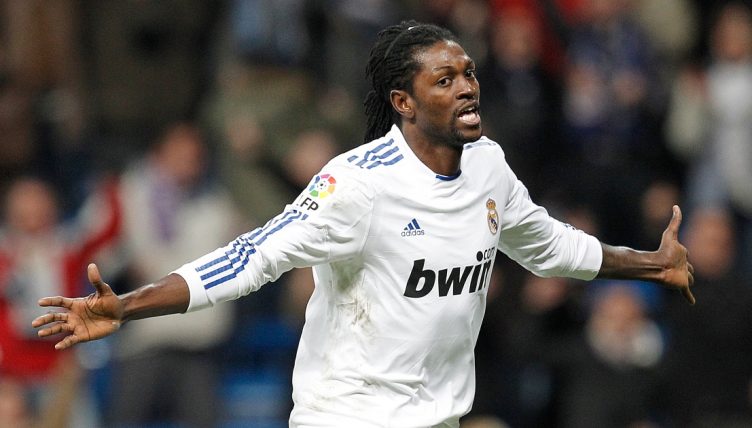 While Real Madrid are never afraid to splash the cash on fancy new players, they tend to avoid doing much business in the January transfer window.

Madrid have generally spent the bulk of their transfer fees in the summer, although they have made some strange signings in the winter window.

We’ve revisited their last 15 January signings to see how they fared, and what they’re up to now.

Starting on Robinho, upsetting the fans with his tough style of play and being called ‘peculiar’ by Fabio Capello. Gravesen’s time at Madrid can hardly be described as dull.

His life hasn’t become much calmer in retirement. As befitting of one his generation’s biggest mavericks, the former Everton midfielder was reported in 2013 to be living in Las Vegas off the back of some successful financial investments.

Reported to be enjoying the casino circuit in the world’s gambling capital, Gravesen revealed he was living back in Denmark during an interview with FourFourTwo in 2020.

Cassano’s time at Madrid was marked by a spectacular falling out with Fabio Capello, placing him alongside Paolo di Canio and Jimmy Bullard among players to rub Capello up the wrong way.

Rumoured to have bedded 700 women by the age of 25, Cassano’s eye for the ladies was only matched by his taste for food. Fittingly he was given the nickname ‘El Gordito’ (The Little Fatty in Italian).

The end of his career was suitably chaotic. He changed his mind five times but eventually hung up his boots for good in September 2017.

On his final club, Verona, for whom he never played a match, he told Tiki Taka: “There was no spark there. It’s like when you’re seeing a woman and she no longer attracts you, so you leave.”

Rumours of a return to football for UD Ibiza proved unfounded and Cassano was in the headlines in 2021 for calling Cristiano Ronaldo a “manufactured talent”.

Bur the Portugal international wasn’t too happy with Cassano’s comments and reportedly sent him a message.

“Cristiano wrote to me on WhatsApp asking for more respect after everything he’s won, all the goals he’s scored and for what he represents,” Cassano said in December 2021.

“I’m not afraid to tell the truth, I’ll face the whole world, from the Pope to the last person on earth. I told Cristiano Ronaldo that it’s not disrespect to say that only one Ronaldo exists and it’s the Fenomeno and that Messi is much better than him. That’s not disrespect.”

One of those Brazilians who emerge in a blaze of hype before ultimately disappointing, Cicinho’s career was decidedly mixed.

Signed in January 2006, amid strong interest from Sir Alex Ferguson, Cicinho only lasted 18 months in Spain. Spells at Roma and Sivasspor failed to improve matters, and the full-back ended up back in Brazil.

In 2012, he revealed he was an alcoholic and heavy smoker. Struggling with depression after his move to Real, Cicinho confessed to getting 30 tattoos to help fight his illness.

In a 2020 interview with Marca, Cicinho said: “I regret leaving Real Madrid. I should have been more professional and put in more effort on the pitch.”

Upon his signing in January 2007, Marcelo was hailed the successor to Roberto Carlos for both club and country.

Fifteen years, 536 appearances and 23 trophies later, he is rightly hailed as a Madrid legend and one of the greatest left-backs of all time.

Despite this, Marcelo looks likely to leave the club soon; Ferland Mendy has usurped him in the first team and he has been linked with a move to Fluminense in his native Brazil.

Marcelo equals Paco Gento as the most decorated Real Madrid player of all time with 23 trophies 👑 pic.twitter.com/U9F70BrVL3

Madrid, Napoli, Juventus, AC Milan, Chelsea – Higuain has played for some of Europe’s most illustrious clubs during his career.

Overshadowed by both Cristiano Ronaldo and Karim Benzema at Real, the striker still scored 121 goals during his six-year spell at the club.

These days Higuain is turning out for Inter Miami, where his first debut season included a missed penalty, scuffling with opposition players, crying about a lack of respect and scoring some great goals to remind everybody what all the fuss was about.

After retiring in November 2020, he moved into coaching and has recently been appointed manager of Argentine side Racing Club.

Upton Park to the Bernabeu is one of football’s least trodden paths, but Faubert made the move in 2009 during a nomadic career.

After an empathically unmemorable loan spell in Spain in 2009 (two appearances, no goals, accused of falling asleep on the subs’ bench), he remained at West Ham for three injury-prone years before playing in Turkey, France, Scotland, Finland and Borneo.

One of Harry Redknapp’s favourite players, Diarra spent three productive years in Madrid after a January move from Portsmouth.

Diarra joined Anzhi Makhachkala in 2012 before winding down his career at Lokomotiv Moscow, Marseille, Al Jazira and PSG.

He announced his retirement in February 2019 shortly after being released by the French champions.

Huntelaar joined Madrid from Ajax in January 2009 but was shipped off to AC Milan less than a year after arriving at the Bernabeu.

The striker scored over 100 goals during his seven years at Schalke and was part of the Ajax squad that knocked Madrid out of the Champions League in 2018-19.

He then returned to Schalke in January 2021 but his two goals in nine Bundesliga appearances wasn’t enough to prevent their relegation.

The 38-year-old retired at the end of the season and has recently been coaching some young players at boyhood club De Graafschap. 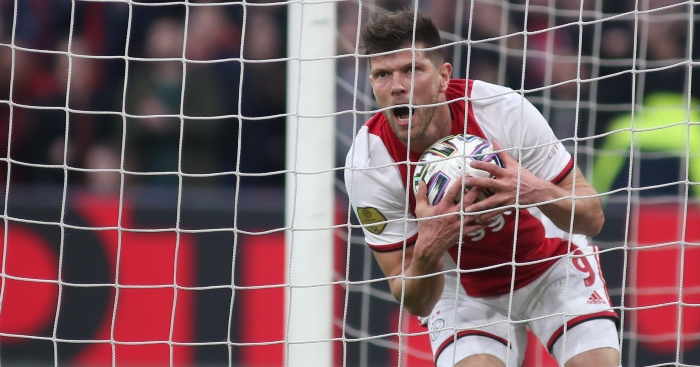 READ: An ode to Klaas-Jan Huntelaar, the master of just scoring goal after goal

Having fallen out of favour at Manchester City, Adebayor completed a shock loan move to Madrid in January 2011.

Despite scoring eight goals in 22 appearances and helping Madrid win the Copa del Rey, they refused to take up an option to buy him.

“I had done everything to stay in Real Madrid but because of my late brother I couldn’t stay there,” Adebayor told the BBC in 2017. “He sent a letter, an official letter from Adebayor’s family to the club [saying] that they should not keep me.

After spells at Tottenham, Crystal Palace, Istanbul Basaksehir and Kayserispor, he joined Olimpia in 2020 but parted ways with the club just five months into his contract.

Bought by Jose Mourinho after Iker Casillas broke his hand in January 2013, Lopez established himself as Madrid’s first-choice goalkeeper in La Liga.

He made 62 appearances for the club but fell down the pecking order following Keylor Navas’ arrival in 2014 and joined AC Milan on a permanent deal.

The 40-year-old returned to Spain with Espanyol in 2016 and remains an ever-present for Vicente Moreno’s side.

Signed as a promising 22-year-old from Cruzeiro in January 2015, Silva was hailed as “the future” of Madrid by then-coach Carlo Ancelotti.

The midfielder failed to live up those lofting expectations, making nine first-team appearances and spending time on loan at Marseille and Cruzeiro.

He had his contract terminated by mutual consent in September 2019 and returned to his native Brazil with Gremio, where he has since made over 100 appearances.

Regarded as one of the brightest prospects in Europe at the time of his arrival, Madrid spent £15.5million to sign Diaz from Manchester City in January 2019.

The 22-year-old has struggled for regular opportunities at Los Blancos, making just 21 appearances in all competitions, of which only six have been starts.

After spending 2020-21 at AC Milan, he rejoined the Serie A side on a two-year loan deal and there is a buy option of €22million included in the contract.

After joining Madrid from Malaga in January 2020, Vallejo was immediately loaned out to Deportivo de La Coruna for the remainder of the season.

The left winger scored one goal in 13 appearances in all competitions for Depor before spending 2020-21 with Madrid’s reserve side.

He never made a first0team appearance for the club and then signed a three-year contract with Real Valladolid, who were relegated to the second division at the end of the 2020-21 season.

Madrid continued their hunt for the next Neymar in January 2020 by signing Reinier from Flamengo in a £26million deal.

He is yet to make a first-team appearance for the club, spending the second half of 2020-21 in the reserves before agreeing a two-year loan deal with Borussia Dortmund.

The Brazilian hasn’t been able to establish himself as a starter at Dortmund, with 27 of his 30 appearances being brief cameos off the bench.