Where are they now? Sheffield United’s XI from Chris Wilder’s first game 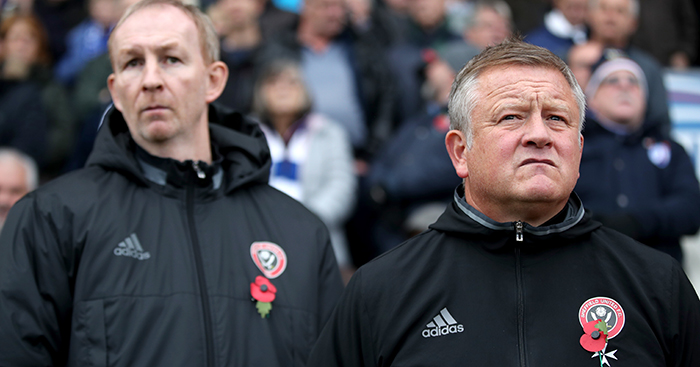 When Chris Wilder took over at Sheffield United ahead of their 2016-17 League One campaign, it’s fair to say even the most optimistic of Blades supporters would never have imagined what was to come over the next four seasons.

A combination of innovative tactics and sheer passion and desire led Wilder’s men to two promotions in three seasons, and now his side is not just surviving but thriving in the Premier League.

United’s strategy of signing players who buy into Wilder’s style of play and guarantee 100% effort in every game they play has been crucial to their success in recent years.

His opening season with the Blades saw his side accumulate 100 points as they were comfortably promoted as Champions.

But it wasn’t plain sailing right from the outset, as Wilder’s men picked up just one point from their first four games.

However, while a lot may have changed in the last four seasons, some names from Wilder’s first competitive XI in a 1-0 defeat to Bolton at the Macron Stadium still cut integral figures at the club.

Others names are nothing but a distant memory.

Having come through the youth setup, Long became the youngest goalkeeper to play in a league game for United aged 17 years, 183 days when he started the final game of the 2011-12 season.

He made 123 appearances for the club in total but just three in the league in Wilder’s first season before being loaned to AFC Wimbledon the following year, as he was kept out of the side by Simon Moore. He’s now first choice for Hull City.

The right-back became a cult hero during his loan spell at the Blades in the 2014-15 season, helping them to the FA Cup semi-finals.

Having taken a pay cut to sign permanently for United in the following January, like Long he made just three appearances under Wilder before being loaned out to his now-permanent club Burton Albion, with Kieron Freeman preferred in his position.

ON THIS DAY: Four years ago Sheffield United played Charlton Athletic in the FA Cup Quarter Finals. Second Half goals from Ryan Flynn and John Brayford sealed a 2-0 win for the Blades and sent Sheffield United into the Semi Finals and a place at Wembley. #sufc #twitterblades pic.twitter.com/laacCIeenY

Wilson’s stay under Chris Wilder was brief, as he found himself down the pecking order in the centre-back department behind Jack O’Connell, Jake Wright and Ethan Ebanks-Landell.

Having made just 10 appearances for Sheffield United, the Welsh defender now finds himself residing at Ipswich in League One, where he’ll be aiming to repeat the achievements of Wilder’s promotion side in the 2016-17 season.

One of the surviving members of Wilder’s first competitive XI, O’Connell is now an integral cog in a well-oiled Premier League machine, taking up the role of overlapping centre-back.

His partnership alongside Chris Basham and John Egan has made Wilder’s defence one of the sternest in the Premier League, never mind his threat in attacking areas.

Another player who found opportunities at Sheffield United few and far between. Hussey found himself sidelined by a mixture of injuries and the form of Danny Lafferty.

Wilder’s switch to a 3-5-2 formation was less suited to Hussey, and with that role now played to great effect by Irish defender Enda Stevens, Hussey finds himself with Cheltenham in League Two.

Having won promotion the previous year with Burton Albion, Duffy achieved his second promotion in two seasons after moving to Bramall Lane as Wilder’s men achieved the same feat.

Wilder eventually converted Duffy to a central attacking midfielder, and he became an instrumental member of the side that gained promotion to the Premier League.

However, when Duffy’s request for a new contract was turned down, he was loaned out to Stoke shortly after.

Having alternated between defensive midfield and centre back, Basham has also become a vital part of Wilder’s side, embodying United’s philosophy.

Basham most often finds himself playing on the right-hand side of a defensive three and has now featured over 200 times for the Blades. His goal against Leeds towards the end of last season was crucial to his side’s promotion, as they pipped their Yorkshire rivals to the runners-up position.

Another player who has gone from strength to strength under Wilder, Fleck often played second fiddle to Paul Coutts in Wilder’s early days.

But he has excelled over the last couple of years, building an excellent partnership this season with Ollie Norwood and this year’s revelation John Lundstram. As reward for his fine form, Fleck was handed his first international cap by Scotland against Russia in October.

Done featured regularly in Wilder’s early days, making 31 league appearances in the 2016-17 season, but a lack of goals eventually saw him kept out the team by Billy Sharp.

Done struggled to make his way back into the side and now finds himself back in League One with Rochdale, a club with which he is now in his third spell.

Clarke will be forever remembered for his performances in the 2017-18 season in which he was named in the PFA Team of the Year. In November of that campaign he scored nine goals in four games.

However, Clarke failed to replicate this form the following season as he was loaned to Wigan and transfer-listed by Wilder. Still at the club, the striker featured as a substitute in United’s 1-0 defeat to Liverpool, but opportunities may be limited as part of a squad featuring, Oli McBurnie, Lys Mousset, Billy Sharp and David McGoldrick.

A man who was born to score goals, Sharp is now in his third spell with his boyhood club.

Sheffield United through and through, he was given the role of club captain when Wilder was appointed and led from the front, delivering an incredible return of 30 league goals in 46 appearances.

Sharp then scored six minutes into his Premier League debut in an opening day draw at Bournemouth. Not bad for “just a fat lad from Sheffield”.

What else has changed?

It didn’t take long for Wilder to ditch the 4-4-2 formation he started his opening season in charge with, debuting the 3-5-2 style they are so famously known for today just six games into the season in a 2-1 win away to Gillingham.

This new style of play, which has become renowned for featuring overlapping centre backs, has served them tremendously in recent seasons, with the right and left-sided centre-backs, most notably Chris Basham and Jack O’Connell, encouraged to get forward and support attacks when in possession.

Many suggested that it would be naïve to persist with this style of play in the Premier League. But Wilder has encouraged his players to stick to what they know and with his side registering the joint second highest number of clean sheets in the league so far, it’s clearly worked.

And five members of the side that was beaten in Wilder’s first competitive game still at the club, it’s clear that they don’t need to make big-name signings to succeed.

They’ve come an incredibly long way in such a short space of time, and while their fans must feel like they’re living in a dream, the truth is that Chris Wilder has created a quite incredible reality.