Revisiting Southgate’s England U21 team that flopped at Euro 2015 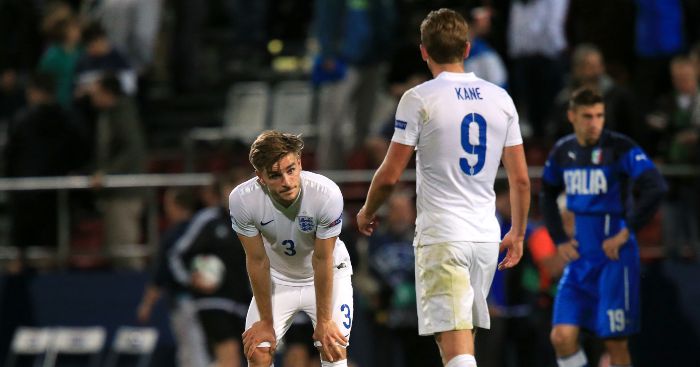 In 2015, Gareth Southgate took his England Under-21 team to play in the European Championships in the Czech Republic. They finished bottom of a group containing Portugal, Sweden and Italy.

Eleven players from the squad, including the likes of Jack Butland, John Stones and Harry Kane, have gone on to win full senior caps for their country.

But we’re here to focus on the 11 members of the squad who have failed to graduate from the Under-21s set-up to win senior honours.

Garbutt was considered a hot prospect when Everton signed the then-16-year-old left-back from Leeds United in 2009.

Indeed, his rising-star status was reflected in the 53 caps he won at youth level for various England age groups, including 11 under Southgate with the Under-21s.

And after breaking into the Toffees first team, Garbutt was rewarded with a five-year deal in 2015, only for his career to since go in the opposite direction as expected.

Garbutt failed to make an impression in a number of loan moves and only made five Premier League appearances despite staying on the books at Everton until he was 27.

In 2020, he moved to Blackpool at remains with the Tangerines until today.

“He is a very mature footballer, he reads the game really well,” Southgate said of Forster-Caskey in 2015. “He is a good technical footballer.”

Forster-Caskey was a promising young player at Brighton at the time, but Southgate went on to hint at the problems facing the midfielder which have seen his career stall.

“At the moment it’s a little bit difficult for him with his opportunities at club level. The first team are doing so well and he understands he has got to be patient.”

While Brighton were winning promotion in 2016-17, Forster-Caskey was having a loan spell at Rotherham United terminated early, and he eventually dropped down to League One to join Charlton Athletic on a permanent deal. He’s still there and has made over 100 appearances for the south London side.

It doesn’t seem too long ago that Gibson was being linked with a big-money move to Chelsea from Middlesbrough, and Southgate did call up the centre-back to his England senior squad in March 2017.

But Gibson eventually left Boro for Burnley in the summer of 2018, only to feature just once in the Premier League all season – in a 5-1 defeat to Everton (he did score at least).

He got another shot at the Premier League with Norwich in 2021-22 and managed to make 27 more appearances that season than he did for Burnley, but the Canaries were relegated.

In the summer of 2015, Pritchard was coming off the back of a superb season on loan at Brentford from Tottenham in which he was named in the Championship team of the year and voted the eighth best player in the division.

But the attacking midfielder has failed to kick on since, spending a miserable loan spell at West Brom before leaving Spurs permanently for Norwich City.

Huddersfield Town offered Pritchard a route back into the Premier League, but the 26-year-old contributed one goal in 18 months as the Terriers suffered relegation in his first full campaign with the club.

In 2021, he dropped down a division to join Sunderland, but helped them to promotion in his first season in the North East.

After suffering relegation with the Swans, Carroll joined Aston Villa on loan in January 2019 but missed out on their play-off triumph through injury and spent the following two seasons at QPR and Ispwich.

Now, aged 30, he finds himself a free agent.

A textbook case of the oddities of a career as a back-up goalkeeper.

He then moved to West Brom where he spent three seasons without getting loaned out at all… but he didn’t make a single league appearance.

Finally, at the age of 27, he moved to MLS with LA Galaxy and established himself as a No.1. He’s made over 50 appearances in the US top tier and we imagine he’s having a pretty good time in California. 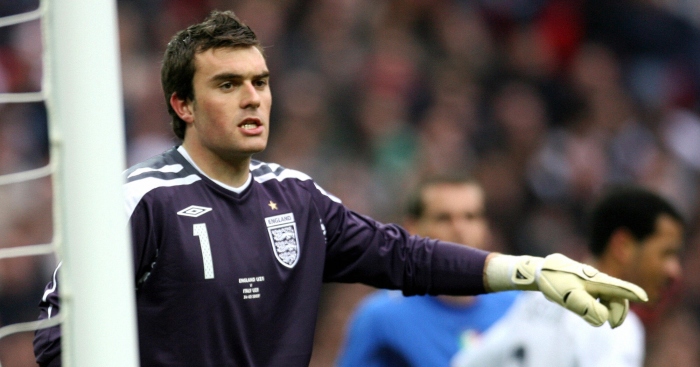 READ: Where are they now? The England U21s from the first game at new Wembley

Despite handing Bettinelli just one Under-21 cap, Southgate loves the goalkeeper so much he has on occasion picked the Chelsea third-choice ‘keeper as a fourth stopper in his senior squads, which seems wholly unnecessary.

Afobe originally missed out on Southgate’s squad for the European Championships to Saido Berahino – another player who has failed to go on to win a senior cap, although he was called up once by Roy Hodgson – only for the former West Brom striker to be ruled out through injury.

“When I put him on the long list, he was so desperate to be involved, he kept sending messages, ‘I’m ready if needed’ and when I spoke to him, ‘Yeah, I’m keeping myself fit, I’ve got a programme, I had 50 games last year but I can play another 20,'” Southgate said of Afobe after the forward replaced Berahino.

Afobe had scored 32 goals for MK Dons and Wolves in 2014-15 but has had a strange career since, stepping up to the Premier League with Bournemouth, returning to Wolves on loan to help fire them to promotion before being bought and sold in the same summer to end up at Stoke City.

After loans at Bristol City and Trabzonspor, Afobe joined Milwall, first on loan in 2021 and then permanently in 2022.

Another player Southgate seems to still hold in high regard, Hughes has been highly rated for a number of years without ever consistently delivering on his promise.

There were call for Hughes to earn a senior call-up during a spell of good form with Watford, and Southgate did namecheck the attacking midfielder in September 2018, albeit urging the player to be patient.

“There’s a couple of others that are still young, that still have room for growth – the [Nathaniel] Chalobahs, Will Hugheses, Ross Barkleys – but I don’t want to bring them in now, three days into the camp.”

Given his struggles since joining Crystal Palace, that call-up looks a long way away now.

A goalscorer in the play-off victory over Croatia which booked England’s place in the 2015 European Championships, Moore perhaps lacked the pedigree of being brought up through a Premier League academy like other players in the squad.

The defender instead broke through at Leicester City in the Championship but made just 11 Premier League appearances for the Foxes before returning to the second tier initially on loan, joining Reading permanently in 2016.

Targett had only recently broken into the England Under-21 set-up ahead of the tournament and remained an unused substitute throughout, but his club career has gone from strength to strength since.

The left-back made 20 appearances for Southampton the following season and enhanced his reputation by winning promotion during a loan spell at Fulham.

He established himself as a more-than-competent presence in the Premier League at Aston Villa before moving to Newcastle in 2022.

You could perhaps see him getting a senior call-up if a few of Southgate’s other left-back options were injured or suspended.

TRY A QUIZ: Can you name the England XI from Southgate’s first match in charge?