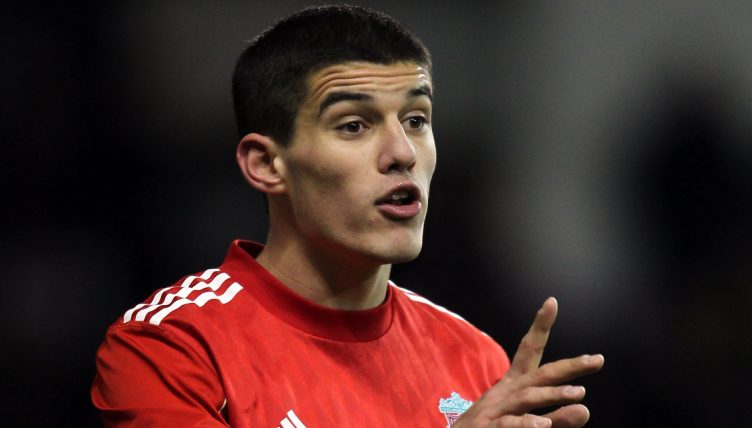 Liverpool are renowned for giving academy graduates a chance in the first team and Brendan Rodgers tried to maintain that tradition.

Rodgers spent just over three years at Anfield and gave senior bows to several players, although he was unable to unearth the next Steven Gerrard or Jamie Carragher.

We’ve looked at the 11 academy players he handed debuts to, to see how their respective careers have developed since.

Morgan was tipped to be the next Robbie Fowler at Liverpool, but he made just three first-team appearances for the club and was sold in 2014.

“Brendan said he didn’t doubt my ability but he said that physically I wasn’t ready and looked out of my depth,” Morgan told the Athletic in 2019.

“He thought I maybe needed to go to a Championship club and kick on from there. I went and sat in my car outside Melwood and cried. It hurt being told my time at Liverpool was over.”

The striker dropped down the divisions after leaving Anfield and joined Glenn Tamplin’s Romford in November 2019. He currently plays for non-league Haringey Borough.

Suso joined Liverpool from hometown club Cadiz as a 15-year-old in 2010 and was given his senior debut by Rodgers two years later.

The winger was unable to firmly establish himself at Anfield and, after a loan spell at Almeria, signed for AC Milan on a permanent deal in 2015.

He has made over 150 appearances for the Serie A side before going on to join Sevilla in the summer of 2020.

Wisdom scored on his Liverpool debut in a 5-3 Europa League win away to Young Boys in 2012, but that was as good as it got for the defender.

After loan spells at Derby County, West Brom, Norwich City, Red Bull Salzburg, he joined Derby on a permanent deal in 2017. He was released by the Rams last year and has been without a club since.

Sinclair became Liverpool’s youngest-ever player after coming off the bench in a League Cup tie against West Brom in 2012 at the age of 16 years and six days.

He made four further appearances for the club before joining Watford in 2016, but he failed to make an impact at Vicarage Road.

The striker is currently a free agent after unsuccessful loan spells at VVV Venlo and CSKA Sofia.

Liverpool-born defender Coady made two appearances under Rodgers and joined Huddersfield in search of regular first-team football in 2014.

“Liverpool were always getting better, they were always improving, and the players in my position were ridiculous,” Coady told Sky Sports in April 2020

The 29-year-old has since established himself in the top flight with Wolves, earning a place on the fringes of Gareth Southgate’s England squad.

He’s now back in Merseyside, out on loan at Everton, having been allowed to leave Wolves as Bruno Lage transitions away from the back three system Coady excels in. He certainly had no qualms with celebrating after scoring against his boyhood club – only for VAR to rule it out and Darwin Nunez to shithouse him in response.

Darwin mocking Coady for his goal ruled out for VAR. 😂 pic.twitter.com/xQmndoWCoi

Smith made his debut against Chelsea in 2013 and went on to make another 10 appearances for the first team in 2015-16.

After being deemed surplus to requirement by Jurgen Klopp, he completed a £3million move to Bournemouth but the left-back has found opportunities hard to come by with the Cherries,

The Australia international spent time on loan at Seattle Sounders, before later signing for the club on a permanent deal, and is now turning out for Wayne Rooney’s DC United.

Despite winning the Academy Player of the Year award in 2014-15, Teixeira struggled to secure a regular first-team role at Liverpool.

With his opportunities limited, the winger returned to his homeland to join Porto in 2016 and has since moved on to Qatari side Umm Salal.

Rossiter marked his senior debut with a goal against Middlesbrough in 2014, becoming the second youngest player to ever score for the club.

The midfielder only managed another four appearances for the club before signing for Rangers at the expiration of his contract in 2016.

His time in Scotland has been hampered by injuries, and the 25-year-old is turning out under fellow Liverpudlian Joey Barton at Bristol Rovers.

Remember this? One year ago today, Jordan Rossiter marked his senior #LFC debut with this goal against Middlesbroughhttps://t.co/b8tqgH0R8R

Williams also featured in the League Cup third-round tie against Middlesbrough, and he found the net in the shoot-out as Liverpool won 14-13.

That proved to be his only appearance for the Reds and the midfielder moved to Rochdale in 2018 after a successful loan spell with the club. In 2021 he signed for Welsh side The New Saints, who memorably played Liverpool in a 2005 Champions League qualifier. 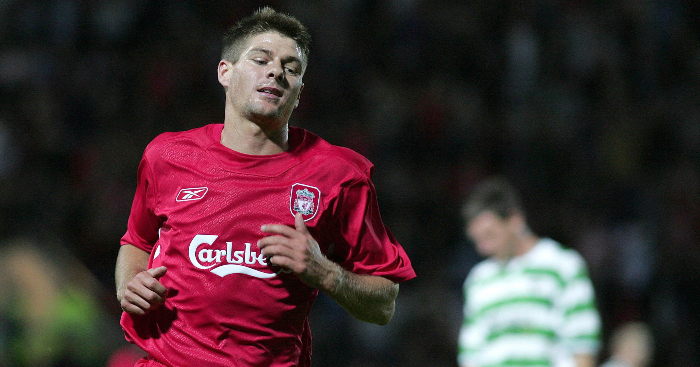 Chirivella has made just 11 senior appearances during his seven years on Merseyside, while he has also been loaned out on three separate occasions.

The midfielder is set to join French side Nantes upon the expiration of his Liverpool contract in June 2020, and he reserved special praise for Jurgen Klopp.

“I only have words of gratefulness,” Chirivella told Nantes’ official website. “He’s been very great to me, and I can only thank him.

“What you see on TV is what he is like in real life. I will tell my kids and my grandkids that I was trained by one of the best coaches in the history of football.”

Brannagan made his bow in one of Rodgers’ final games in charge and his other eight appearances for the first team came after Jurgen Klopp arrived at Anfield.

After a contract dispute, he departed the Reds in January 2018 and sealed a permanent switch to Oxford United, ending his 16-year association with the club.

“It was a bit different because I had been at the club for so long, but it was a move that I had to make for myself,” Brannagan told the Liverpool Echo in November 2019.

“I wasn’t playing regular football and I was playing bit-part under-23s. You get to a stage where you’ve got to go and play wherever you want. I wanted to go and prove what I’m worth, what I’m about, and Oxford gave me that chance.”

The midfielder made headlines last season for scoring four penalties in one match as Oxford beat Gillingham 7-2.

READ NEXT: Six transfers Jurgen Klopp missed out on at Liverpool & who he signed instead