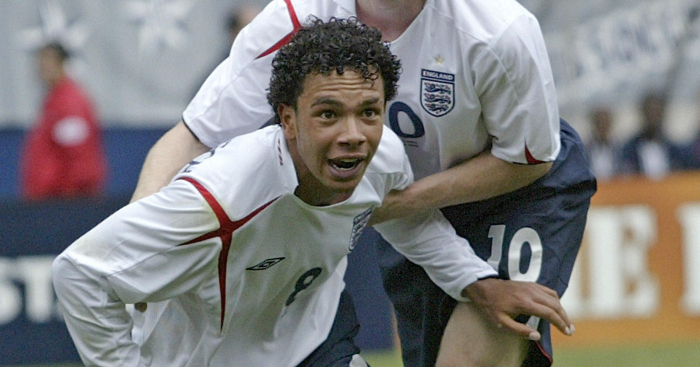 Ollie Watkins has become the latest player to score on his England debut, but as has been proved over the years, that doesn’t necessarily guarantee a successful international career.

Scoring on your England debut is pure Roy of the Rovers stuff, and only a baker’s dozen of players have managed to do so this millennium.

We’ve taken a closer look at those 13 men to see how their careers panned out after those landmark occasions.

Vassell’s England debut was notable as it also saw Michael Ricketts and Wayne Bridge make their bows in a 1-1 draw against the Netherlands.

The then-Aston Villa forward stole the show with a man of the match display as he equalised with a bicycle kick. His England career ended in disappointment two years later when he missed the decisive spot-kick in the quarter-final defeat to Portugal at Euro 2004.

Despite not appearing since suffering a serious knee injury while playing for Leicester City in 2011, Vassell only announced his retirement in 2016.

Now back at Everton as a coach, Jeffers managed to overshadow the debut of another former Toffees striker in Wayne Rooney by scoring England’s only goal in a 3-1 defeat to Australia in 2003.

Sven-Goran Eriksson decided to field a different XI in each half, leading to Jeffers and Rooney leading the line for the Three Lions after the break.

READ: Where are they now? The England team on Wayne Rooney’s debut

Ahh, the Shaun Wright-Phillips years. Remember them, so full of hope and fun and eternal promise about the Golden Generation being littered with talented youngsters?

A brilliant solo goal against Ukraine on his first cap only helped add to the excitement, although the former Manchester City and Chelsea winger never truly established himself in the side despite collecting a respectable 36 caps.

Ahh, the Kieran Richardson years. Featuring a post-season tour of the US which saw the likes of Zat Knight, Luke Young and Andrew Johnson earn England caps.

A 2-1 victory over the USA was secured thanks to two goals from debutant Richardson, including one excellent free-kick.

Neither materialised into full-time contracts.

Like Jeffers, Nugent can be pretty satisfied with his one-cap-one-goal England record, and the striker is still going today at Tranmere Rovers.

Another player with a 100% goalscoring record for England, Caulker displayed the type of form which made Liverpool sign the defender as an auxiliary striker in a friendly defeat to Sweden in 2012.

Sadly for the then-Spurs defender, Zlatan Ibrahimovic slightly stole the show with all four of Sweden’s goals, including *that* overhead kick.

Caulker’s career is a cautionary tale, with the 29-year-old, who is now playing in Turkey for Alanyaspor, having spoken out about his problems with gambling, addiction and depression. 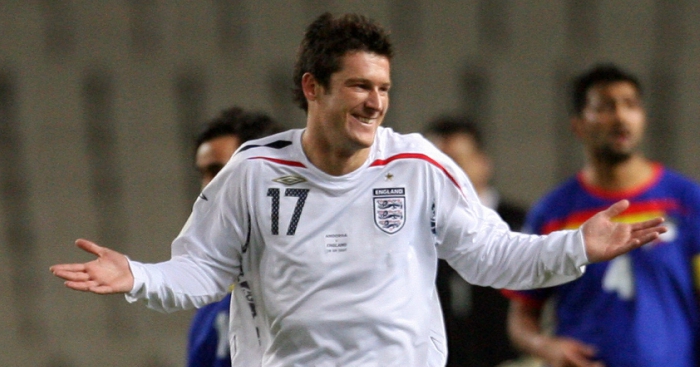 QUIZ: Can you name every England one cap wonder since 2000?

Remember when Townsend was actually kind of alright for England? That seems quite a long time ago now, but it’s worth noting he used his displays for the Three Lions to fuel a beef with Paul Merson.

Not bad for a player that should be 'nowhere near the squad' ay @PaulMerse ? 🐸☕️ pic.twitter.com/kQyFcZdY9N

“If that’s the only moment I’m going to have in an England shirt – hopefully not – I couldn’t have wished for it to have been any better.”

If you’re going to score on your England debut, against Scotland of all teams, doing it with your first touch to prompt a flurry of stories about how you used to work in a beetroot factory is a pretty good way to go.

The striker went on to score two more goals for the Three Lions but retired only three years after his final appearance for his country.

Things have continued to go quite well.

If you need a debut goal, give Rashford a call.

Wilson has made a further three appearances for England since scoring on his debut against the USA in 2018, but he is yet to add to his tally and has fallen down the pecking order behind younger talents.

Maybe not quite the greatest player ever to walk the earth. But still pretty good.

If you were to handpick opponents to face on your international debut, San Marino would be top of the list.

But that shouldn’t detract from Watkins’ achievement, especially considering he was playing for Exeter City in League Two only four years ago.

The competition to get into the England squad is tough these days, but the Aston Villa striker has done his chances no harm.