Where are they now? The 14 signings Ian Holloway made in a summer at Palace 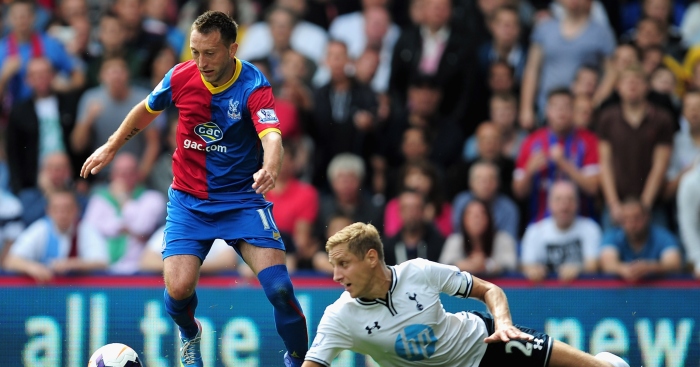 Crystal Palace only made five summer signings in the 2018-19 season, but their first campaign back in the top flight was very different.

After leading the London club back to the promised land via a Kevin Phillips penalty in the Championship play-off final, Ian Holloway brought in no fewer than 14 players.

None of the 14 are still at the club, while three didn’t even last the season and a further three were gone by January 2015. Here’s what the motley crew are up to now.

Alexander was already 35 when he joined from Rangers as back-up to Julián Speroni, only for the Argentine to restrict him to a solitary appearance in a League Cup defeat against Bristol City.

Holloway’s replacement Tony Pulis signed compatriot Wayne Hennessey in January, by which time Lewis Price was the more regular substitute and Alexander hadn’t even been in a matchday 18 for a full two months.

He returned to Scotland in the summer of 2014, spending time at Hearts, Aberdeen and Livingston before retiring in 2018 and joining Dundee United’s coaching staff.

Once described as “not necessarily the smallest footballer, but definitely the most wee”, Bannan arrived from Aston Villa for just £500k.

The Scottish international had scored just once for the Midlands club and was able to equal that for Palace before leaving for Sheffield Wednesday in 2015.

He’s still with the Owls and has scored a whopping three already this season. How’s that for personal development? 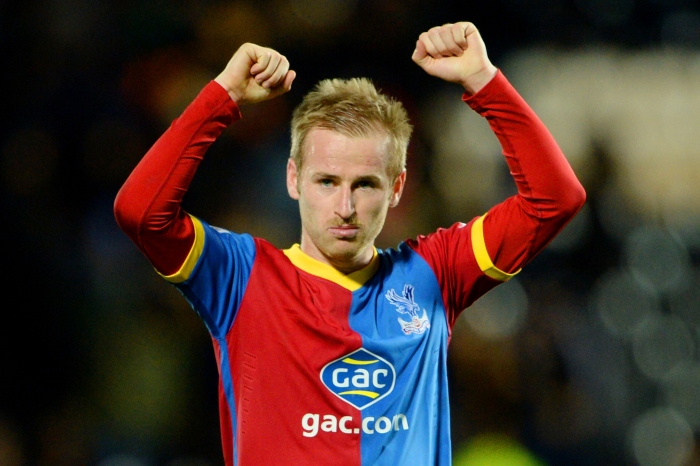 Campaña was an accomplished Spanish youth international when he arrived in south London but lasted just six months before being shipped off on loan.

His final appearance saw him hauled off at half-time in Holloway’s final game, a 4-1 defeat at home to a Fulham side which would end the season in 19th place.

Still just 25 years old, the midfielder is now in his third season with Levante after helping them win promotion to La Liga in 2017.

Unlike most of the players who joined in that window, Chamakh actually scored multiple goals in a Palace shirt.

Sure, 10 in three years isn’t great for a striker, but it’s slim pickings here.

He would go on to become one of Neil Warnock’s first Cardiff City signings but left the Bluebirds in late 2016 after just two appearances and has been without a club ever since.

Holloway signed Stephen Dobbie on loan twice when he was Blackpool manager but paid full whack when looking to bolster the Palace front-line.

The Scot played 111 minutes before being loaned out less than a month after his debut and spent the following campaign on loan at Fleetwood, never playing for Palace again.

Dobbie has scored 38 goals in 33 games for Queen of the South this season, netting his fifth hat-trick of the campaign in the cup in January, so it’s probably fair to say he’s found his level.

Even the most incompetent manager is likely to get one relative hit out of a batch of 14 signings, and for Holloway that man was Dwight Gayle.

Sure, spending £6million on a Peterborough player sounds dubious, but the striker scored eight goals in his first season, including one in Holloway’s only league win and two in that famous Crystanbul game.

Palace even turned a profit on Gayle, selling him to Championship Newcastle for £10million in 2016, and he has scored 16 goals for West Brom back in the Championship after joining the club on loan from the Magpies. 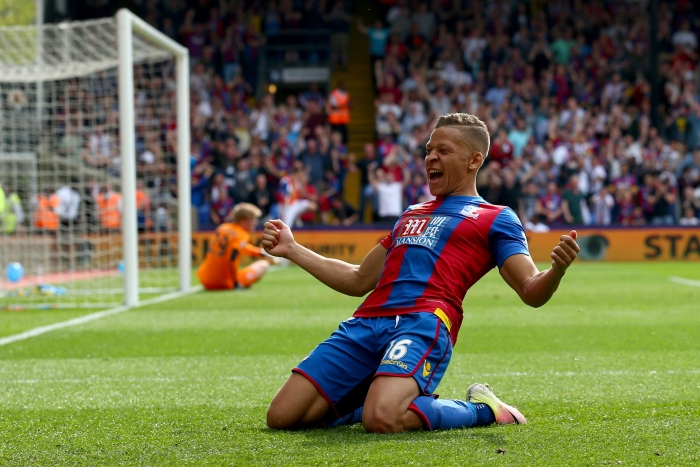 Another veteran of Holloway’s Blackpool reign, French midfielder Grandin played just once for Palace before being shipped off to… Blackpool.

Since leaving the Tangerines he has been around the houses, spending time in Romania, Cyprus and… Shrewsbury.

He was last spotted back in France, joining fourth-tier Fréjus Saint-Raphaël last season.

Guedioura managed to torpedo things so much at Palace that he dropped right out of the Algeria squad, missing out on a World Cup place to a 19-year-old Nabil Bentaleb.

The midfielder played just nine times in his first season after joining from Nottingham Forest but at least did slightly better after moving on to Watford, scoring their winner in an FA Cup quarter-final victory at Arsenal.

He spent three years at Sheffield Wednesday too, the first of which was on loan from Palace, but has since moved back south to join Bristol City.

Hunt’s 24 games this season include a 90-minute runout in the FA Cup victory over his former club Huddersfield Town.

Unlike some of the other recruits, former Reading winger Kébé at least had Premier League experience when he joined Palace, not that he had much of a chance to put it to use.

The Mali international was handed his debut by Holloway at Old Trafford but didn’t feature at all for the club after a cameo against West Ham in December.

After retiring from football at the age of 32, Kébé began a new career as a professional poker player, recently winning more than £75,000 at a World Poker Tour event in Morocco. 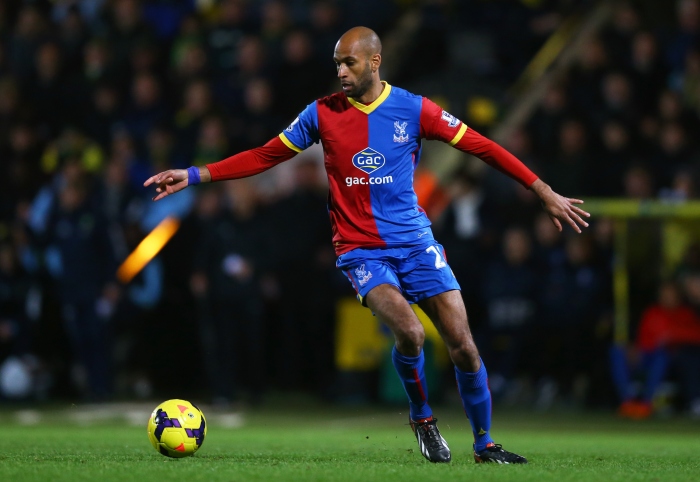 French defender Marange probably wouldn’t have joined the club if he’d known he wasn’t even going to make their 25-man league squad, but his entire Palace career amounted to one League Cup game and comments to the press about being “disgusted” with the way he was treated.

Marange was loaned out to Sochaux in January 2014, before joining the club permanently in the summer and remaining in France for the rest of his career.

The left-back retired from football shortly after leaving Bastia in 2017.

Finally, someone who has played Premier League football this season. Mariappa probably wouldn’t have been your first pick for that honour at the time, either, having just been relegated as part of a Reading defence that conceded 73 goals in 38 top-flight games.

Mariappa’s first Palace goal was overshadowed by the four Fulham efforts which followed, not least Pajtim Kasami’s equaliser, and he wasn’t able to add to that tally before rejoining boyhood club Watford in 2016.

He’s still featuring regularly for the Hornets, breaking back into the first team under Marco Silva and Javi Gracia after struggling to get a look-in under Walter Mazzarri.

Phillips was just a week shy of his 40th birthday when his loan move from Blackpool was made permanent, and it’s arguably a surprise that he even got a single Premier League minute.

His season amounted to five substitute appearances in a Palace shirt but ended with another promotion as his winner at Bournemouth – one of two goals he scored that season – helped set Leicester on the way to the Championship title.

After retiring in 2014, he moved straight into coaching and most recently worked with Gary Rowett at Stoke until the Potters’ manager was dismissed in January. 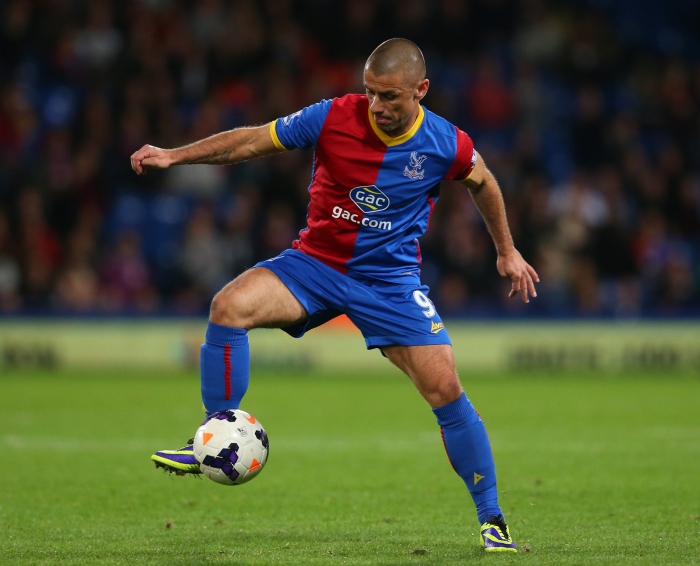 Thomas had already played for Arsenal, QPR and Charlton in his twenties, so where was the harm in giving the then-30-year-old a fourth London club to put on his CV.

The winger joined after being released by West Brom and spread his 12 Palace appearances over two years, the last one coming in an FA Cup win at Dover.

Spells at Rotherham and Port Vale followed before he hung up his boots, failing to prevent the latter from dropping into League Two.