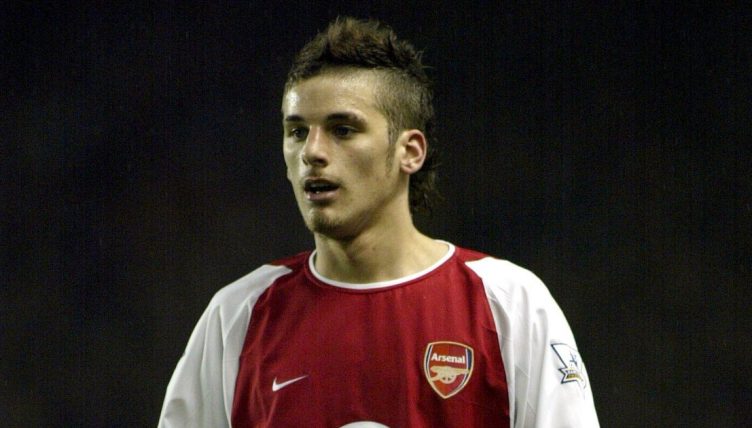 Few would struggle to reel off the stars of the Arsenal team which went a full Premier League campaign unbeaten, but what about the fringe players who helped out that season?

Lehmann, Lauren, Campbell, Toure, Cole, Pires, Gilberto, Vieira, Ljungberg, Bergkamp, Henry. When we think of the Invincibles, this is the team we all remember, with Ray Parlour, Sylvain Wiltord, Edu and one or two other big names supplementing things.

But there were also several lesser names who turned out for the club that season. We’ve taken a look back at all those who made fewer than 10 appearances that season to see how things have panned out for them since.

The ‘fox in the box’ played just 13 minutes in the 2003-04 season, replacing Dennis Bergkamp an hour into the Community Shield before picking up a straight red card for kicking out at Manchester United’s Phil Neville.

He subsequently returned to Everton on loan, failing to score a single league goal, and left Highbury for good in the summer.

Since retiring in 2013, the England international striker has moved into coaching and was most recently employed by League One side Ipswich Town. He left Portman Road in December 2021 after the sacking of Paul Cook.

Like Jeffers, Van Bronckhorst only featured in the Community Shield before being loaned out – but to Barcelona rather than Everton.

And his stint in Spain was rather more successful than Jeffers’ at Goodison, earning him a permanent move to Camp Nou.

He is the current boss of Rangers and has guided his side to the final of this season’s Europa League, cementing his place in Ibrox folklore.

Hoyte made his top-flight debut in a win at Birmingham in November 2003 and would go on to play more than 60 times for Arsenal in all competitions before eventually leaving for Middlesbrough in 2008.

The Trinidad & Tobago international moved to the United States in 2017, playing two seasons in the USL with FC Cincinnati before remaining with the club for their inaugural season in MLS.

Hoyte wasn’t the only member of the Invincibles squad to end up in Major League Soccer, but American defender Simek wasn’t one of them.

The Missouri-born youngster made his one and only Arsenal appearance in the 2003-04 League Cup against Wolves and eventually left in the summer of 2005.

Simek made more than 100 appearances for both Sheffield Wednesday and Carlisle United, spending his entire career in England. He last played in 2013, and we can’t find out a great deal about what he’s been up to since.

Frank, get in touch mate.

Stack played back-up to Jens Lehman in the 2003-04 campaign, but the German was ever-present in the league. This meant Stack was restricted to cup games, though he did feature in both legs of the League Cup semi-final defeat to Middlesbrough.

Stack dropped down the leagues after leaving Arsenal without a league appearance to his name, most notably playing under Edgar Davids at Barnet, and joined Watford’s coaching staff after his retirement in 2018. 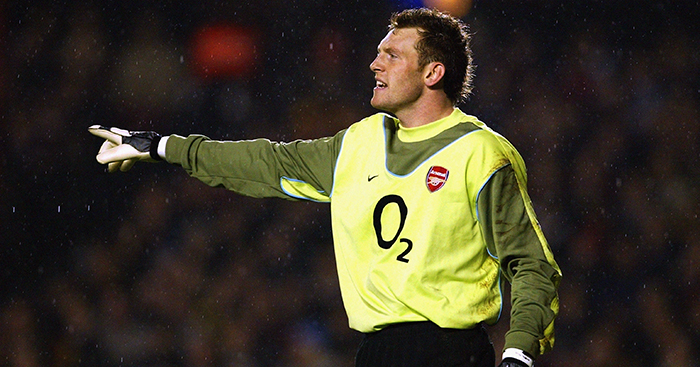 READ: Witness to History: Graham Stack on being the Arsenal Invincibles’ No.2

The prize for the most interesting career might go to Owusu-Abeyie, who played three cup games for Arsenal in 2003-04 and added a first Premier League start the following season.

After leaving north London in January 2006, the Dutch-born Ghana international has played in six further countries, never scoring more than four times in a single campaign.

He retired in 2020 to pursue a career as a rapper – but returned to football in the summer of 2020 when he was registered for Dutch amateur club SV Robinhood.

Bentley was tipped for big things at Arsenal, but an hour against Portsmouth on the final day of the season in 2004 ended up being his only league minutes for the club.

He played a total of eight times in 2003-04, scoring his first and only Gunners goal in an FA Cup victory over Middlesbrough, but was only laying the foundations for a career away from Arsenal when he moved on loan to newly-promoted Norwich City that summer.

Injuries forced the England international to retire early, and he has since opened up about the struggles he faced during his career.

'To retire was so liberating’

Another to make his Gunners debut in the 2003-04 season. Spicer was given a brief run-out against Rotherham United in the League Cup, but that would be his only appearance for the club before he left for Bournemouth midway through the following season.

The midfielder stuck around in the Football League until 2013, last playing just shy of his 30th birthday.

Thomas was made to wait for his Arsenal debut, with the north Londoner having spent two spells on loan with QPR before earning some League Cup action against Rotherham, West Brom and Middlesbrough.

He would end up playing top-flight football for four different clubs before retiring in 2017, though he didn’t reach double figures in the league for either Portsmouth or Crystal Palace.

Englishman Smith, who came off the bench for his Arsenal debut in the 2003-04 League Cup, is the second man on this list with MLS experience.

He played just six times for the London club, and turned out for a handful more for clubs lower down the English football pyramid, before crossing the Atlantic to play for Sporting Kansas City and Chivas USA.

Skulason had already made his Iceland debut before making his first competitive appearance in an Arsenal shirt, but while he played 36 times for his country, he never added to that one Arsenal game.

After travelling with his country to the 2018 World Cup, the midfielder spent the final two years of his career with Icelandic side Fylkir. He is currently the manager of his country’s U19 squad.

Czech forward Papadopulos spent the entire Invincibles season on loan at Arsenal from Banik Ostrava but only ended up with seven League Cup minutes to show for it.

One of the youngest players on Arsenal’s books at the time, he is still playing and continues to bang in the goals. Papadopulos has 16 for Polish club Piast Gliwice in two-and-a-half years, keeping the club in contention for a Champions League spot.

If you want to hear even more, you’ll be delighted to hear we spoke to Smith, Skulason and Papadopulos about their time at Arsenal. 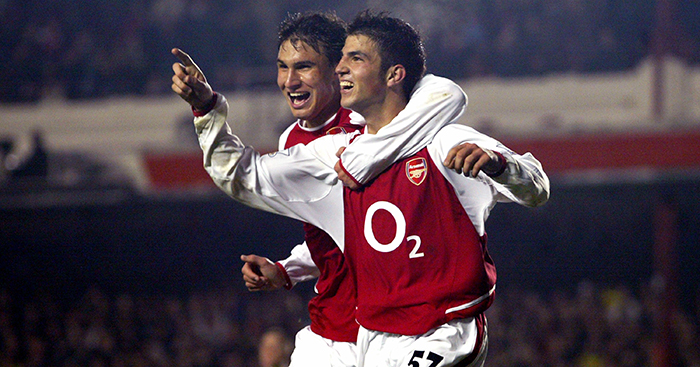 READ: How the Arsenal Invincibles helped the kids on the fringes launch their careers

Greek defender Tavlaridis made his Premier League bow at the end of the 2002-03 season and followed it up with three League Cup appearances the following campaign. Incidentally, it was only after he left on loan that Arsenal lost in the competition.

He joined Lille on loan in January 2004, making the move permanent that summer, and his most notable achievement for the French club came in 2005 when he helped knock Manchester United out of the Champions League with back-to-back group stage shutouts.

He retired in 2018 after seeing out his career back in Greece.

The final youngster is probably the best-known of the bunch, even if his first-team action in the 2003-04 season consisted of just three cup games: Fàbregas eventually left Arsenal in 2011 after more than 300 games for the club.

Following spells with Barcelona and Chelsea, the Spaniard moved to Monaco in January 2019 and has spent the last three years in France.

But the World Cup winner will leave the Ligue 1 side this summer and his next destination remains unclear.