Where are they now? The 14 Barca kids given debuts by Pep Guardiola 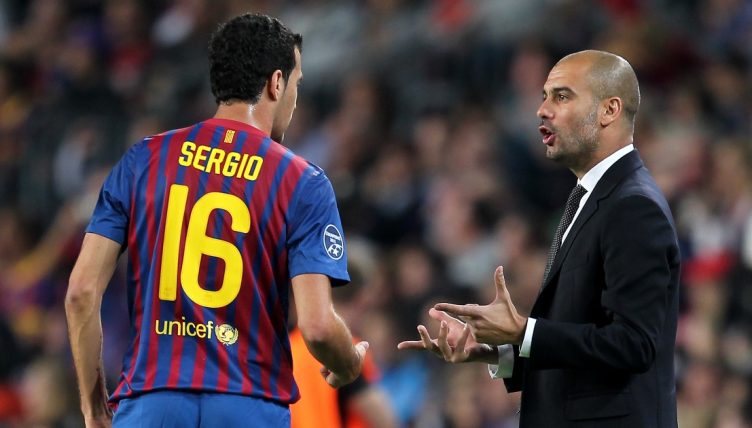 Barcelona are renowned for giving academy graduates opportunities in the first team, but what became of those to break through during Pep Guardiola’s four years in charge?

Guardiola had managed the B team before replacing Frank Rijkaard in 2008 and used that experience to integrate players into the first team.

We’ve taken a look back at every academy product Guardiola handed a senior debut to at Barcelona.

With Victor Valdes well-established as Barca’s No.1, Oier made just two first-team appearances for the club before joining Granada in 2014.

The goalkeeper then had spells with Real Sociedad and Levante before returning to Catalonia with Espanyol in January 2020. But he made just La Liga appearances in two and a half years with Barca’s city rivals, going on to join Cypriot outfit Pafos in the summer.

Botia made his one and only Barcelona appearance against Deportivo La Coruna in La Liga in 2009, coming on as a late substitute for Gerard Pique in a 2-2 draw.

He made another 139 La Liga appearances with Sporting Gijon, Sevilla and Elche before joining Olympiakos in 2014.

The 33-year-old spent four years in Greece, winning three league titles, and is now playing in Saudi Arabia with Al-Wehda.

Muniesa made his debut aged 17 years and 57 days against Osasuna in 2009, although it was one of only four appearances for the club.

The defender joined Stoke City on a free transfer in 2013, but his five years with the Potters were plagued by a string of injury problems.

“For me and my family, we will be grateful all our lives to Pep Guardiola for giving me my debut with Barcelona,” Muniesa told Sportskeeda in 2018. “It’s a moment we will remember all our lives.” 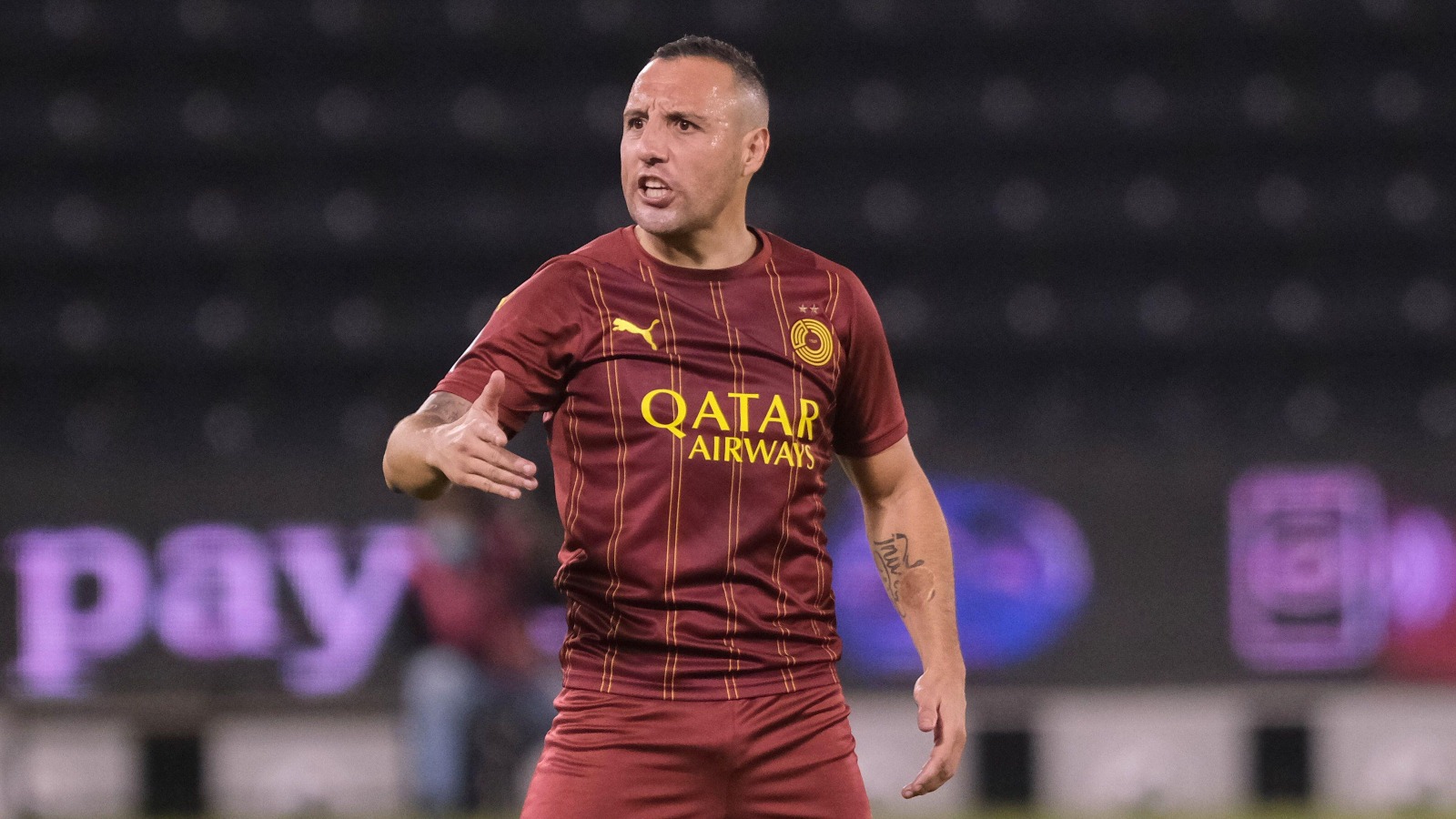 READ: An XI of great players you had no idea are playing in the middle east

Sergio Busquets is one of a kind…

Ice in his veins ❄️

Thiago was regarded as one of Barcelona’s brightest prospects and made his first-team debut against Mallorca in 2009 when he was just 18 years of age.

But after failing to break up the trio of Busquets, Xavi and Andres Iniesta, the midfielder reunited with Guardiola at Bayern Munich in 2013.

He won seven consecutive Bundesliga titles, four DFB-Pokals and the Champions League in Bavaria before joining Liverpool in 2020. After an injury-hit debut season at Anfield, he shone as they chased the quadruple in year two, ending up with the League Cup and FA Cup while falling just short in the Premier League and Champions League.

The younger brother of Giovani Dos Santos, Jonathan made 19 appearances under Guardiola and remained at Barcelona until 2014.

The Mexico international then played alongside his brother at Villarreal and has spent five years in the MLS with LA Galaxy, who he went on to captain, before returning to Mexico with Club America in December 2021.

Assulin was compared to Lionel Messi after excelling at Barcelona B and made his senior debut against Cultural Leonesa in the Copa del Rey in 2009.

The Israeli midfielder decided to join Manchester City in 2010 but made no first-team appearances at the club before heading back to Spain two years later with Racing Santander.

“Training with Barcelona’s first team was the best experience I’ve had in my career,” Assulin told us in 2018. “I learned so much. I’m proud to say I was training with such big players.

“I’ve learned from Messi, Henry, Zlatan. They’re all different types of players, so it was great to see how they operate and pick up little things from them.”

Bartra was handed his debut by Guardiola against Atletico Madrid in February 2010, but the centre-back never managed to establish himself as a regular starter.

The most abiding memory of his time at the club was getting burned for pace by Gareth Bale for the Welshman’s iconic match-winner for Real Madrid in the 2014 Copa del Rey final.

He signed for Borussia Dortmund in 2016 before returning to La Liga with Real Betis two years later. Last season he won the Copa del Rey with Los Verdiblancos – which must’ve tasted sweet after that Bale goal – before departing for Turkish Super Lig club Trabzonspor in the summer.

Romeu only made two first-team appearances for Barcelona before being sold to Chelsea for £4.35million in 2011.

The midfielder failed to make an impact at Stamford Bridge and has since carved out a decent career at Southampton, making over 200 appearances for the Saints.

“Guardiola was amazing with young players,” Romeu told The Guardian in 2016. “Sometimes he used to spend longer with us than with the senior players. He loved to correct things to make us better.

“We all learned a lot from him. He loves football, he loves being a coach and that comes out in the results of every team he picks.”

Last summer, after seven seasons, he left St. Mary’s and is now back in Catalonia, turning out for newly-promoted Girona.

Roberto made his senior competitive debut in a 5-1 win over lower league side Ceuta in the Copa del Rey in 2010 and hasn’t looked back since.

The 30-year-old has established himself as a key player for the Blaugrana, showcasing his versatility by playing in central midfield or right-back.

He has won six La Liga titles and famously scored a last-minute winner to complete Barcelona’s 6-5 comeback against PSG in 2017.

Montoya was tipped to eventually succeed Dani Alves at Barcelona and made his senior debut in a 3-0 win against Mallorca in 2011.

But he fell out of favour under Luis Enrique and joined Valencia in 2016 in search of more first-team opportunities.

The right-back then made the switch to Brighton in 2018 and featured regularly for the Seagulls before returning to La Liga to play alongside Bartra at Real Betis, though he’s only made a handful of appearances for the Verdiblancos.

Cuenca broke into the first team during Guardiola’s final season at the Nou Camp, making 30 appearances in all competitions.

A string of knee injuries hampered his development and the winger joined Deportivo La Coruna after being released by Barcelona in 2014.

The 31-year-old then had spells in Turkey and Israel before joining Japanese side Vegalta Sendai in 2020. He’s currently a free agent, having cut short his time in Japan after suffering a serious meniscus injury. It remains to be seen whether he’ll play again.

Tello netted a brace on his Champions League debut against Bayer Leverkusen in 2012 and was tipped for a bright future at Barcelona.

The winger made 86 appearances for the club but fell down the pecking order following Neymar’s arrival and joined Real Betis on a permanent deal in 2017. He spent five years at the Benito Villamarin and left alongside Bartra last summer, joining MLS outfit LAFC.

Deulofeu was another highly-rated winger from the La Masia academy, but his path into the first team was blocked by a collection of superstar forwards.

“It was very hard because you’re playing well for Barca B and you know that you have Messi, Neymar and Pedro ahead of you, a lot of really good players and you have to decide if you want to be patient or leave and live other experiences, and play,” Deulofeu told beIN Sports in May 2020.

After loan spells at Everton and Sevilla, Deulofeu joined the former on a permanent deal in 2015 but returned to the Nou Camp for a second spell in 2017.

The Spain international made 10 La Liga appearances for the club before being sold to Watford in 2018, going on to join the Pozzos’ sister club Udinese following the Hornets’ relegation in 2020.