Where are they now? The 18 players Louis van Gaal signed for Man Utd 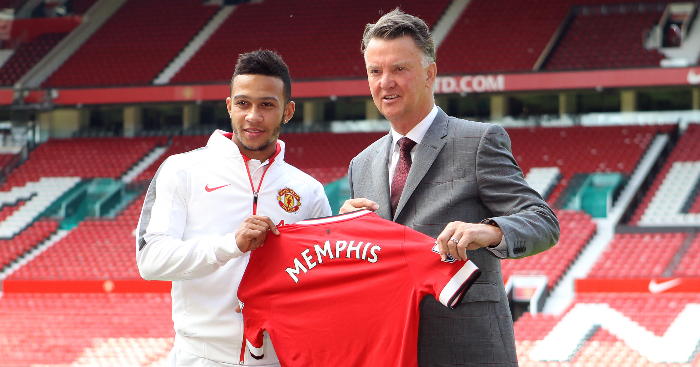 Louis van Gaal’s time in charge of Manchester United was arguably more memorable for his one-of-a-kind manner than the football on the pitch, but what kind of a legacy did he leave?

The veteran Dutch coach did well to steady the ship and get the club back into the Champions League after The David Moyes Debacle and left the club after leading them to FA Cup glory.

But his record of signing players wasn’t the best, with more misses than hits. Eighteen players arrived during his two-year stint and here’s what they’re doing now.

A year after bizarre and dubious shenanigans behind the scenes scuppered a move from Athletic Bilbao, the tough-tackling midfielder eventually arrived to become the first signing of the Van Gaal era, while the Dutchman was managing his country at the World Cup in Brazil.

He made 189 appearances across five seasons at the club, winning the FA Cup, League Cup and Europa League. Having seen out his contract, he signed a five-year deal with PSG in the summer of 2019, winning a domestic treble and starting in the Champions League final as they lost 1-0 to Bayern Munich in his first season.

For users of online football betting, the arrival of Mauricio Pochettino as boss will make for interesting viewing to see whether Herrera and PSG can go one further in the Champions League this season.

The former Southampton full-back has often been linked with reuniting with his former mentor Mauricio Pochettino over the years, but he’s now into his seventh season at Old Trafford.

Injuries and Jose Mourinho’s management style have resulted in ups and downs during that time, but he seems to have established himself as Ole Gunnar Solskjaer’s first-choice-left back now. The arrival of Alex Telles has kept him on his toes, too.

The goalkeeper is the younger brother of Lazio star Sergej Milinkovic-Savic. The pair of them left boyhood club Vojvodina in the same summer, with Sergej getting started at Genk before he moved to Serie A a year later.

Vanja, meanwhile, was signed by United before being loaned straight back to the Serbian outfit. He never made a first-team appearance during his two years on United’s books and was sold to Lechia Gdansk in 2016.

He’s now at Torino but has only made one league appearance for the club and has been loaned away in each of the last three seasons.

Having looked an impressively tenacious presence at left-back as Argentina finished runners-up to Germany in the 2014 World Cup, Rojo arrived for a reported £16million fee from Spartak Moscow.

With Patrice Evra gone, he looked set to compete with fellow new recruit Shaw for the newly-vacant left-back spot. At times early on he looked to have won the argument; the former Saints man’s time spent in the treatment room allowed him plenty of first-team opportunities.

Increasingly erratic, Rojo found himself pushed further to the fringes as time went by. Having seen last season’s loan at Estudiantes cut short by the pandemic, he’s been left unregistered for all competitions this season. Now into the final few months of his deal, the end is in sight.

Despite scoring that sensational goal against Leicester, Di Maria never really settled in Manchester and joined PSG for £44.3million after one underwhelming season at Old Trafford.

The Argentina international is now into his sixth year at PSG, where he’s won four Ligue titles and scored 85 goals in 238 appearances in all competitions.

Falcao scored four Premier League goals in 26 appearances for United, and the sensation he’d lost it was further confirmed at a subsequent dodgy loan spell with Chelsea.

But the striker rediscovered his best form for Monaco and was a key part of the side that reached the Champions League semi-finals and upset the odds to beat PSG to the 2016-17 Ligue 1 title.

He is now playing for Turkish side Galatasaray and has scored 16 goals in his first 31 appearances.

Another figure that caught the eye with impressive performances at the 2014 World Cup, versatile Ajax academy graduate Blind was a key player for the Netherlands as they were a penalty shootout away from reaching a second successive final.

Reuniting with Van Gaal, he outlasted his compatriot by a couple of years and started at centre-back as United beat his boyhood club in the 2017 Europa League final.

Back at Ajax since 2018, he’s been a near ever-present as they’ve returned to the Eredivisie summit, agonisingly close to reaching the Champions League final during his first year back. 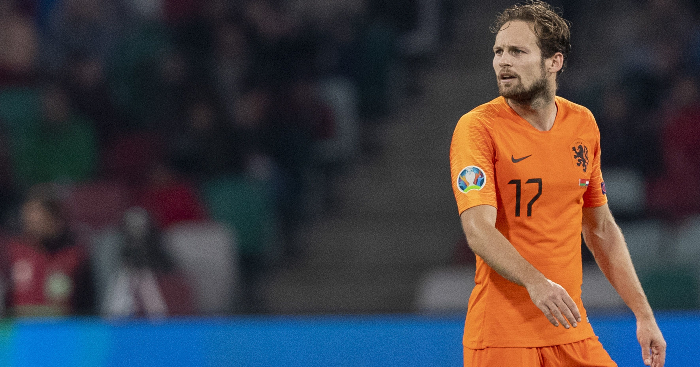 Joining from Ajax as a 16-year-old in 2014, Fosu-Mensah made 21 appearances as a teenager under Van Gaal but has only managed nine since.

Loans at Fulham and Crystal Palace followed, and it looks like his days on the books at Old Trafford are numbered; Bayer Leverkusen are reportedly interested in taking him on permanently.

One of United’s weirdest signings, Kellett arrived at United on loan from Championship outfit Bolton in January 2015 and made 10 appearances for the club’s Under-21s.

The 27-year-old has since enjoyed spells at Wigan, Notts County, AFC Fylde and Alfreton Town before joining National League North side Guiseley in 2020.

A serious knee injury saw a move to Monaco break down after Valdes’ many years of service to Barcelona, and instead he completed his rehab at United, going on to sign an 18-month deal in January 2015.

Van Gaal alleged he refused to play in a reserve game and transfer-listed him a few months later, and his time at the club came to an end after a short loan to Standard Liege. He hung up his gloves after suffering relegation with Aitor Karanka’s Middlesbrough in 2017.

Returning to Barcelona to take over the Juvenil side, he was sacked after less than four months in charge. He’s currently in charge of Catalan side UA Horta, who compete in the regional fourth-tier of the Spanish pyramid. 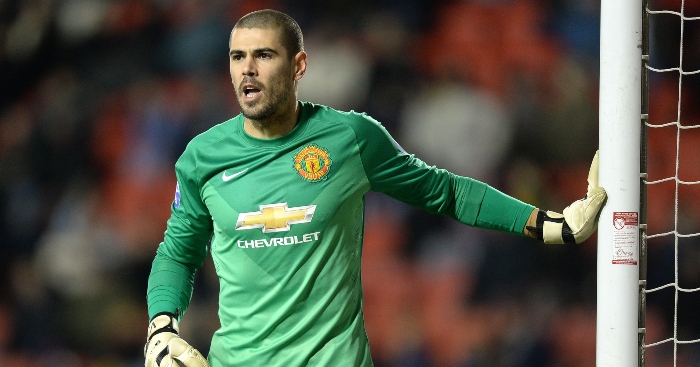 The Libya international, a former Man City academy player, made an eyebrow-raising move from Gary Neville’s Salford City in January 2015 after reportedly impressing on trial.

No senior appearances would follow, but he made a handful of appearances for the Under-21s. He’s currently with Sudanese side Al-Hilal Omdurman, following stints with Politehnica Iasi, Al Ahli Tripoli and Gary Caldwell’s Chesterfield.

Depay played under Van Gaal with the Netherlands was tipped to be the next big thing after joining United from PSV in 2015.

He failed to live up to expectations at Old Trafford, scoring just two Premier League goals before completing a £16million move to Lyon in January 2017.

The 26-year-old has started to fulfil his undoubted potential in France, helping the Ligue 1 side reach the Champions League semi-finals in 2019-20.

Even more recently, Depay made the news for criticising Manchester United’s owners in a new rap. We love him. 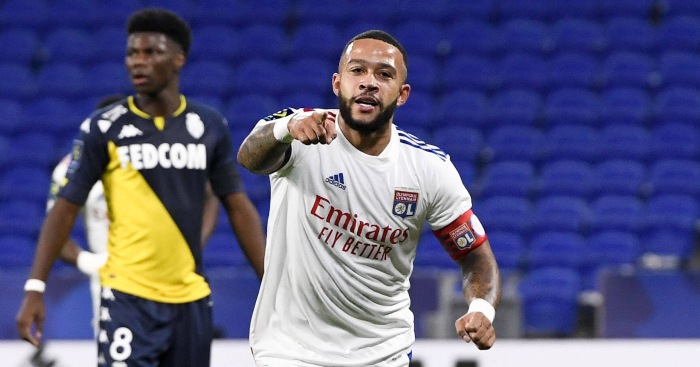 Despite being a fan-favourite, Rafael fell out of favour under Van Gaal and was replaced by Darmian in 2015.

The right-back never established himself as a first-team regular and returned to his native Italy in 2019, joining Parma in a £1.4million deal.

Having worked under Van Gaal at Bayern Munich, Schweinsteiger joined United in 2015 but made just 35 appearances for the club in all competitions.

The former Germany international spent two-and-half years in the MLS with Chicago Fire before deciding to hang up his boots in 2019.

He is currently working as an analyst for German broadcaster ARD but could return to football in a managerial role.

“If something interesting was to come up at some point that I would enjoy, I’d think about it,'” Schweinsteiger told German outlet Frankfurter Allgemeine Sonntagszeitung in May 2020. “But whenever I do something, I want to win and achieve something.”

After moving to United in the summer of 2015, the former Southampton midfielder never really recaptured the form he had shown on the south coast.

Schneiderlin was almost immediately exiled by Jose Mourinho, making just eight appearances under the Portuguese before moving to Everton in January 2017 for an initial £20million.

The France international similarly failed to find his best form at Goodison Park and joined Ligue 1 side Nice in 2020. 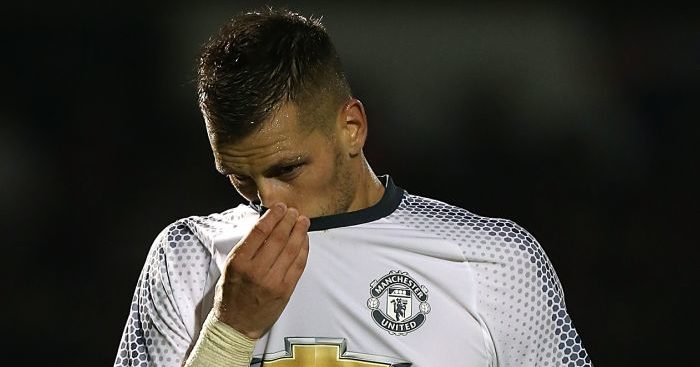 READ: The £130million losses Man Utd have made on sales under Ed Woodward

Romero has made just seven Premier League appearances for United but featured throughout the Europa League winning campaign of 2016-17.

But the goalkeeper fell further down the pecking order following the return of Dean Henderson from Sheffield United and was omitted from their Premier League squad for 2020-21.

His contract expires at the end of the season and Ole Gunnar Solskjaer has confirmed that he won’t be getting a new deal.

Martial was a relatively unknown teenager when United decided to sign him from Monaco on transfer deadline day in 2015 for an initial £36million.

He announced himself to the world with a stunning solo goal on his debut against Liverpool and enjoyed a brilliant debut season.

The France international struggled for consistency during Mourinho’s reign but has become one of the first names on the team sheet under Ole Gunnar Solskjaer. 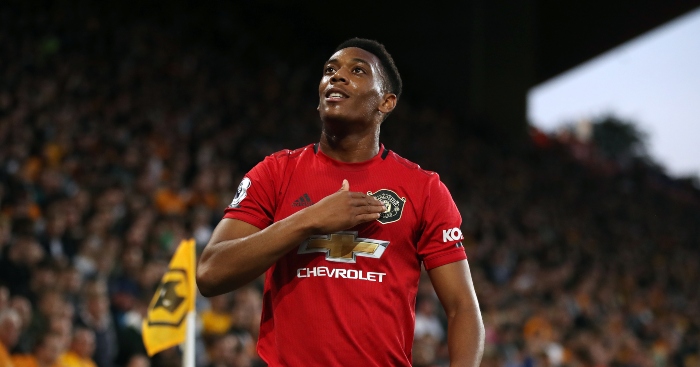 Poole joined United from Newport County and made his one and only senior appearance for the club as a substitute in a Europa League last-32 tie against FC Midtjylland in 2016.

Following a couple of loan spells away from Old Trafford, the defender was released in 2019 and has since become a regular for League One side MK Dons.