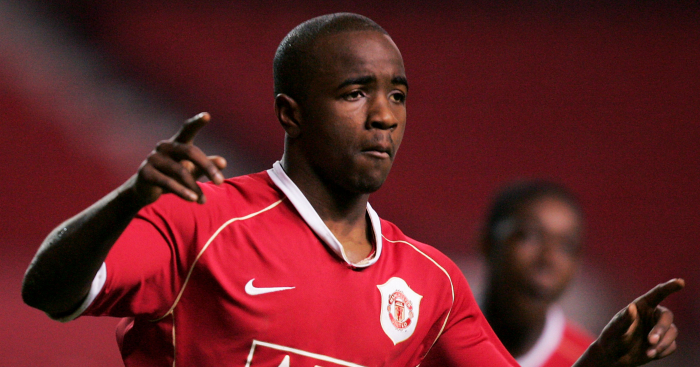 A Barcelona player has been named MVP of the prestigious La Liga Promises tournament in each of the past four years – but how have previous winners of award fared in their careers?

The tournament has been played every year since 1996 and sees invited clubs’ under-12 sides compete against one another, with a number of now well-known names appearing in previous seasons.

We’ve taken a look over all 23 winners of the prize to see whether they lived up to the early hype.

The right-back went on to be a regular for Real Madrid B but made just two La Liga appearances – both of which came in defeats – for the first team.

After leaving the Bernabeu, Palencia spent a disappointing campaign in Belgium before dropping down the Spanish divisions.

A winner with Atletico Madrid, Del Prado similarly dropped down the leagues in Spain and, according to Marca, ended his career playing indoor football.

Gorrono never made the grade at Athletic Bilbao and instead spent his career in Spain’s third tier. We’re starting to lose faith in this.

The first name you are likely to recognise. Granero had to leave Real Madrid for Getafe to make his top-flight breakthrough, but he ultimately impressed enough to earn a return to the Bernabeu.

A La Liga title and Copa del Rey triumph followed, but the midfielder was sold to QPR after even left-back Fabio Coentrao began to get a game in the middle of the park ahead of Granero under Jose Mourinho, who accused the player of being a “rat” and leaking the team to the media ahead of a clash with Barcelona.

After suffering relegation with QPR, Granero return to Spain with Real Sociedad and is still going for Espanyol.

The future looked bright for Ramos at Real Madrid when he was called up to the first team for pre-season under Bernd Schuster, having also helped Spain win the Under-17 European Championships.

But the goalkeeper ultimately failed to make a senior appearance and was passed around the B teams of a number of clubs before dropping into the lower divisions.

Another player fans in England may recognise, Brandy played for the Three Lions at a variety of youth levels and was on the books at Manchester United.

But the forward has gone on to have a nomadic career, playing for a number of clubs in England’s lower divisions as well as spells in Greece and Thailand, most recently appearing for Droylsden.

Droylsden, in the eighth tier have ex-Man United youngster Febian Brandy up top and Liam Dickinson, who once cost Derby £750k, on the bench. Not bad. https://t.co/ggdp2yzNPE

Given he has carved out a career in Serie A for the likes of Roma, Genoa and now Torino, Falque can consider himself a major success, especially in comparison to many of the other players to have won this award.

But the Spanish forward perhaps never truly fulfilled his potential, having been a part of youth systems at Real Madrid, Barcelona and Juventus before joining Tottenham, failing to make an impression in England at either White Hart Lane or on loan at Southampton.

His three years at Torino have been the first time he has spent consecutive seasons at the same club.

Formerly of Bayer Leverkusen and Barcelona, as of 2017, Krol was playing in Germany’s sixth tier.

Success is all relative, and on this list Tore has been a huge success having been on the books of Bayer Leverkusen, Chelsea, Hamburg, Rubin Kazan and Besiktas, as well as becoming a full Turkey international.

And when we asked resident West Ham fan Tom Victor to sum up the winger’s eight-game loan spell in east London, he replied: “I’d say most people wouldn’t be able to tell you a single thing he did, and yet he got his own song.”

Formerly of Barcelona, and a product of the Samuel Eto’o academy, Moussima has since disappeared into the obscurity of France’s lower leagues.

We still have absolutely no idea how good he actually is.

Like Moussima, Ebwelle joined Barcelona from the Samuel Eto’o academy in Cameroon.

The winger left to join Valencia in 2014 but is now playing in Spain’s third tier, the quality of which is hard to define given it features 80 clubs.

If you thought Spain’s third tier was a bit mad, former Barca prospect Alvarez now plays in the fourth division, which is made up of 366 teams.

Soler’s career path has actually continued as expected, with the midfielder graduating from Valencia’s academy to become a regular in the first team.

And Carlos Soler won the match with an equally FIFA-esque goal pic.twitter.com/eIgTW1vD6l

Formerly of Real Madrid, Cedenilla has miraculously made a career out of football after bravely beating cancer at the age of 15.

The left-back joined Malaga as an 18-year-old and now plays for Alcorcon.

Seems to be on his way to the Andorran first division.

Still just 18, the midfielder has left Barcelona to join Villarreal.

Linked with Southampton in the summer having spent time training with the club. Benfica and Porto are also reportedly interested in the winger, who remains at Real Madrid to date.

Plays for Valencia. Is a child.

Named after Xavi, already compared to Andres Iniesta and Lionel Messi, and with over a million followers on Instagram, it’s fair to say there’s quite a lot of hype about Simons.

Xavi Simons wishes you a happy New Years, and so do we! Thanks for a great 2018, see you around for an even better 2019! 🤪🥳 pic.twitter.com/YnSJEUVCKh

The second of four consecutive winners from Barcelona.

A foetus that is already far, far better than you at football.