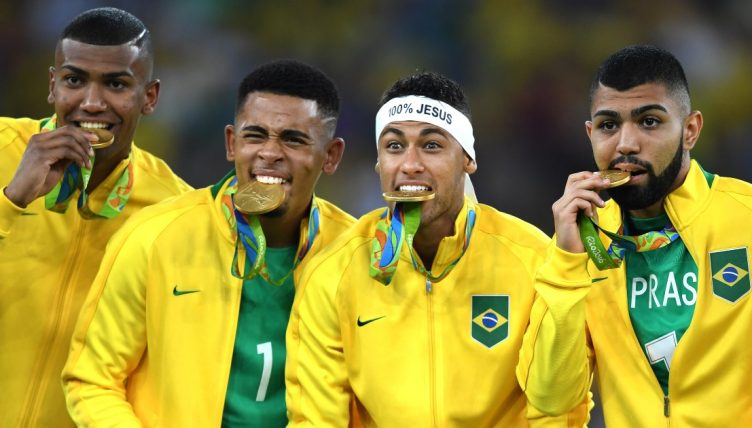 The Olympics was the last title to add, the only major honour that Brazil had not won. Yet in 2016, in the iconic Maracana, they finally managed it, beating Germany to take Olympic football gold.

After the 90 minutes had finished 1-1 – goals from Neymar and Max Meyer keeping things level – Brazil won the game from the spot, converting all five of their penalties with that man Neymar tucking away the all-important fifth.

Each of the 13 players who featured made themselves national heroes that night, and got a tiny slice of revenge for that 7-1 defeat in 2014. But did all the Under-23s that featured use the Olympic title as a springboard to go on to stellar career? And how have Brazil’s few overage players fared since?

We’ve taken a look at each of them and what they’ve achieved in the intervening years.

The goalkeeper was one of Brazil’s overage contingent and a last-minute call up in 2016, getting the nod after Palmeiras veteran Fernando Prass had broken his elbow.

At the time playing his club football with Brazilian side Athletico Paranaense, Weverton had been a solid performer for the previous four seasons without ever winning too much.

Since that gold medal, however, he has reached new heights, making a senior Brazil debut in 2017 and moving to Palmeiras – to replace Prass – at the end of that year, where he has won the 2018 Brazilian title and a Copa do Brasil and Copa Libertadores double in the 2020 season.

As a result of that success, he has kept his place in the Brazil squad, making himself the go-to option for the third spot alongside Alisson and Ederson.

Weverton was also tipped to make a return to the Olympic squad for Tokyo 2020, but, with the Brazilian season in full swing, Palmeiras refused to release him. Instead, his former Athletico team-mate Santos is keeping goal for Brazil this time around.

“The most important thing is having a friend, like Santos, who I know will have a great Olympics,” Weverton said before the tournament. “I know how important winning that gold was for me, and I’ll be cheering him on.”

Just 22 when the Olympics came around in Rio, Zeca was tipped for big things. He could play in both full-back positions, looked good on the ball, and was doing exceptionally well in the Santos team that finished second in the league under Dorival Junior in 2016.

Things haven’t gone to plan since, however. In 2018, he left Santos after fans had tried to attack him, and he had been through a protracted legal battle over unpaid salaries.

At Internacional, he was not always first choice and in 2021, after a loan at Bahia, he moved to Vasco Da Gama to play in the Brazilian second tier.

Another 22-year-old in 2016, Rodrigo Caio was the golden boy of the famed Sao Paulo academy that has produced the likes of Kaka and Casemiro.

Yet he did not get the move to Europe that he wanted and after some poor performances in 2018, he fell out of favour with Sao Paulo fans.

But a transfer to Flamengo has revived his fortunes and over the last two and a half seasons, he has won three Rio de Janeiro state championships, two Brazilian titles and the all-important Libertadores, playing in South America’s most exciting side.

The Olympics vaulted the left-back directly into European football. Less than a month after the final, he moved from Atletico Mineiro to Hamburg, where he spent three seasons before going further east to join Zenit St. Petersburg in 2019.

Despite a relegation on his CV with Hamburg, things have worked out pretty well for Santos in Russia, and he now has two Russian Premier Leagues and a Russian Cup on his shelf.

In 2020, he recalled the gold medal to World Football Index: “Winning against Germany is always good. We celebrated a lot, mainly for having been Brazil’s first gold medal in football at the Olympics. I felt that I was living in a unique moment. I was part of an event that has a wonderful story behind it.

“I learned in the Olympics how to be a champion, the team needs to be integrated and focused on the same thing, and that’s what we did.”

Another of the overage players, Renato Augusto might not be the biggest name in Europe, but he has been a beautiful midfield technician for well over a decade.

His time at Bayer Leverkusen from 2008 until 2012 was unfortunately plagued by injury, but he returned home to win a Brazilian league title in 2015 with Corinthians and, despite a move to China in early 2016, made himself an integral part of the Brazil side that qualified so convincingly for the 2018 World Cup.

After five years at Beijing Guoan, he moved back to Corinthians in July 2021.

Like Douglas Santos, Walace’s performances at the 2016 Olympics, combined with his form for Gremio at club level, convinced Hamburg to take him across the Atlantic.

His move came in 2017, with Hamburg’s relegation arriving at the end of that season. A move to Hannover brought another relegation, and Walace jumped ship again to join Udinese, where he started 23 times in Serie A in 2020-21.

In 2016, Santos teenager Gabriel ‘Gabigol’ Barbosa was one of the coming men of world football, the ‘new Neymar’, the ‘new Robinho’, the best thing since bloody sliced bread.

Then, after a €30million transfer to Inter Milan, a crap season in Serie A, another crap season on loan at Benfica and lots and lots of reports about attitude problems, he was tossed onto the scrap heap.

Since a move back to Brazil, however, he has rebuilt his reputation, finishing as the Brazilian league’s top scorer in 2018 and 2019, with Santos and Flamengo, respectively, and winning back-to-back Brazilian titles and the 2019 Libertadores alongside Rodrigo Caio.

Gabigol’s replacement Felipe Anderson was also a Santos academy graduate but by 2016 he’d already been in Europe for three seasons, learning his trade at Lazio.

A £36million move to West Ham came in 2018, but that did not go as planned and after a poor season on loan at Porto, Felipe moved back to Lazio in July 2021.

You know, the most expensive player in football history? The fella who always gets injured and goes back to Brazil for his sister’s birthday? 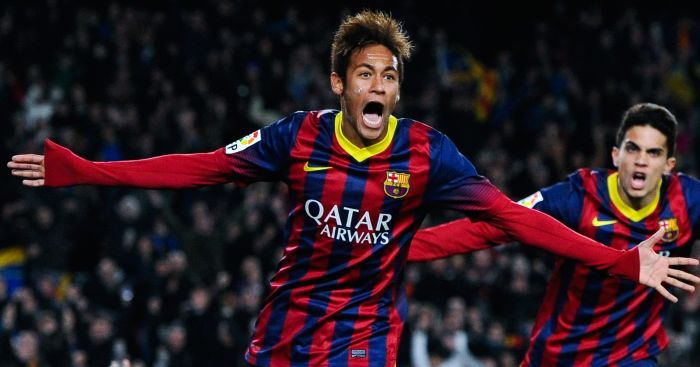 Of the much-vaunted Brazilian front four from the 2016 Olympics, Luan is very much the one who got away.

He was the star of a fine crop of Gremio youngsters, the classic Brazilian No.10, floating around behind the forwards and nonchalantly spraying the ball left and right. He went on to win the Copa do Brasil in 2016 and the Copa Libertadores in 2017, being named the best player in the Americas in El Pais’ prestigious poll.

Then it all went wrong – and if the Brazilian gossip press is to be believed, the decline may well be down to a few too many nights on the fizzy pop.

His Gremio form tailed off, rumours of a move to Europe dissipated, and now, aged 28, Luan is sat on the bench for Corinthians, who are sat squarely in mid-table in the Brasileirao.

Most people in Europe hadn’t heard of Gabriel Jesus in July 2016, but that Olympics, followed by a barnstorming season with Palmeiras, in which he led them to the Brazilian league title, put Jesus’ name firmly on the radar of the world’s biggest clubs.

After a personal phone call from Pep Guardiola, Jesus chose to accept Manchester City’s offer and he made the €33million switch in January 2017.

A blistering start in Manchester has been followed by a few up-and-down seasons, in which he has been mainly used as a back-up to Sergio Aguero, sparking reports that he might move away.

Rafinha, meanwhile, has had an odd career since 2016. Injuries stopped him from fulfilling his potential at Barcelona, but loans at Inter Milan and Celta Vigo went well and PSG took him to France in summer 2020.

In Paris, he has again struggled for minutes, however, with such competition for places in attacking midfield.

Where are they now? Team GB’s XI from their 2012 Olympics opener

Can you name every Brazilian to appear for Arsenal in the Premier League?